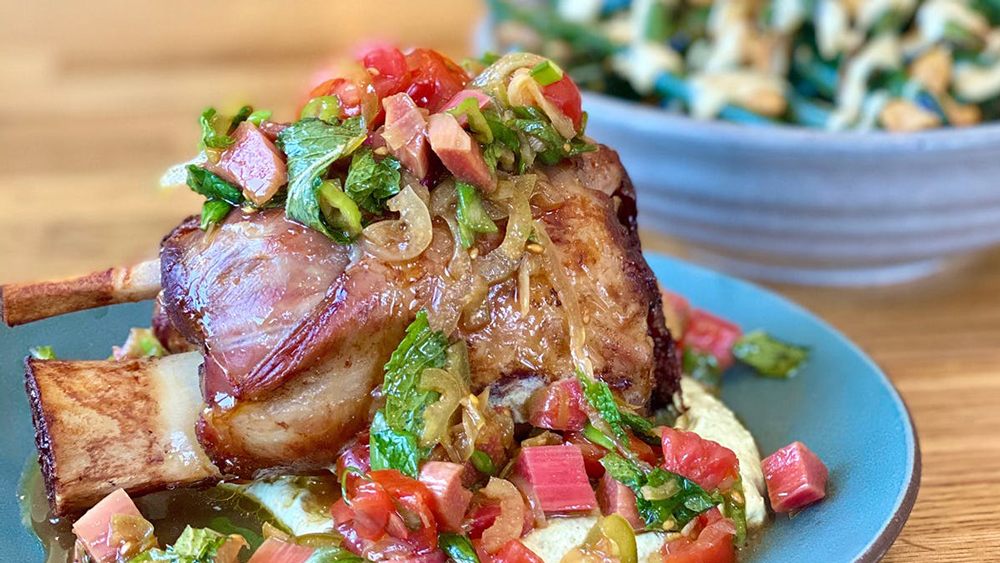 A few years ago, my wife and I returned to Chicago—the city where we met—for a friend’s wedding. It happened to be the same week as my birthday, so we made the trip a little longer to have time to celebrate both occasions. On my “big day,” there was really only one place I wanted to go: Stephanie Izard’s Girl & the Goat. Since opening in 2010, the place was perpetually packed with people feasting on the Top Chef champ’s unpretentious. hearty, globally influenced fare. I wanted to among the throngs for a night and it definitely lived up to the hype. Since then, I’ve eaten Stephanie’s food on many occasions—pretty much any time I’m back in the Windy City.

Over the weekend, Izard’s restaurant turned 10 and considering that restaurants age in dog years, it’s quite the feat. Of course, with Covid-19, I couldn’t be there to celebrate the restaurant’s birthday. But I could have her food anyway.

Though the pandemic has ravaged restaurants, it has also driven innovation and encouraged some of our restaurants to find ways to ship their food nationwide. LA’s Broken Spanish will now send their tamales anywhere in the lower-48; Korean steakhouse Cote ships its Butcher’s Feast; and now Izard is selling Girl & the Goat meal kits to all of us non-Chicagoans.

With Girl & the Goat, there are four options to choose from, the 10-year anniversary greatest hits, a box of goat empanadas, a grilling kit with shrimp and short ribs, and the one I tried, the pork shank dinner.

I’ve never been a fan of the myriad of meal kit companies out there. Some are just too much work, others can be pretty uninspired (thanks for the cheap fish over bland lentils!), but Izard’s kit actually does a good job of limiting the amount of work you need to do (some basic chopping, blanching and roasting), while providing the really delicious, unique elements a home cook would struggle to capture without prepping all day. A perfect example of this is the smoked tomatoes that come with the kit. They’re salty, sweet, sour and smoky and would take a lot of labor I don’t have time for, but they’re such a necessary element to have in contrast to the herb yogurt and the unctuous pork. When the yogurt, shank, rhubarb chimichurri and tomatoes were combined on my plate, I got to feel transported 2,000 miles away to Izard’s restaurant, without leaving my LA. A great feeling to have when you don’t have much choice but to not leave your home.