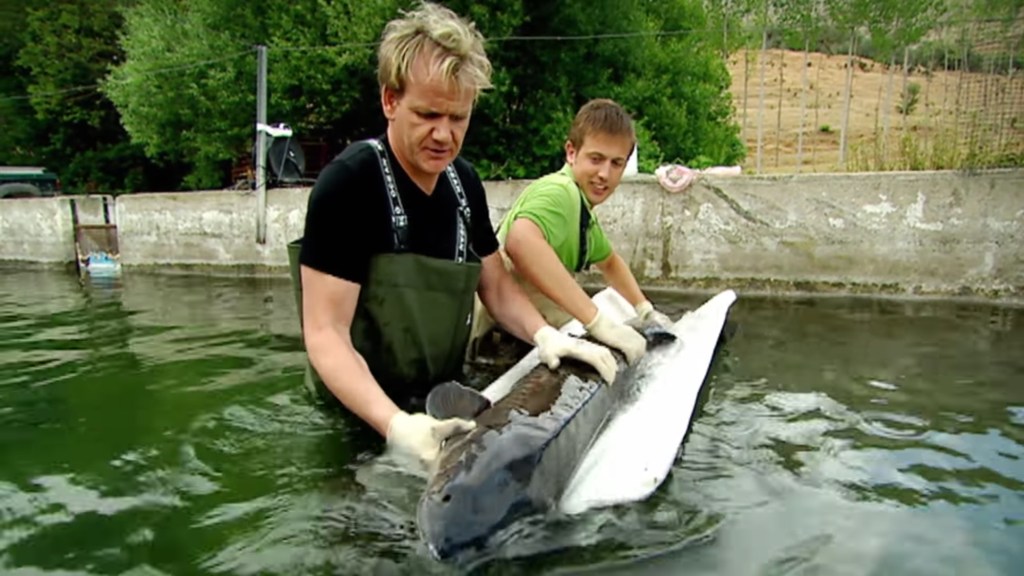 At the highest levels of the food world, the last generation saw a sea change in attitudes about where food came from and how it was produced. As a reaction to the ills of factory farming and mass-produced food, the leaders of the industry began to swing the pendulum back the other way. From free-range chicken, to grass-fed beef, to organic growing practices, to biodynamic wine, they embraced pre-World War II methods of cultivating food. They weren’t exactly paleo here, but wild was better. And celebrity chef Gordon Ramsay, the first Scot to ever win three Michelin stars, was a disciple of the movement.

When you’ve got a three-star restaurant in the mold of Ramsay’s, there’s bound to be some caviar. And for him, he wanted the roe from wild caught fish. But as demand for the delicacy rose, overfishing in the Caspian Sea—where some of the world’s best caviar came from—led stocks of sturgeon to be depleted. Thus one value of the new world of food, naturalism, came into conflict with an emerging imperative: sustainability. Could farmed versions of caviar be as good as the wild caught varieties that connoisseurs craved and save the sturgeon from extinction?

Ramsay ventured from London to Southern Spain to visit Riofrio, a caviar farm that has been at it for more than two decades. He wanted to taste for himself if farmed caviar could be great. Once at the remote facility he saw that in holding ponds fed by a mountain spring, the water stays a constant temperature, ideal for the sturgeon to grow. They can spend up to 20 years growing, and reach weights in excess of 130 pounds and have more than 10 pounds of caviar in them. Ramsay seems skeptical that the farmed product could be as good as wild, but soon he’d get a chance to try for himself.

Along with the workers at Riofrio, Ramsay catches a sturgeon, then takes it to their facility to harvest the roe. Upon cutting it open he sees more than $13,000 of caviar waiting for him. He can’t wait to try it, and samples a tiny amount from the fish. Even without the curing, he’s wowed by the flavor and texture. Once the caviar was processed and cured with salt, it was even better.

So though he usually prefers wild caught fish and game, Ramsay may have found an exception, worthy of his haute cuisine.