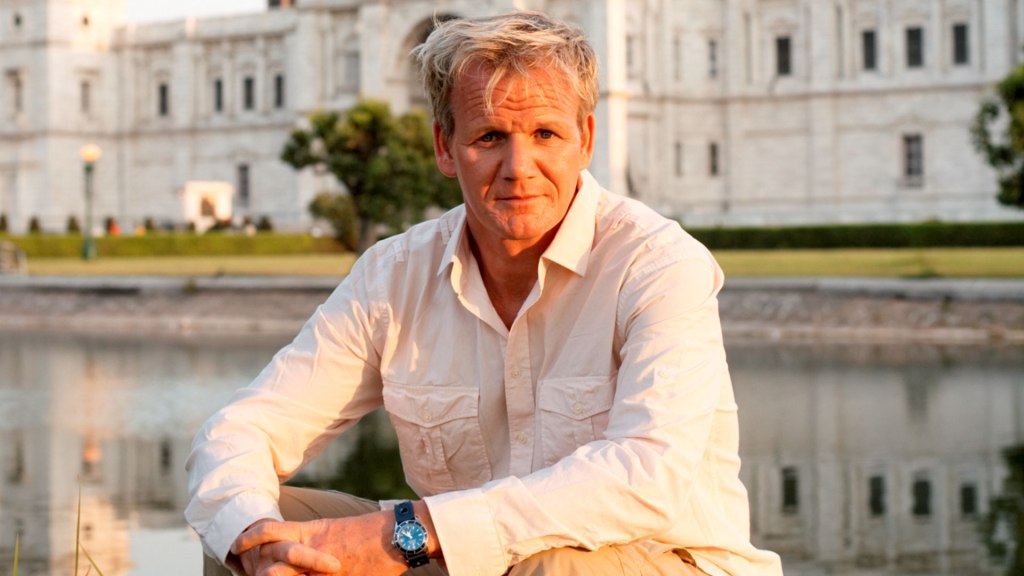 He’s conquered Britain, successfully invaded America, and now Gordon Ramsay plans to expand his food media reign around the world. The three-Michelin-star chef who’s more well-known now as a voluble TV antihero, has announced that he’ll star in a new globetrotting food show on National Geographic called Gordon Ramsay: Uncharted, according to Variety. Citizens of the Earth, gird your eardrums.

This isn’t the first time he’s done a bit of travelling for television. In Gordon’s Great Escape, he traversed Southeast Asia and India to see people, and among other things, rub hot chilis in their eyes; for his show the F Word the shouty chef embarked to Spain where he was wowed by farm-raised caviar. Also on the F Word he got a taste of his own medicine when a Thai chef balked at the quality of his pad thai.

He may subject himself to a replay of the pad thai incident, as part of the show’s conceit involves him testing what he’s learned in a given region against local cooks. For each episode of Uncharted, Ramsay will travel to places like Cambodia to hunt tarantulas, Malaysian Borneo to scale the inside of caves, and more. Through his exploration of a location’s culture and traditions, he’ll better understand the region’s cuisines before competing against chefs by cooking his interpretations of regional dishes.

All of this TV shouting may prevent people from realizing that Ramsay is actually one of the great chefs of his generation, and the first Scot to ever earn three Michelin stars, which he has held onto for almost two decades. Perhaps the TV work overshadows his kitchen accomplishments, then again, not many chefs own three Ferraris.

Filming of the show begins this fall, and will premiere in 2019 on National Geographic in 171 countries and in 43 languages.