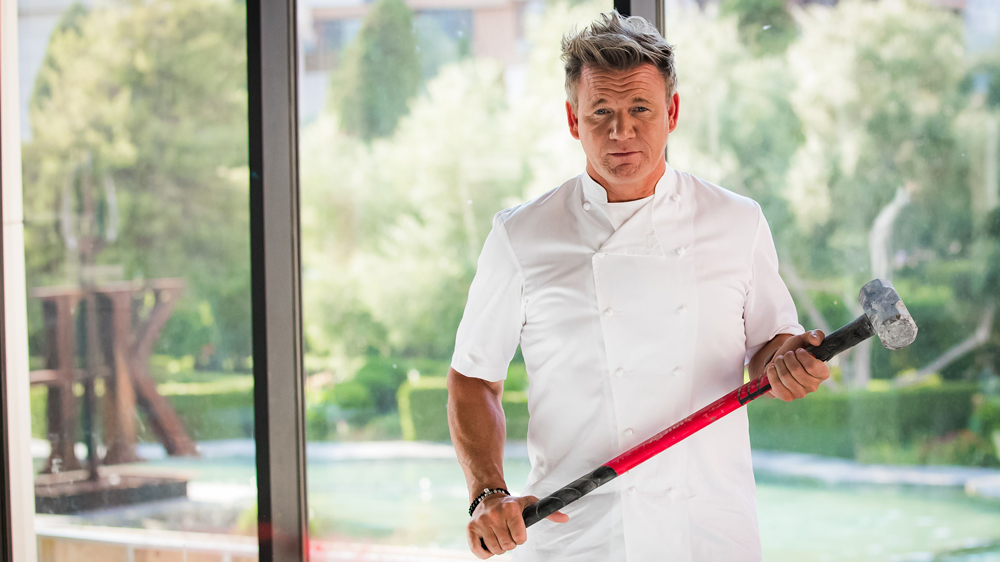 The U.K.’s shoutiest chef has become ubiquitous on American TV and now his restaurants will be just as omnipresent across the U.S. of A. Gordon Ramsay has received a $100 million cash infusion into his eponymous restaurant group to open up to 100 new restaurants in the United States in the next five years, Forbes reports.

These won’t be Ramsay’s first restaurants in the States. He currently operates eight eateries in America, all clustered in Caesars Entertainment casinos in Las Vegas, Atlantic City and Baltimore, like Gordon Ramsay Steak at the Paris Las Vegas Hotel or his Hell’s Kitchen in Caesars Palace, a restaurant modeled after his TV show on Fox.

London and Los Angeles-based Lion Capital, which has also invested in brands like Kettle chips, John Varvatos and Jimmy Choo, has taken a 50 percent stake in Gordon Ramsay North America to fuel the aggressive expansion. “I wasn’t ready to pedal this bike up a hill on my own. That would take me another 15 years,” Ramsay told Forbes. “Let’s get this thing done.”

Ramsay promises it won’t be a single concept that will proliferate, but instead a mix of high and low restaurants, including Gordon Ramsay Steak, Gordon Ramsay Pub & Grill and Gordon Ramsay Fish & Chips.

Of course, these brands are a far cry from the prestigious, Michelin-chasing restaurants in London that helped make him famous. In his youth, Ramsay trained under some of the world’s greatest chefs: Joël Robuchon, Guy Savoy and the famously mercurial Marco Pierre White. And when he started running restaurants, he racked up Michelin stars himself, like at his flagship restaurant in London, which has held three stars since 2001. In his early foray into America, he tried to repeat the feat, opening Gordon Ramsay at the London Hotel in New York. That spot earned two Michelin stars early on, but was eventually stripped of them before closing.

This expansion will nearly quadruple the size of Ramsay’s restaurant empire around the world, which currently boasts 35 locations. Only time will tell if this aggressive growth will lead to a kitchen nightmare for Ramsay.