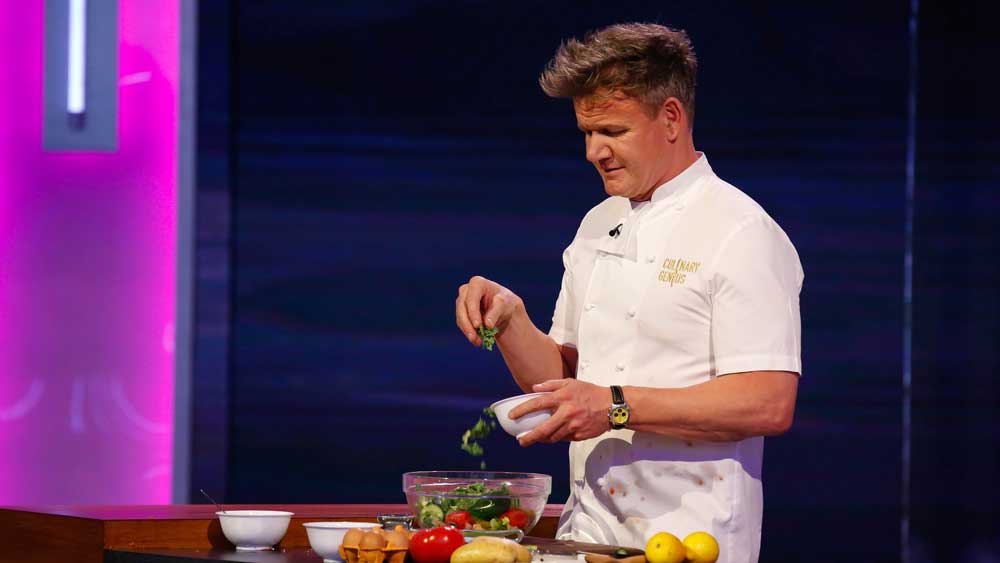 Gordon Ramsay isn’t big on ambiguity. The red-faced shouty Scottish chef has made a career of telling people exactly what he thinks in the bluntest way he knows. That may involve him yelling at a sous chef and calling them a donkey or insulting a restaurateur’s food by saying it looks like a dog’s dinner. And on one topic in particular, the Michelin-starred chef has been especially clear: his disdain for vegans and vegetarians. So his about-face on the matter comes as a bit of a surprise to some (like Piers Morgan, who seemingly retreated to his panic room) when Ramsay debuted a vegan version of a classic roast dinner at his Bread Street Kitchen in London this weekend.

Prior to the roast reveal, Ramsay’s attacks on vegans and vegetarians have included him taunting PETA by saying he was a member of People Eating Tasty Animals; trying to feed a steak to a vegetarian on his show the F Word; tweeting that he was allergic to vegans; and saying in an interview that, “My biggest nightmare would be if the kids ever came up to me and said ‘Dad, I’m a vegetarian.'”

The cracks in his anti-vegan facade grew earlier this year when he posted a blog on his site about how plant-based eating was on the rise, especially in the UK. Eventually, that led him to debut a vegan Wellington at Bread Street Kitchen, where instead of beef tenderloin wrapped in puff pastry there’s a mixture of vegetables.

Of course, Ramsay came of age during a pretty hedonistic time of kitchen culture when chefs insulting vegans came as naturally as berating a line cook for an overcooked scallop. Anyone who has watched Ramsay for a while—especially his behavior on British TV, which is more subdued than his time on American airwaves—knows the chef is frequently playing up his orneriness for effect and riding that bombast to fame and money. So despite his years of anti-vegan rhetoric, Ramsay is enough of a savvy businessman to ditch that earlier stance to embrace a dining trend on the rise.