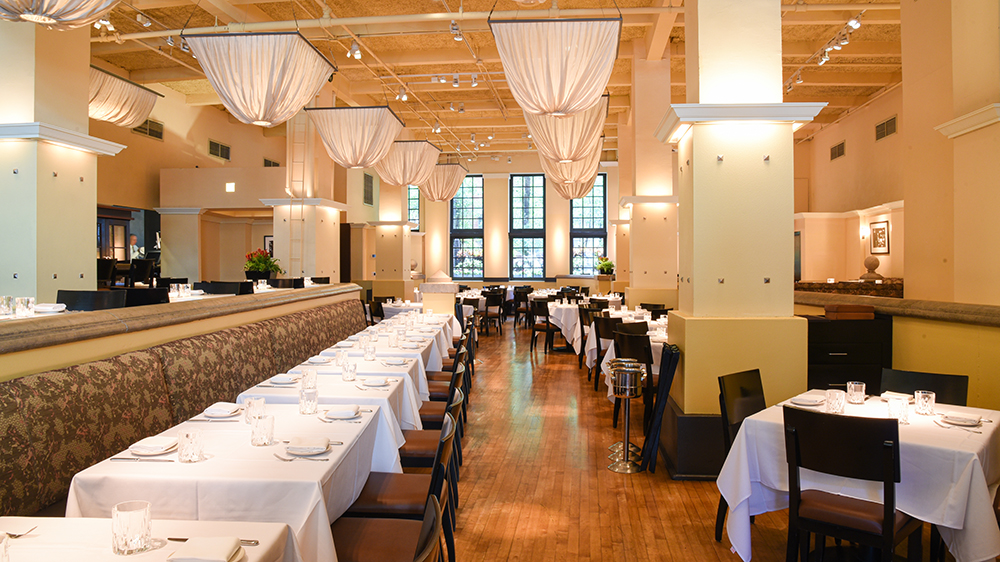 An early casualty of the economic struggles caused by Covid-19 shelter-in-place orders was New York City’s fine dining institution Gotham Bar and Grill. All restaurants were forced to close in the city for dine-in service, but the 36-year-old restaurant had to shut its doors for good. Now, one of the former managing partners has a plan to revive Gotham by next spring, according to a report in The New York Times.

Bret Csencsitz, a partner in the restaurant for 13 years, is in talks with the original owners to transfer the trademarked name, while also in the process of raising funds so he can open the doors again. Jerome Kretchmer told the Times he and his original partners are open to handing over the name. For Csencsitz and his potential new partner in the venture, they’re motivated to keep alive a place that has meant a lot to New York and American restaurant culture.

For much of Gotham’s run, chef Alfred Portale was at the helm, creating a training ground for chefs who go onto run their own restaurants like Tom Colicchio and Wylie Dufresne. Portale was a pioneer at the dawn of New American cuisine and his unique plating style became wildly influential across the industry. If you ever ate at a restaurant where there was a tower of food in a ring mold in the center of your plate, you have Portale to thank for popularizing this style in the 1980s and ’90s.

He left Gotham after 34 years to create the more casual Italian restaurant Portale in Chelsea. In his place Victoria Blamey stepped in and retained the restaurant’s three-star rating in the Times. But the owners pretty quickly threw in the towel after Covid-19 hit. If the new Gotham revival were to happen, Csencsitz expects some classic dishes to remain on the menu, but that he’d want to do some remodeling on the inside, “We want to make it feel like the same space but with a new look.”