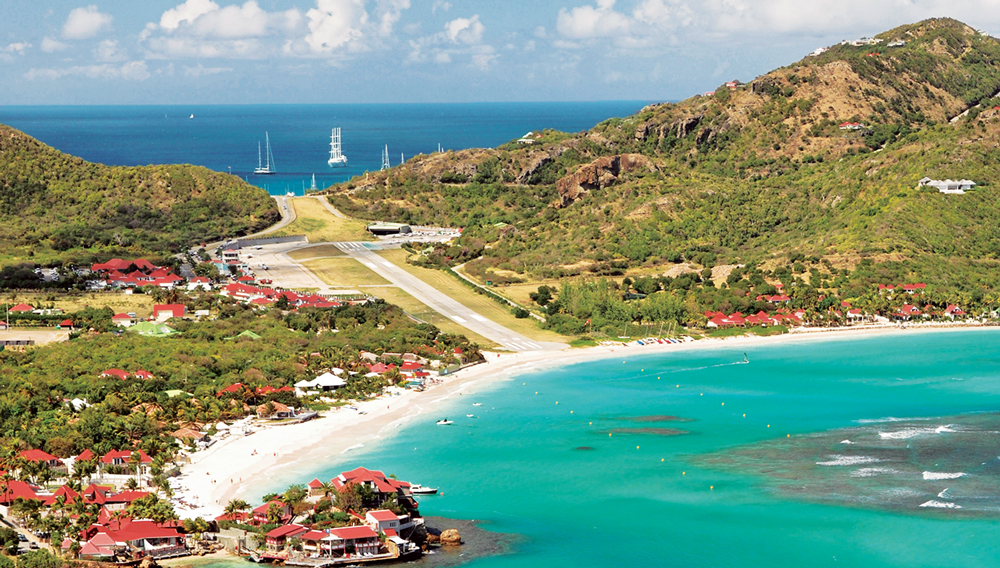 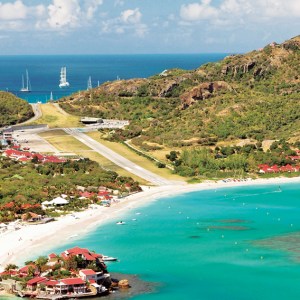 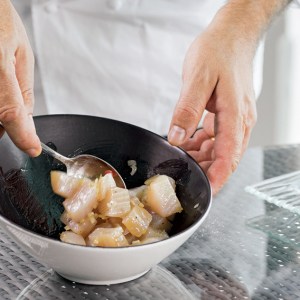 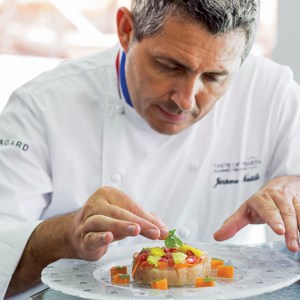 In St. Barts, a new food festival dips into the pleasures of fine dining.

Culinary festivals have become a boisterous business, with thousands of events sprouting up around the globe, hungry crowds lining up for nothing more than a nibble on the end of a toothpick, and great chefs abandoning their kitchens to cook over a loudspeaker in front of audiences who will not enjoy a single bite.

Last year, St. Barts, the famously exclusive island in the French West Indies, became the latest destination to offer a food festival of its own—but one that pursues a very different philosophy. “We want it to become a rendezvous,” said Nils Dufau, an organizer and the president of the St. Barth Tourism Committee. And so the centerpiece of the first Taste of St. Barth Gourmet Festival was a series of intricate, multicourse dinners cooked by prominent chefs from around the world. During a tranquil week in November, before the start of high season, food lovers explored the Brazilian-French fusion of Thomas Troisgros of Olympe in Rio de Janeiro, including a crisp-skinned sea bream in a vivid yellow sauce made with tucupi, the boiled liquid extracted from the root of a wild Amazonian cassava shrub. On the other side of the island, Daniel Berlin of Daniel Berlin Krog, located in remote southern Sweden, delivered the pinpoint flavors of new Nordic cuisine in such dishes as local lobster served in a dill broth with dill emulsion, while Jérôme Nutile of the Mas de Boudan hotel and restaurant in Nîmes, France, infused haute cuisine with tropical ingredients, layering thinly shaved pineapple with slices of foie gras and blue lobster. “I wanted to marry the products of the Caribbean with the products of the region I come from,” Nutile said. “It’s a very peppy, fresh bite.”

The second edition of the festival, taking place November 5 through 8, is dedicated to French gastronomy, with seven visiting chefs chosen to represent the entire spectrum of contemporary cooking. Once again, each will offer a four-course menu (about $80) at one of the island’s top beachfront resorts and restaurants. The two classicists are Nutile, returning to cook at Hotel Christopher, and Christophe Aribert of Les Terrasses at the Grand Hôtel Uriage, who will be cooking at Le Guanahani hotel.

David Toutain, whose eponymous restaurant is one of the hottest tables in Paris, will represent the new wave; he will take the reins at Hotel Taïwana. Alexandre Mazzia—whose restaurant in Marseille, which bears his name, earned a Michelin star eight months after it opened in 2014—will appear at Cheval Blanc St-Barth Isle de France. A winner of France’s Top Chef competition, Stéphanie Le Quellec of La Scène Restaurant in Paris will cook at L’Esprit. Emmanuel Renaut, the Michelin three-star chef of Flocons de Sel in Megève and the festival’s ambassador for 2015, will also offer a special eight-course tasting menu (about $130) at Eden Rock, in collaboration with Laurent Jeannin, the pastry chef at Le Bristol Paris.

As food fantasies go, Taste of St. Barth is a very good one. Just be sure to make a reservation and—because the island’s laid-back vibe can get the best of even the most type A culinary talent—confirm that the scheduled visiting chef will indeed be at the stoves that night.