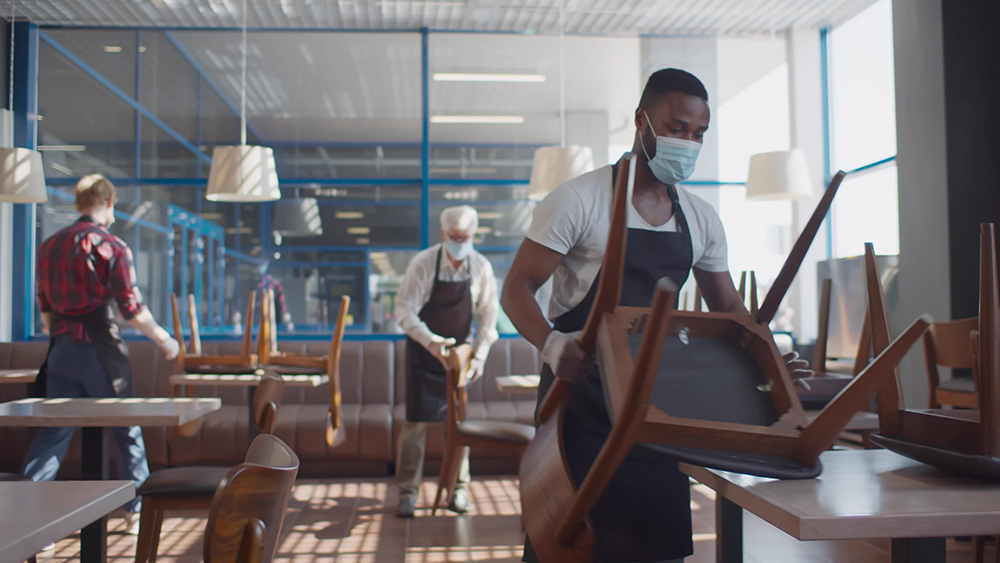 While we sit through the lame duck period of Donald Trump’s presidency, watching Covid-19 numbers surge and the temperatures fall, one thing is crystal clear: Independent restaurants are screwed.

This is no revelation to anyone working inside the industry. Restaurateurs are raging against the dying of the light right now. They’re lambasting local governments for forcing them to close as the federal government offers no financial relief to keep their businesses from passing into the night. In the current paradigm, failure is unavoidable for many of them because government has saddled independent restaurants with only punitive action since the original CARES Act money ran out in the summer. It’s all stick, no carrot.

“What could government even do?” you may ask with your hands thrown up in the air. Lack of action at this moment should not be shrugged off as everyday partisan gridlock. Don’t let politicians off that easy; don’t expect so little of them. The government has made an active decision to let independent restaurants, one of the nation’s largest employers, die.

Congress and the president have the power to intervene with aid—in fact, the House has already passed a second round of stimulus with $120 billion earmarked specifically for restaurants—but they have chosen not to. The Senate doesn’t want to vote on the bill, because it doesn’t want to make that choice explicit. So all restaurateurs can do is chafe against governors, mayors and county commissioners who tell them to stop operating for the benefit of public health, even as large swaths of the American public have shown little interest in protecting their own health—or that of their neighbors.

Independents are in an especially vulnerable position. Corporate chains like Domino’s and Chipotle have been able to gobble up market share—their sales surging in the third quarter—because they have the capital to adjust to new Covid-19 protocols and the scale to make delivery over a wide swath of real estate more feasible.

So independent restaurateurs need dining on premise to survive. That puts them in the uncomfortable position of having to fight against the very science that the most well-meaning among them pledge so much fealty to. They may sport “In Fauci We Trust” T-shirts when Dr. Anthony Fauci recommends that everyone wear masks, but are less willing to listen to him when he suggests on national TV that indoor dining should be halted because it carries a high-risk profile.

Case in point: On Tuesday, the National Restaurant Association sent a letter telling governors to not make restaurants the scapegoats for the current Covid-19 surge. In the letter, the organization states that there’s no scientific evidence tying restaurants to rising infections, while also making the fallacious argument that restaurants are just like other retail establishments and should be treated as such. Yes, private gatherings are a driver of the surge in cases, but that doesn’t mean that indoor dining doesn’t pose a threat to public health as well.

These arguments fly in the face of the coalescing scientific consensus that this disease is airborne and sitting unmasked in an enclosed space helps spread the virus—a point driven home by the data visualizations published by the Spanish newspaper El País. So for the National Restaurant Association to say that a restaurant is no different than a retail shop denies the obvious fact that you don’t sit in a store maskless in conversation for a few hours like you do dining indoors.

To be sure, indoor dining should be curbed. Unfortunately, the people handing down those strictures have thrown away their credibility. Our elected leaders will not hesitate to order us to stay at home and avoid eating out with friends, family and colleagues. That doesn’t mean they actually follow those rules themselves. California Governor Gavin Newsom—no stranger to lecturing residents about the virus—decided it was fine to ignore his own guidelines. He recently attended a lobbyist’s birthday party at the French Laundry, despite the 12-person soiree bringing together people from more than three households—a no-no, according to the governor. Days after the revelation, Newsom stood at a podium and told all of Southern California’s restaurateurs they had to halt indoor dining again.

It’s hard not to be angry at how this country has responded to the pandemic. Want to know how many new Covid-19 cases were reported in Vietnam on Monday? Two. How about in Texas, which has a population less than one-third of Vietnam’s? 11,726.

Yet we can’t console ourselves with, “It didn’t have to be this way.” Yes, the Trump Administration’s response was catastrophic, but the country’s failure is deeper.

There was a straightforward answer to this problem early on. We did not want to face it, because it seems so anathema to how we view work and the role of the government in the market. We should have paid everyone to stay home for six weeks and put the economy on ice. We tried to keep the wheels turning too much. Sure, a group of us stayed home, but others—like restaurants and their staffs—were forced to go out and expose themselves so they could survive. The virus would not been able to get a foothold like it did had we had been more aggressive early. But paying people not to work runs so counter to America’s self image that we couldn’t wrap our brains around it. Even restaurateurs scoffed at having to spend the forgivable PPP loans on paying employees, because they didn’t have enough for them to do at the time. Now, instead of being ahead of the virus, we keep finding ourselves a step slow. And with a lack of aid to help them catch up, restaurants keep falling even further behind.

Perhaps President-Elect Joe Biden’s administration will tackle this problem more forcefully, but by late January, that will already be too late for many restaurants. With Covid-19 surges cutting off indoor dining and mother nature halting outdoor service, all governments seem willing to do for restaurants is shrug and say, “You need to shut down, but we’ll do nothing to help you open back up.” That’s a death sentence—and a national disgrace.