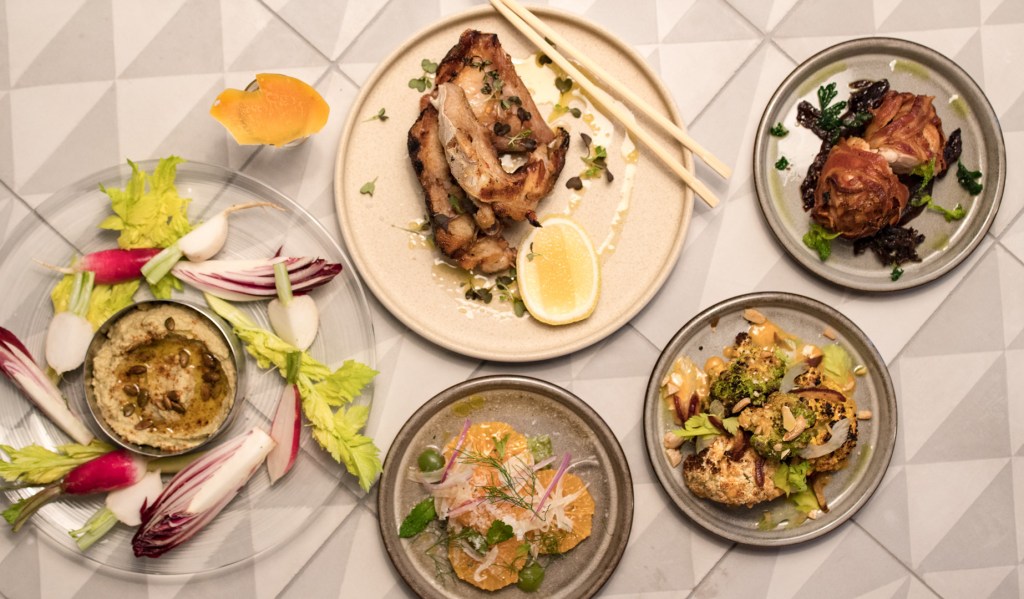 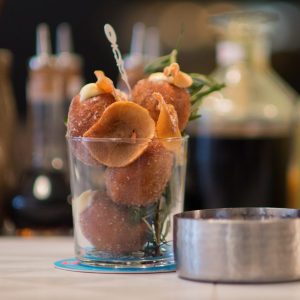 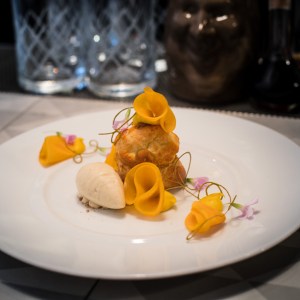 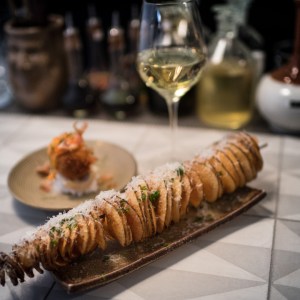 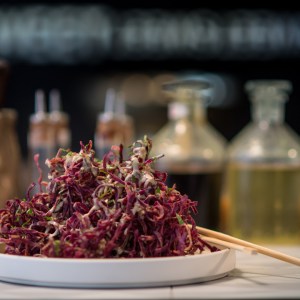 Much of the country knows Graham Elliot as the former judge with the interesting glasses on MasterChef and MasterChef Junior, or perhaps from occasional stints on Top Chef. But in Chicago, he has been a two-Michelin-star chef without a home. After closing the much-lauded Graham Elliot a few years back and shuttering Graham Elliot Bistro a year ago, he hasn’t been running a kitchen in the city that put him on the culinary map. But with longtime friend and mentor chef Matthias Merges, he’s about to breathe new life back into the Bistro space with their restaurant Gideon Sweet.

It’s not a restaurant you can easily pigeonhole. Gideon Sweet, opening Friday, wasn’t conceived by honing in on a specific style of cuisine. “There isn’t a thread that boxes us in,” Merges told Robb Report. “So we’re not saying it’s meat-driven or Southeast Asian or French. It’s informed by our travels.”

Instead, Merges and Elliot, who met two decades ago working at legendary fine-dining restaurant Charlie Trotter’s, developed the concept around a shared sensibility about how they liked to eat, which they call naschen—a German word for nibble. “When we’re out, we like to try a lot different things and don’t want to be bound by a menu,” Merges says. “We want small bites, we want to share, and we want to try a lot of different drinks, which is why we’re doing 1.5-oz pours of batched cocktails paired with food.”

On top of the German word they use to describe their restaurant, the influences on dishes come from far and wide. The agnolotti draws from Italy, the clam toast has Japanese elements, and the lamb-and-zucchini meatball features a touch of Tunisia.

Perhaps one of the best ways to describe this new restaurant is “chef-y.” What does that mean? Well, chef-y food can go one of two ways. First, chefs can attempt to wow their colleagues with technique, innovation, and a way of cooking that’s meant to engage the diner intellectually.

The second is an embrace of ingredients that chefs know and love but much of the general public has shied away from, like pigtails, sweetbreads, goat, and fish collar. Then they prepare the food without pretention and serve it to be shared to spur conviviality. This isn’t tweezer food; it’s like comfort food for chefs. This is the direction that Merges and Elliot are taking Gideon Sweet.

“We have this Okinawan sweet potato dish with curry that’s inspired by food we’ve eaten in Asia, and when you set it on the table, people dive in and eat it together,” Merges says. “It’s like when your dad brings home the pizza as a kid, and once the box opens, all the hands are grabbing for it. We want to serve food that makes people want to gather around the table together.”

This style of restaurant makes the most sense at the center of what’s becoming a restaurant Mecca in Chicago’s West Loop—a place where Michelin-star-grabbing restaurants and bars and gastropubs have gathered side by side to make it possible to bounce around all night. “Randolph Street is like New York’s Meatpacking District 15 years ago, and it speaks to the way people want to eat,” Merges says. “We’ll go for cocktails here, some wine here, food here, and maybe dessert in another place—what we’re doing.”

Without the framework of a defined cuisine, the onus will be on the service side to create the context for dishes for the diners. “We may give them something unfamiliar, but we also give them a story. We create an environment to give a leap of faith to try something they haven’t tried before,” Merges says. “They may first look at the menu and say, ‘I don’t know if those things go together.’ But when you put it in with a great glass of wine, it’s a beautiful thing.”