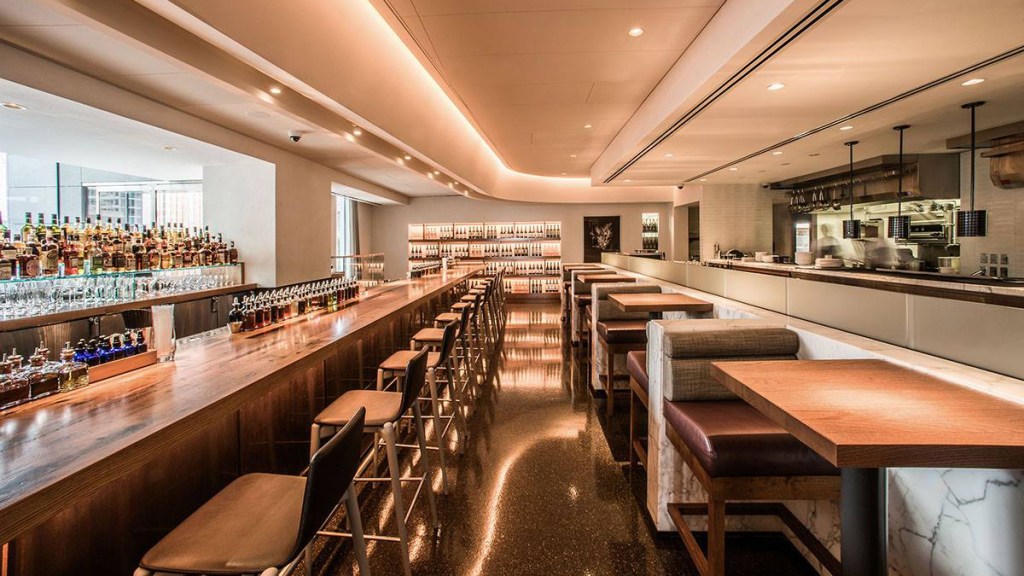 It was a veritable dream team. Danny Meyer, the man behind Union Square Hospitality, Shake Shack, and one of America’s most revered restaurateurs teamed up with Jack McGarry and Sean Muldoon, the duo who created one of the world’s best cocktail bars, The Dead Rabbit Grocery and Grog. Their joint effort—a bar and restaurant in Chicago called GreenRiver that opened in September 2015—celebrated the city’s Irish-American heritage and quickly picked up accolades including a coveted Michelin star.

But just a few hours ago, a brief message appeared on GreenRiver’s Facebook page to let Chicagoans know the New York team was leaving town.

“We have made the difficult decision to close GreenRiver. Since opening in 2015, we have been tremendously proud of everything the GreenRiver team has accomplished, from developing an ambitious and innovative cocktail program, to earning one Michelin Star and a three-star review in the Chicago Tribune. We are grateful to our neighbors in Streeterville and the greater Chicago community for welcoming us so warmly. Our top priority is our team members, and we are now actively involved in discussions about how best to support their career advancement during this transition.

“We hope you’ll join us before our last night of service, Wednesday, January 24th.”

There wasn’t much explanation offered beyond that message. But the team had recently closed the small companion bar, converting it into a private event space.

This past fall, when Michelin released its Chicago guide, GreenRiver maintained its star, but restaurants are finding that stars offer no assurances survival in the Windy City. Former two star-holder Graham Elliot has returned to open a new restaurant, where he and Matthias Merges aren’t exactly chasing stars. One of the city’s crown jewels of fine dining, the three-Michelin-star Grace, closed abruptly amid a dispute between the chef, general manager, and primary investor. And in the last year a pair of Chicago’s two-Michelin-star restaurants closed: 42 Grams shuttered despite holding two stars all three years it was eligible; and Chicago fine dining stalwart Tru ended its 18-year run earlier this month.

Since the Michelin guide debuted in Chicago starting in 2011, 30 percent of the restaurants earning stars have closed. Add GreenRiver to that butcher’s bill.