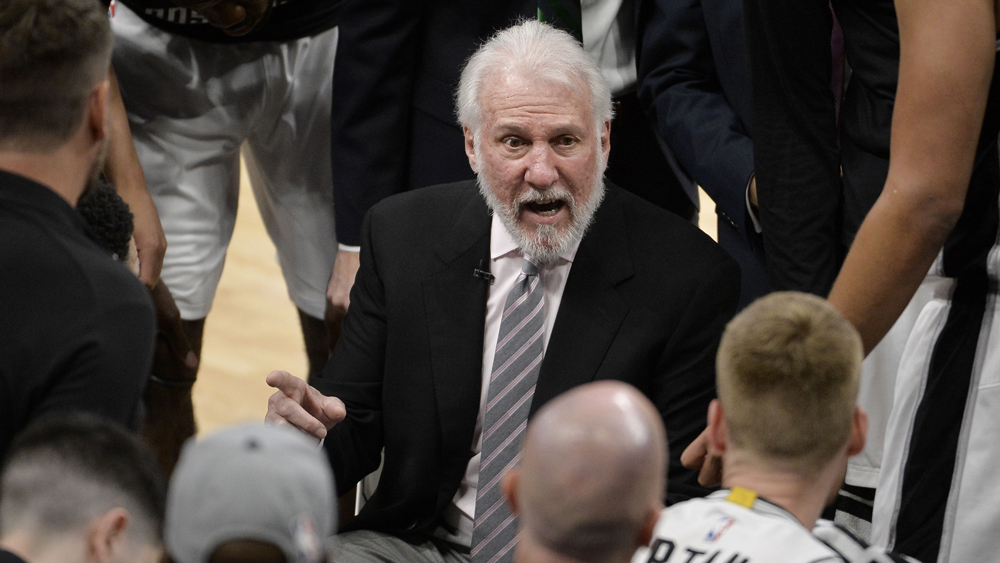 But he also leads the NBA in something else: “Pop” is professional basketball’s most discerning and extravagant fine dining obsessive, a subject ESPN’s Baxter Holmes explored in this long read, which he reported over 18 months.

Popovich’s oenophilia has always been well-known to fans around the NBA. The generally press-averse coach was profiled in Wine Spectator 13 years ago, and is a partner in the Oregon wineries A to Z and Rex Hill. His private label Pinot Noir, Rock & Hammer, is named after a favorite locker-room quotation by Jacob Riis.

Holmes’ story goes deep on Popovich’s love of wine, including an opening anecdote about the night when Jeremy Threat, then the 29 year-old general manager and wine director at Sacramento’s Spataro Restaurant and Bar, arranged to put many of the bottles that Popovich had talked about in Wine Spectator on the restaurant’s list at the last minute, with the help of a collector friend. At the team dinner Popovich spent between $15,000 and $20,000 on wine alone, and Holmes went on to became the GM of the Thomas Keller Restaurant Group.

Keller—“a close friend” of the coach’s—is not quoted in the story, though current French Laundry GM Michael Minillo is. A French Laundry regular, Popovich first got into food and wine when he was stationed in the Air Force south of San Francisco (in Sunnyvale). In addition to various basketball insiders, Holmes’ story includes quotes from Michael Mina, Phoenix pizza master Chris Bianco, former Spago sommelier (and winemaker) Chris Miller and Wolfgang Puck himself. (As per usual, Popovich did not provide an interview.)

Not only do Pop and his coaches, players, and team personnel eat and drink well, but, Holmes argues, it’s that culture of camaraderie—the fact that the team plays hard together on the court and lives the good life together off it—that makes the Spurs so consistently successful. Even after their devastating Game 6 loss to Miami in the 2013 NBA Finals, the whole team went out to Il Gabbiano afterwards. It also doesn’t hurt that coach picks up the check.

When he’s not buying dinner for parties of 40, Pop is said to prefer the privacy and unique experience of chef’s tables and is known around the league for his fastidious advance scouting… of menus and wine lists. “When it comes to the choice of restaurant, in the NBA, his word carries as much weight as Michelin stars,” Holmes writes. Popovich is also known as a very generous tipper (sometimes leaving as much as $10,000) and gracious customer (he wrote the staff at Saison a handwritten note after eating there).

Holmes also left a ton of material on the cutting room floor, sharing additional tidbits on his Twitter and Instagram.

Spurs head coach Gregg Popovich is incredibly beloved at so many restaurants. An official at Carbone, a Michelin-starred Italian restaurant in Manhattan — an acclaimed spot that has hosted pretty much every celebrity imaginable — reports that some of their most successful and favorite nights ever are when Pop comes through the door. Here’s what Carbone general manager @borgiaandrew told me about what it’s like to host Pop for dinner:

A #7 seed in the Western Conference, the Spurs currently trail the Denver Nuggets 3-2 in their first round series, with Game 6 in San Antonio Thursday. Win or lose, you know they’ll have the better post-game meal.