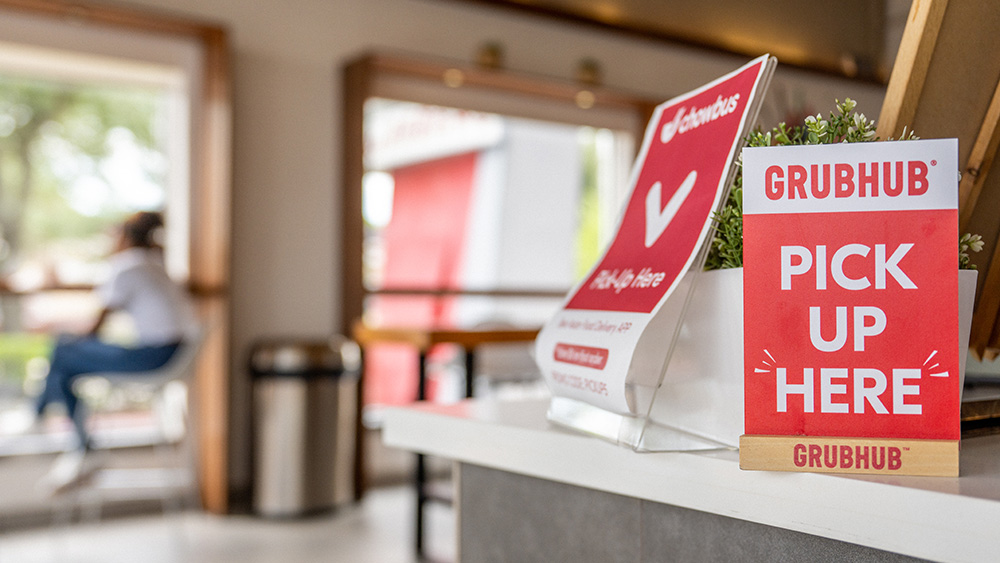 It’s been a rough few years for Grubhub. The onetime restaurant delivery leader in the US has steadily lost market share to its younger rivals. It went up for sale in 2020, landing in the hands of Amsterdam-based Just Eat Takeaway in a $7.3 billion all-stock deal. Months after the acquisition closed in 2021, Just Eat investors called on the company to ditch Grubhub and focus on Europe instead. In April, the company admitted it was exploring a full or partial sale. Now, Grubhub’s parent company says it’s worth significantly less than its purchase price, taking a $3.1 billion write-down on the business last week.

Restaurant delivery companies are facing a reality check of sorts after experiencing record pandemic-era growth. First, the business took a hit as people started dining out again instead of ordering in. Now, record levels of inflation could take a toll on diners’ ability to spend money on the convenience of delivery. Just Eat Takeaway’s leadership says Grubhub’s value reduction is a result of market conditions, not the company’s performance. Still, orders are down 10 percent in the first half of 2022 compared to the same period last year.

Grubhub might be down, but it’s not out. Last month, the company struck a deal with Amazon giving its Prime members a year’s worth of free deliveries with Grubhub+, the company’s subscription program. Members typically pay $10 per month in exchange for free delivery on orders over $12 from a select group of restaurants.

Delivery companies like membership programs because they encourage repeat business. During a recent call with investors and analysts, Uber CEO Dara Khosrowshahi said that Uber One, the company’s own monthly membership plan that spans rides and food delivery, had 10 million members worldwide. Those members account for nearly a third of the cash spent on Uber’s delivery app.

“Free delivery” is an easy sell to anyone who’s gotten used to ordering dinner from their phone, and the companies keep making it easier. DoorDash gives Chase credit cardholders a free yearlong DashPass subscription. Uber has given six-month Uber One subscriptions to Hulu and Disney+ subscribers.

Of course, someone has to pay for it. To access valuable Grubhub+ customers, restaurants have to sign up for the company’s “plus” or “premium” tiers of service. Restaurants on DoorDash have to pay a commission rate of at least 25 percent to get in front of its 10 million-plus members. Building a robust subscriber base lets delivery companies charge restaurants more money to reach the most loyal customers.

Incidentally, Grubhub recently scored another win in San Francisco as city supervisors approved changes to its permanent 15 percent cap on delivery commissions. In exchange for the changes, which Grubhub called “a reasonable legislative solution” in a statement, the company agreed to drop a lawsuit it filed alongside DoorDash that challenged the ordinance. Soon, the delivery companies will be able to charge San Francisco restaurants higher commissions for services beyond “core delivery”—things like marketing support and access to subscribers. (New York, a city where Grubhub has traditionally fared well thanks to its 2013 Seamless acquisition, is probably next; Uber Eats joined Grubhub and DoorDash in a similar lawsuit over that city’s permanent cap.)

With its business model successfully defended, Grubhub can resume its work to claw back lost business. It’s too early to tell if Grubhub’s recent Amazon partnership might change its fortune, but linking up with America’s biggest retailer could offer the underdog more competitive advantages. Rival DoorDash has benefitted from fast expansion into other verticals like convenience and grocery, while Uber can cross-sell its riders, converting them to loyal delivery customers. Amazon has historically struggled with restaurant delivery, shutting down its own online ordering service, Amazon Restaurants, in 2019.

Could it be a match made in heaven? Just Eat’s CEO wouldn’t disclose details of the recent partnership during an August call with investors, but said Grubhub’s orders are up.

“It would surprise me a lot if you won’t see anything over the course of the next year in terms of better trajectory for this business,” Groen said. “It’s early days, but it looks pretty good to us.”

Kristen Hawley writes about technology and the restaurant business from San Francisco. She is the founder of Expedite, a weekly restaurant tech newsletter.