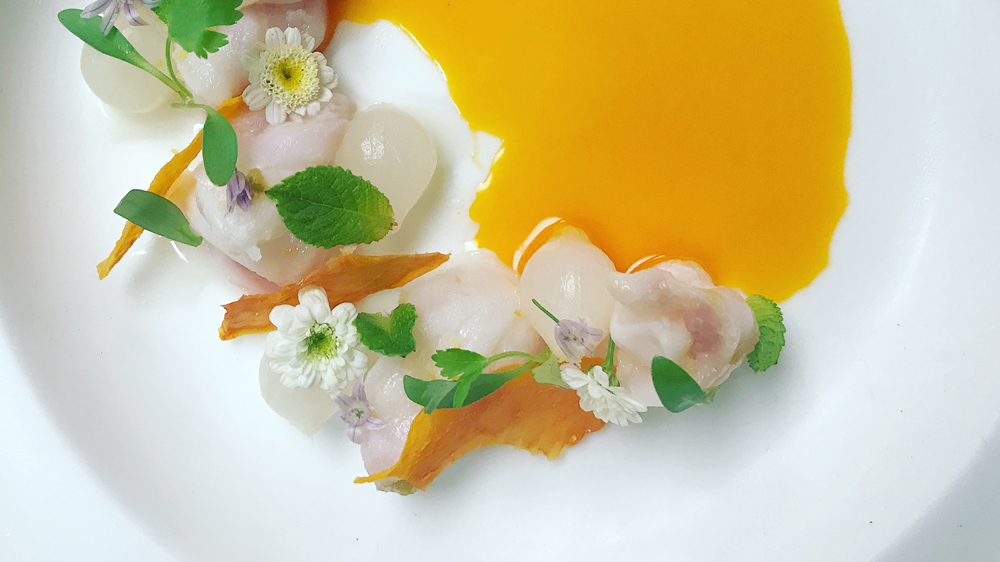 Necessity is the mother of invention, and when the Covid-19 pandemic necessitated a drastic change for Miami’s Jess Varughese, who was prepared to open his new restaurant, Haiku, to the public, he got inventive.

“Covid derailed those plans, and I had a choice of either keeping the restaurant closed for the duration [of the pandemic] and opening to the public when things actually got back to normal,” he said. “Or, I could pivot.”

And pivot he did. Instead of sticking with his opening plan for Haiku—a restaurant in the Wynwood Arts District he had been working on for nearly eight years—he shifted to a members-only format. The restaurant’s essence would remain the same: an intimate, 16-seat space serving an omakase, Kaiseki-inspired meal.

But only one party would be allowed in per night. And reservations would be exclusively available to 40 paying members who get to pick and vet the people they dine with.

“I don’t think this is the kind of experience or restaurant that you could do unless things fully went back to normal, because it’s very immersive and experiential,” Varughese said. “We couldn’t just open it to the public and space people apart. I kept joking, ‘Well, if I have to, I’ll just make it a private club for my friends.’ And the more I said that, the more I thought it could work.”

So, he went all-in and dubbed it a “Private Restaurant Experience,” (P.R.E.) a term he is trademarking. Each P.R.E. at Haiku will feature a 10-to-12-course omakase menu with wine, Champagne and sake pairings for up to 16 guests. There is only one service per night, and the ambiance can be customized to your party’s specific needs.

Members must pay an initiation fee and commit to five reservations (which have a per-event fee) at Haiku for the 12 months of their membership. Reservations are booked on a first-come, first-serve basis. Members will also have access to “pop-up” events with guest chefs and sommeliers.

Varughese was inspired by Ronin in Hong Kong and the Chef’s Table at Brooklyn Fare when building out Haiku. The 1,500-square-foot space includes a 16-seat chef’s tasting counter, wood-carved screen doors, an inverted cathedral ceiling and scalloped walls to project serenity. Scott Kester, who designed San Francisco’s Michelin two-star Coi, conceptualized the space. There are no waiters, only chefs, who embody Omotenashi, or honest and earnest, service and hospitality.

A rendering of Haiku, where diners gather around a U-shaped counter.  Photo: courtesy Haiku

“People get to see that this is being prepared, plated and then presented to them by their chefs,” Varughese said.

Sanitation protocols include regularly cleaning all surfaces and testing employees and using an air-conditioning system with built-in UV filtration. If indoor dining restrictions change, Haiku’s concierge will help members reschedule their reservations. If a member cannot make all of their reservations, Haiku recommends giving them away as gifts to clients or associates or donating them at a charity auction.

This is Varughese’s first restaurant. A banking entrepreneur and prolific traveler, he decided he wanted to build a restaurant business after a trip to Tokyo eight years ago. Since that first trip, he and his business partner and executive chef, Albert Diaz (formerly of Zuma Miami and Zuma London), have traveled frequently to Japan, “trying to get a sense for not just the food, but the culture around food, this precision, this level of detail, this obsessive focus on ingredients. We really wanted to feel it in our DNA and bring it back.”

“The clarity of [Diaz’s] flavors, the precision of what he does, it’s very Japanese although he’s American,” Varughese said. “He knows restraint, which a lot of chefs just don’t understand. He knows when to pull back just enough and it was his food that got me to take notice of him.”

At Haiku, Diaz will be preparing a tasting menu inspired by Kaiseki, a multi-course Japanese dinner that balances the taste, texture, appearance and color of food.

The menu will change with the season and sashimi-grade fish will be flown in daily from Toyosu Fish Market in Tokyo. Local fish will also be dry-aged to build unique umami flavors. Dishes may include matcha milk bread; togarashi pork crisp with cured lionfish and finger lime; smoked toro with pickled nasu, white ponzu and fresh wasabi; butter-poached king crab with uni, yuzu koshu and myoga; and smoked ice cream with coffee jelly.

The first seating will be Feb. 14. After one year of private dining, in early 2022, Varughese plans to open Haiku to the public and will even offer late-night dining options with burgers and karaage (Japanese fried chicken).

Encouraged by the vaccine distribution, Varughese believes the dining environment will be very different by then. He said people miss going out to eat, not just the food aspect of it, but the ritual aspect of being part of an experience, of socializing with family and friends over a meal.

The food is inspired by the Japanese Kaiseki tasting menus.  Photo: courtesy Haiku

Varughese also sees room to grow the P.R.E. format and hopes to emulate the Zuma business model: create equity value with the brand through a thoughtful and intentional build-out process, as opposed to a rapid and massive expansion.

“I’m passionate about food, but I’m a businessman first,” he said. “So the question is, how can you build a sustainable brand, not one where you overexpand and and dilute it, then there’s no real value to it. But how do you create excellence and maintain excellence?”

To Varughese, he was made for the challenge.

“In the banking world, you get everything thrown at you,” he said. “You’ve got ups, you’ve got downs, you got crises. You’ve got to reinvent yourself every 18 months or you’re not relevant anymore. And the timing of this [pandemic] really forced us to sit and get creative about it. The early signs are incredibly encouraging.”