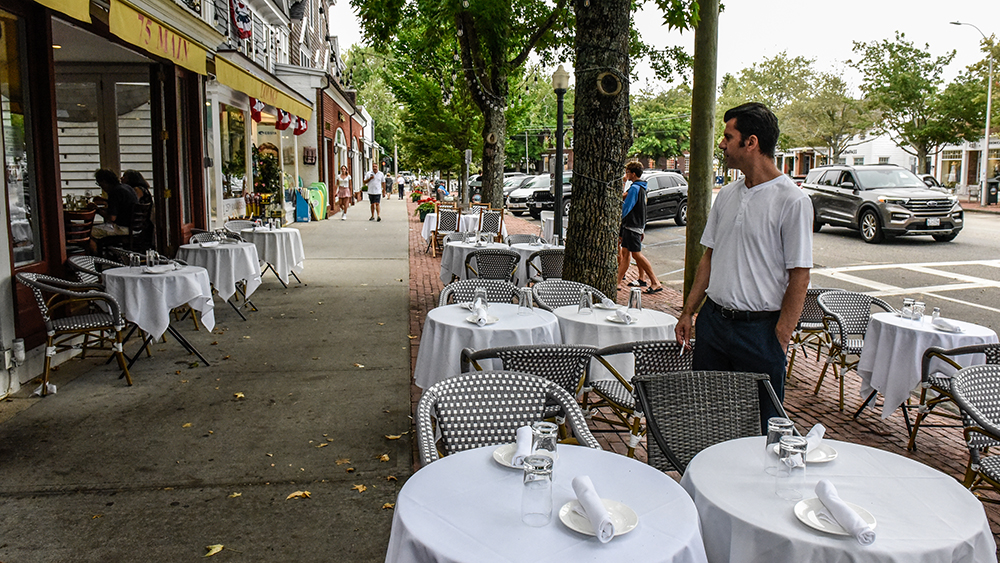 Just as wealthy New Yorkers flock to the Hamptons during the summer, the city’s outdoor-dining wars have headed for the beach as well.

Restaurateurs from Southampton to Montauk are complaining that local officials are trying to ruin their business by requesting that outdoor-dining structures be taken down, according to a new report from the New York Post. In some cases, the restaurants are facing inspections and fines for not adhering to pre-pandemic rules.

“We just want to survive. We pay rent year-round and just have this three-month window to make money in this little village,” Zach Erdem, the owner of 75 Main in Southampton, told the Post. “People need to do something, to go out for dinner, to listen to music, to dance or this becomes a ghost town.”

Capacity rules at restaurants were relaxed during the pandemic, and many spots erected tents or outdoor-seating setups to accommodate more diners. But now towns are reverting to pre-pandemic standards. And while restaurants can apply to make their outdoor-dining options permanent, some didn’t do so until after the start of the summer season, said Ryan Murphy, the Southampton public safety and emergency management administrator.

“We are aware of restaurants that expanded their footprint beyond what it should be and received summonses and violations, and the fines can escalate if they aren’t paid,” Murphy told the New York Post.

The Hamptons showdown is just the latest in a string of spats between restaurants and local officials or city residents. Back in New York City, the battles have gone all the way to court, with some groups suing to stop the proliferation of outdoor dining, saying that it ruins neighborhoods’ quality of life.

If outdoor dining meets its end in the Hamptons, though, some restaurateurs are ready to relocate. Tony Pytleski, the owner of TT’s Montauk, said he was considering leaving the town for a more “business friendly” location.

Local officials, however, reiterated that they want businesses to succeed—as long as that success is occurring indoors, rather than on the Hamptons’ beachside streets.