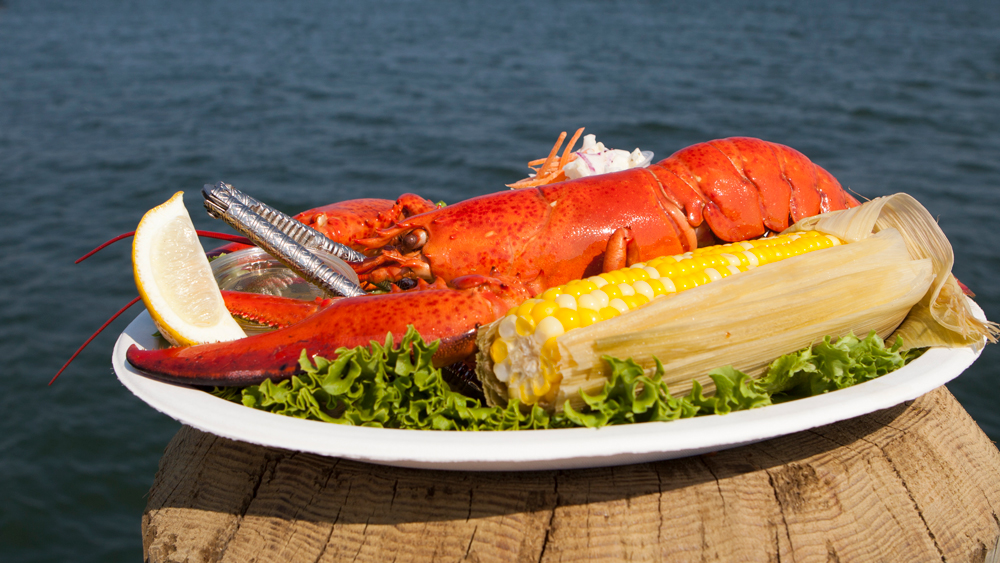 Lunch hits a little different this summer on the East End of Long Island.

After dealing primarily in takeout and outdoor dining last summer, The Lobster Roll in the Hamptons is elated to have its dining room back. This legendary Montauk Highway restaurant/celebrity hangout, known as Lunch because it has a big all-caps sign that says “LUNCH”, is seating guests between plexiglass dividers as it continues to focus on safety. And customers have been returning to the Lobster Roll in droves.

“Fortunately, we’ve been extremely busy,” says Andrea Anthony, a Lobster Roll co-owner since 1977. “We are a mature business. We have an established clientele. We’re doing banner numbers this year.”

She doesn’t want to brag about her summer success because Anthony knows that the restaurant industry has experienced carnage in the last year. (“My heart goes out to those hard-working restaurateurs that have not been able to weather this pandemic,” she says.) But when asked, she admits that the Lobster Roll, with about 150 seats combined between its dining room and outdoor space, is busier than it was pre-pandemic.

Anthony and fellow Lobster Roll owners Fred Terry and Paul DeAngelis are betting big on the future. They’ve partnered with entrepreneur Irwin Simon and plan to open another Lobster Roll in Southampton, on the site of the Silver Lining Diner, this fall. Unlike the Montauk Highway location, which dates back to 1965 and is open six months a year, the Southampton Lobster Roll will serve guests year-round.

A lot has changed in a year. Last summer, prominent New York City players Major Food Group, Daniel Boulud and Sushi Noz brought their food to the Hamptons with pop-ups and deliveries. This year, these culinary powerhouses are focused on big-city expansion. Major Food Group is thriving in Miami with Carbone and ZZ’s Sushi Bar (and more restaurants on the way). Boulud has unveiled a luxurious new Midtown Manhattan restaurant, Le Pavillon. And Sushi Noz has its spinoff Noz Market on the Upper East Side and is working to open Noz 17 in Chelsea, with a seven-seat counter where guests will be served 20-to-25-course tasting menus, this October.

But as usual, the over-the-top Hamptons and the increasingly upscale, vineyard-laden North Fork are full of buzzy newcomers and revamped classics for both leisurely lunches and blowout dinners. And in the East End, where many hedge fund bosses and real estate magnates spend their summers, it’s only appropriate that there have been some prominent takeovers.

Here are six spots to eat and soak up the scene on the East End this summer.

Which Hamptons A-listers haven’t eaten at this roadside destination in Amagansett? That might be your first question when you learn that the Lobster Roll’s clientele has included Scarlett Johannson, Christie Brinkley, Alec Baldwin, Gwyneth Paltrow, Barbra Streisand, Paul Simon, Tom Colicchio and countless other celebrities.

The menu here, whether you visit for lunch or dinner, includes everything you would want from a classic seafood shack: shrimp cocktail, raw clams, steamers, clam chowder, lobster bisque, fish-and-chips, lobster salad and, of course, a hot buttery lobster roll.

There’s also a gluten-free menu (including gluten-free rolls) with its own dedicated fryer, and co-owner Andrea Anthony’s housemade desserts include gluten-free cupcakes. The gluten-free options were added about six years ago after a customer called the Lobster Roll to see if the restaurant could accommodate her daughter, who had been diagnosed with celiac disease.

“We even change gloves,” Anthony says. “We have a whole protocol. We have a celiac button in our computer that alerts the kitchen to go DEFCON 5. I’m proud of that.”

This relaxed surfer-chic restaurant, which showcases seafood and wood-fired cooking, is the Amagansett spinoff of New York City Mediterreanean-food mainstay Il Buco. Starters include raw oysters with turmeric and chardonnay vinegar, and there’s also an assortment of tinned fish from Europe.

Fill out your feast with chef Justin Smillie’s roasted clams, seared octopus or whole branzino. There aren’t any pastas here, but you can get your carb fix with an assortment of housemade ancient-grain focaccia.

This constantly buzzing Montauk hotel and restaurant, which dates back to 1952 and was purchased by developer Jeremy Morton this year, is keeping things fresh with a new menu from chef Salvatore Olivella. A watermelon salad and a lobster roll are summer crowd-pleasers, and the wood-fired pizzas include one with littleneck clams and another with spicy sausage.

Of course, there’s also a $100 truffle-topped pizza (you can get half of one for $50), which works well for both affluent food enthusiasts and Instagramming scenesters.

This flagship restaurant has adjacent sister properties that include Claudio’s Waterfront (which features live entertainment on weekends), Crabby Jerry’s and Claudio’s Pizza.

Prolific chef/restaurateur John Fraser, known for his elegant New York City neighborhood spots (like the Loyal) and also his serious takes on hotel dining, took over this beloved Southold destination last year. The North Fork Table & Inn has long been known as the pinnacle of seasonal cooking with local ingredients in Long Island wine country, and Fraser is living up to the high expectations by serving dishes like Montauk tuna with radish roots and tops; a Jamesport Farmstead hen egg with housemade ricotta and gold bar squash; and beef tartare with ramps.

Fraser has also reinvigorated the North Fork Table & Inn’s popular food truck, which is now slinging lobster rolls, smoked short ribs and Greek salads with heirloom tomatoes. There are picnic tables if you want to eat lunch from the truck on-site. Pro tip: Grabbing a wondrous fruit pie from North Fork farm stands like Schmitt’s Farm Country Fresh or Hallock’s Cider Mill will turn any picnic into an unforgettable meal.