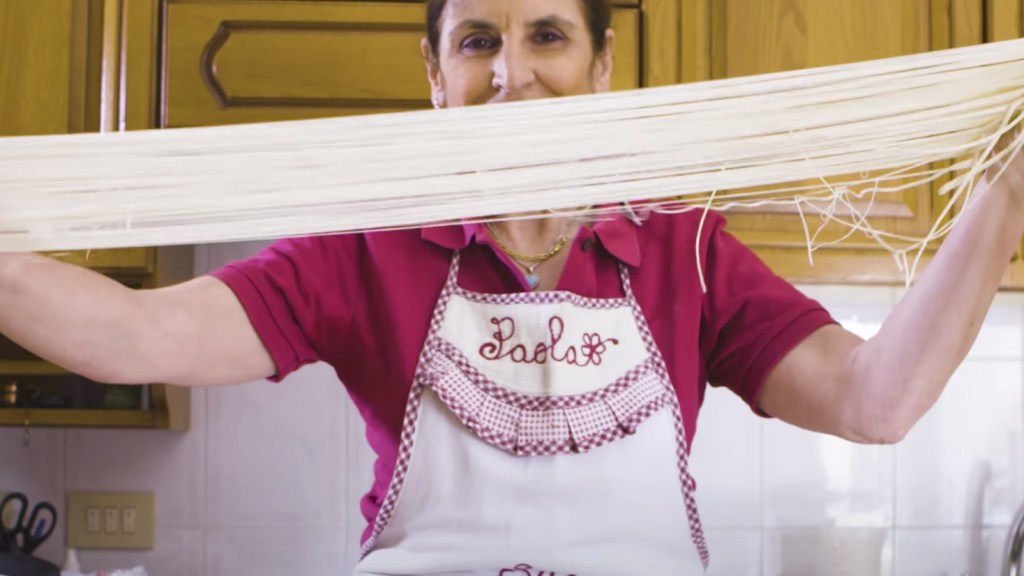 Though Italy has only been a unified country for about 150 years, people up and down the peninsula have made pasta for centuries before that. Different regions and cities created their own unique styles, leading to myriad shapes from tortellini in Bologna to cannelloni in Naples. And those are just the kinds you can find on the shelf at the grocery store today; there are a ton more that you’ve never heard of, which have never risen to the level of mass production.

“The world of pasta is so vast and its history so deep that I could study this my whole life and still not even scratch the surface,” says chef Evan Funke, who excels at handmade pasta and has devoted himself to exploring and preserving pasta making techniques in Italy. “There are so many small towns and kingdoms that have their own culinary traditions that have been totally forgotten.”

One that is on the verge of extinction is the pasta “su filindeu” or “the threads of god.” In Nuoro, a town of about 36,000 people in Sardinia, a handful of old women are the keepers of the su filindeu flame. Unlike pasta that’s cut or extruded to make its shape, su filindeu is hand-pulled like a Chinese noodle. Once a single ball is rolled, it’s pulled into 256 thin strands, then laid atop a circular base where it dries in the sun. The round sheet is then broken into sections and added to a broth or sauce.

The web series Great Big Story shows how Paola Abraini has been making the semolina-flour-based noodles for 40 years. Though she’s one of the few that can produce this 300-year-old pasta, she hopes more try so it doesn’t go away.

But that’s not so easy. Chef Jaime Oliver visited her last year and after two hours of trying to make it gave up out of frustration. And Barilla’s engineers paid her a visit to see if they could create a machine modeled after her technique, with no luck. For now, if you want the threads of god, you’ll have to venture to Sardinia.