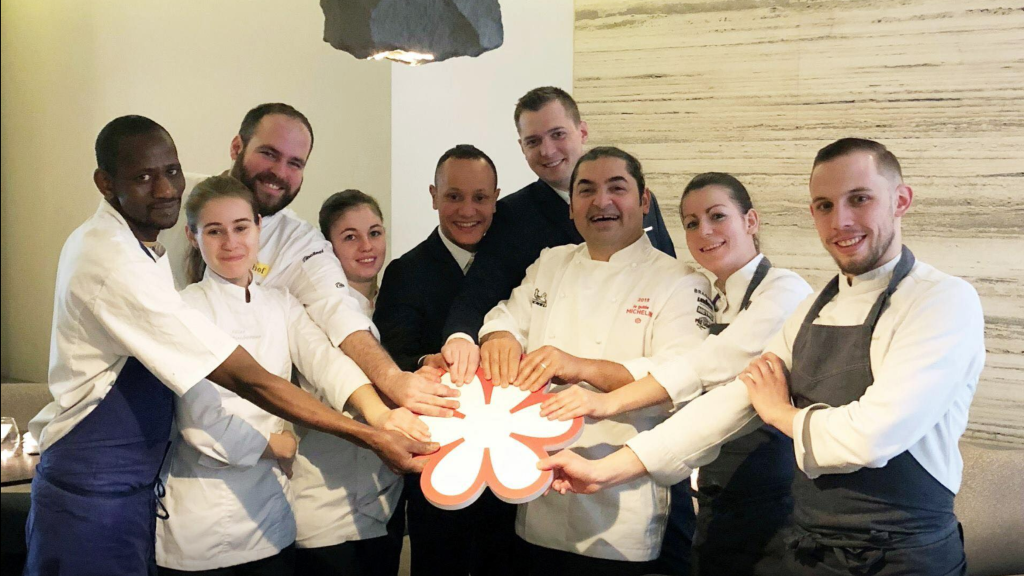 In the food world, there could rightly be some Michelin fatigue. With all the talk of handing back Michelin stars, the lack of female representation, and worries about the narrow-focused cuisine that the tire-company-turned-dining-decider prefers, the red guide has taken some hits. However, it still remains a North Star for many chefs—especially in France, where Michelin handed out ratings for 2018. And in this particular case, Lebanese chef Alan Geaam joyfully received his first ever star for his eponymous restaurant. He went from being a homeless immigrant in Paris to dishwasher to cook to chef-restaurant owner, and now he’s among France’s culinary elite.

“I never thought the Michelin would be interested in someone like me, who was self-taught, who had to sleep in the street at 19, and who began as a dishwasher,” he told Agency France-Presse. “I thought the guide was about chefs in big, fancy hotels or those trained by the great masters. But it turned out to be the opposite. It’s a wonderful surprise.”

Geaam was born in Liberia to Lebanese parents who eventually moved back to Lebanon. As a kid, he loved cooking shows more than cartoons but never had the opportunity to pursue formal training at a culinary school. He got his start in the kitchen in his home country’s military, eventually becoming a private chef for a colonel. But he fled war-torn Beirut when he was 19, immigrating to France and finding himself sleeping in parks.

Working construction during the day and as a dishwasher at night, his big break came when one night a cook cut his hand and had to head to the hospital. To the surprise of everyone there, including the owner, he stepped in and led the brigade, showing a real talent for cooking.

In 2017, he opened his restaurant Alan Geaam, and the reviews have been effusive. He serves a cuisine inspired by his new home of Paris but inflected with flavors of North Africa and the Middle East, like pigeon roasted with pomegranate molasses.

Now, with news of the accolade, Alan Geaam has been inundated with calls and is booked for the next three weeks. Geaam thanks Michelin for that: “You can criticize the Michelin guide, but I can tell you the effect—a star massively boosts a restaurant.”