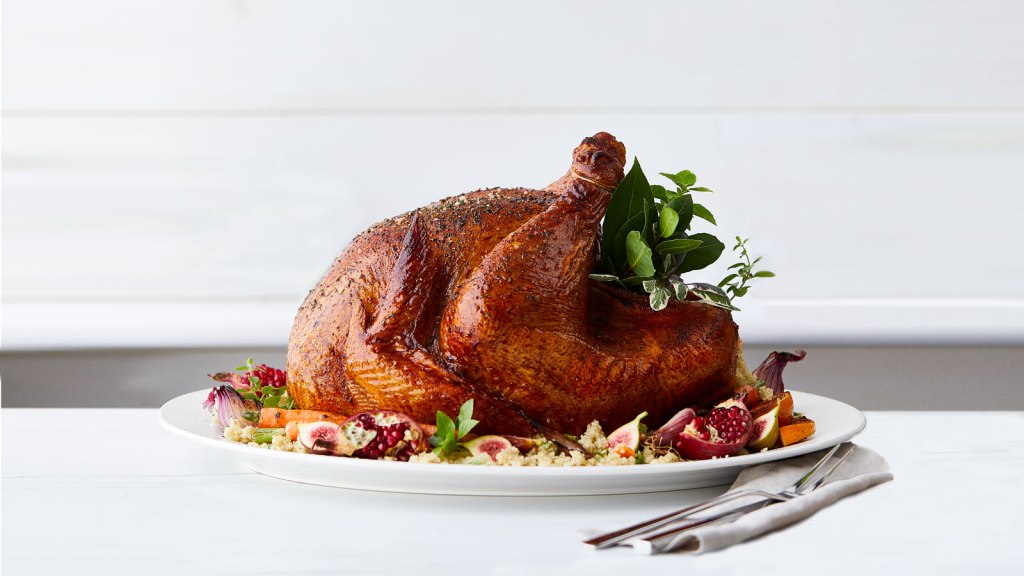 New Yorkers are a rare breed. This year, they’re demanding their turkeys be one, too.

The Wall Street Journal reports that at specialty markets and butcher shops around the city, Big Apple denizens are plunking down up to $300 for heritage-breed turkeys. At Eli’s Market on the Upper East Side, the birds are going for nearly $11 per pound.

In some cities, that amount of money will get you a complete Thanksgiving dinner cooked by an award-winning chef. But in N.Y.C., three bills only get you a large, raw bird. Things are pricey in the big city.

Why do these gobblers cost so much more than the ones from the supermarket? It’s the Brooklynization of turkey. Purveyors mine foodways that existed prior to mass modernization of food production in order to find goods that stand out compared to the commodity products you’d find at your local grocer. It’s why we had a boon of handcrafted pickles and chocolate made by people with fluffy beards.

With turkey, that means eschewing the kind-of-bland Broad-Breasted White that’s been crossbred and factory-farmed in favor of the breeds you would have found on your great-grandparents’ farm. Heritage breeds cost more per pound than the supermarket variety because they grow at a slower rate; thus, they take longer to raise—and time is money.

Specialty meat purveyor D’Artagnan sells Standard Bronze and Bourbon red breeds, touting how the birds were humanely raised on a small farm, weren’t given antibiotics, ate a diet of corn and soy, and were allowed to use their parents’ HBO Go password to stream the latest season of Game of Thrones (okay, maybe not the HBO part). The company sold out of all its heritage birds.

Heritage Foods U.S.A., a group founded in 2001, combats the extinction of rare breeds by trying to goose demand (sorry) through advocacy aimed at consumers, giving farmers enough people to sell to in order to keep breeding these birds. The organization sells turkeys from the Good Shepherd Poultry Ranch, which has lineages going back to the 1840s. Heritage Foods sold birds ranging from 8 to 10 pounds for $99 to 18 to 20 pounds for $199. And, like D’Artagnan, they sold out, as well.

Do they taste better? Advocates like Patricia Grunler Westermann—manager at the restaurant Le Coq Rico, which sold out its heritage turkeys—believes she can “really feel how they live” when eating a heritage bird, she told the Journal. It’s still turkey, though, so even the greatest farming practices won’t make it as delicious as more richly flavored meats like lamb or aged beef.