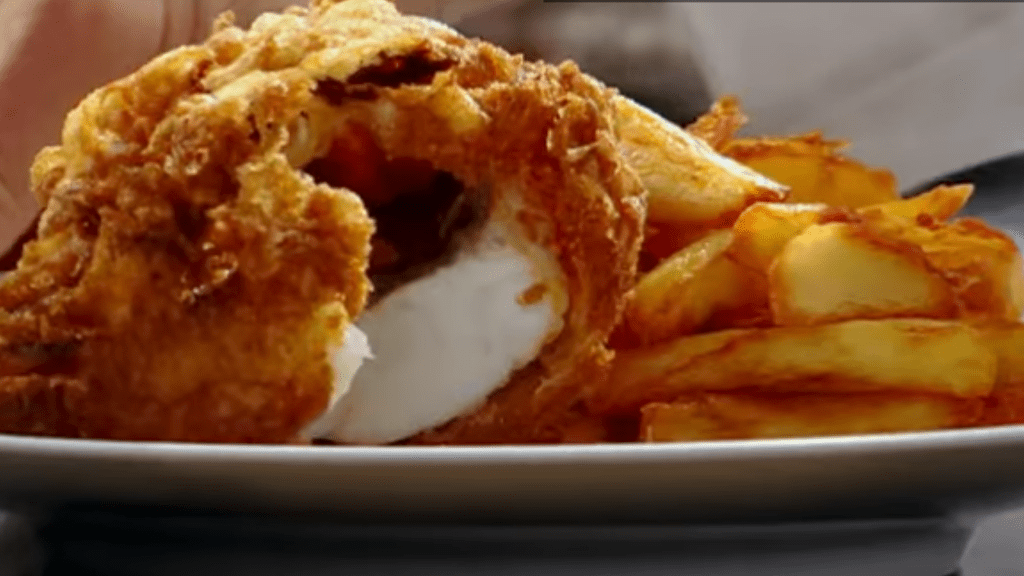 It’s Heston Blumenthal’s nature to overthink things a bit. The chef at the experimental three-Michelin Star restaurant The Fat Duck in Bray, England, creates not just a meal, but an entire story and journey to trigger a nostalgic experience. This formerly world’s No. 1 restaurant mixes traditional and molecular techniques to for a once-in-a-lifetime dining experience, where the menu is a map of an imaginary island, where each course is a new location to visit. And once you’re in his world, he’s not afraid to get a little weird, mixing up traditions where he creates savory lollipops, or egg and bacon ice cream.

But what if you took all that focus, willingness to experiment, and emphasis on technique and deployed it not to creating foams or chicken liver that looks like a tangerine, but instead dedicated it to taking a classic dish and making it great? That’s exactly what Blumenthal did when he broke down how to make the perfect fish and chips.

The star chef begins his experiment in an elevated way. He’s not using cod or halibut. No, no, no. This is a three-Michelin-star chef, so he’s going right for the whole turbot that he butchers himself to ensure maximum freshness and the correct portion size.

For the batter he mixes flour, rice flour, honey, vodka, and a beer. That’s all pretty standard, until he puts them in a C02 cannister to make the batter even airier. Once the fish is dredged in flour and coated in batter from the soda cannister, he fries it. For one last step to make the batter crispy and thick, he drizzles more of it onto the fish while it’s in the frying oil.

To make the chips, he tested a variety of potatoes and goes with the Arran victory, a type that’s similar to Yukon gold with a fluffy flesh when cooked. Usually a chef wants every knife cut perfectly even, but with his chips he actually makes the batons slightly irregular to mix up the texture of the fries because they’ll cook at slightly different rates. He soaks them in water to wash the starch and blanches them in salty water to rough the edges and create pores in the spuds. That increases the surface are when frying to make them even crispier. He refrigerates the cooked potatoes to firm them back up. After pulling them from the fridge, he fries once, cools, and then fries again, timing that last frying with the preparation of the fish, so everything finishes at the same time. It’s a master class in cooking.