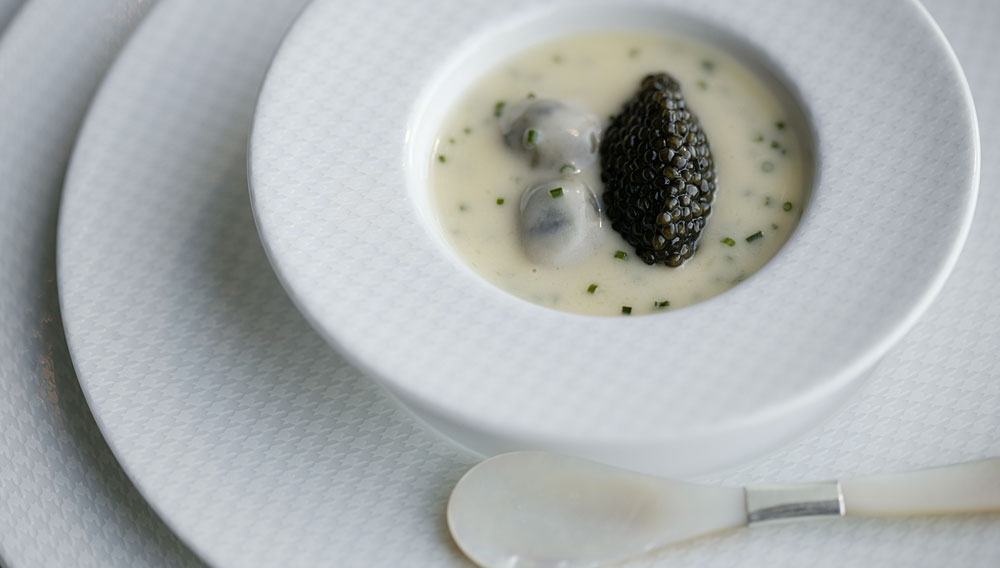 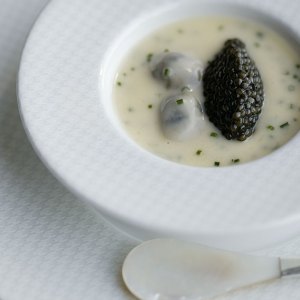 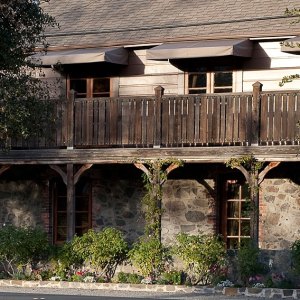 When chef Timothy Hollingsworth took over the helm at The French Laundry (TFL, to insiders) one might have expected some anxiety on his part. Since he’s spent a decade honing his culinary skills at the revered Yountville, California, restaurant, working nearly every station, including pastry, that wasn’t an issue. TFL’s core values–creativity, simplicity, organization, and respect for ingredients–are so deeply instilled in him, it’s hard for him to differentiate his own culinary point of view from that of owner Thomas Keller, or of Corey Lee, Hollingsworth’s predecessor. At a recent meal, stand-outs included the Oyster and Pearls, a velvety, warming, savory tapioca pudding spotted with the plump saline bivalves and topped with white sturgeon caviar, and a Japanese medai fish contrasted with a clean citrusy broth, green fennel, salty olives, and smoky chorizo. The latter, which is remarkably light and complex, is one of the chef’s favorites. “You have the brininess of the clam stock and olives,” explains Hollingsworth, “the brightness of the anise and citrus and the meatiness of both the chorizo and the fish itself.” On the heavier side was a callote of grilled beef accompanied by sweet eggplant from the restaurant’s garden, a crispy stalk of tempura broccolini, red radish, mushrooms, and lily bulb. The most surprising and playful combination arrived in the form of a cheese plate that celebrated Scharfe Maxx, a Swiss washed-rind cheese, which was also used in the grilled cheese sandwich with ham. Along with the star ingredient came crisp bacon, melting pork belly, and pain perdu. In the coming winter months, Hollingsworth is developing his own signature versions of stews, braises, and game-bird preparation, continuing in the TFL tradition. (707.944.2380, www.frenchlaundry.com)