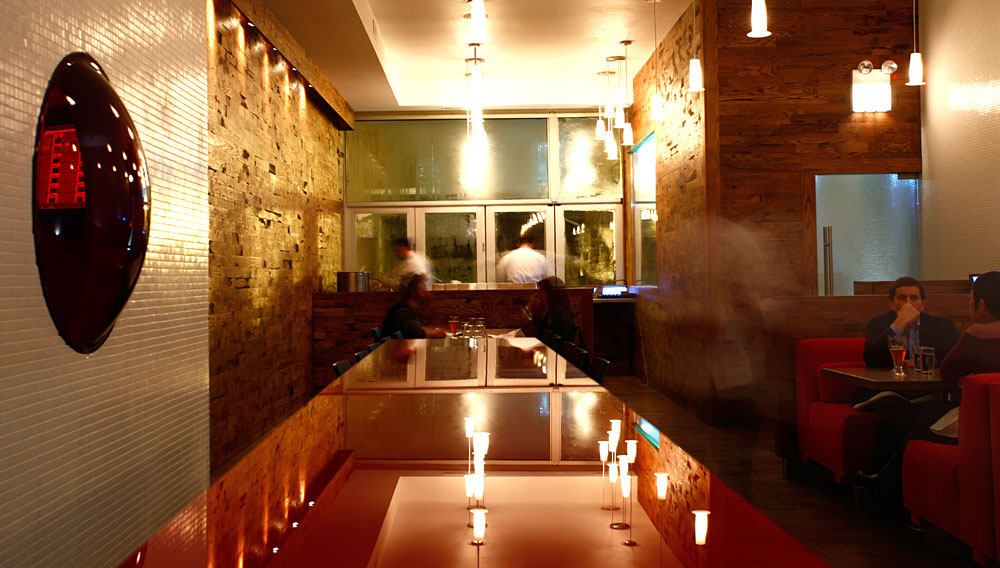 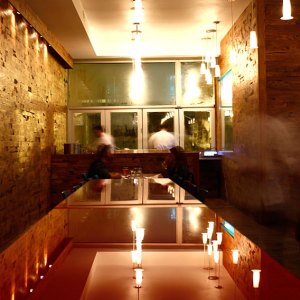 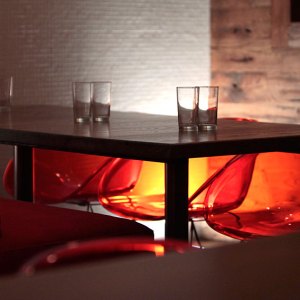 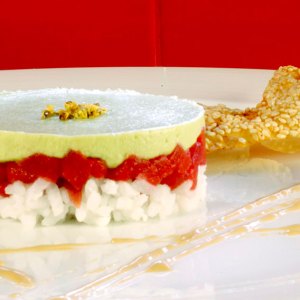 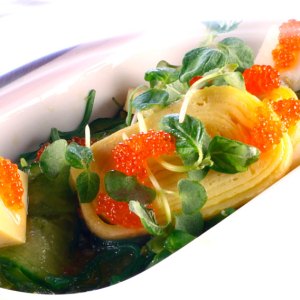 Thirty-five-year-old chef Homaro Cantu is sending traditional Asian cuisine into a tailspin at his new restaurant iNG, which opened in Chicago’s meatpacking district in March. The restaurant’s name stands for “Imagining New Gastronomy”—a seemingly appropriate name for its bill of fare, which features everything from cod and edamame dumplings,to whimsical waffle desserts. Foods on the menu (which range from $8 to $24) are categorized by processes like Cooling, for example, to denote the cold appetizer section, whereas Boiling indicates soups; and titles like Sipping, Brewing, and Mixing refer to the drink section.

Cantu’s culinary concept is a synthesis of ancient Asian cooking techniques—making hand-pulled noodles, for instance—and innovative food pairings with flavors such as Vietnamese coriander and coconut. Executive chef Thomas Bowman carries out Cantu’s vision with staple dishes like his baozi (breadlike buns) stuffed with with pork, enoki mushrooms, and melted scallions; tomagayaki (Japanese rolled omelet) with tobiko and seaweed salad; and a hot chocolate dessert with doughnut ice cream and churro spaghetti. Guests looking for a more intimate dining experience may opt for the iNG chef’s table, where an exclusive 15-course tasting menu is available to one group at a time in a sublevel kitchen. (855.834.6464, www.ingrestaurant.com)