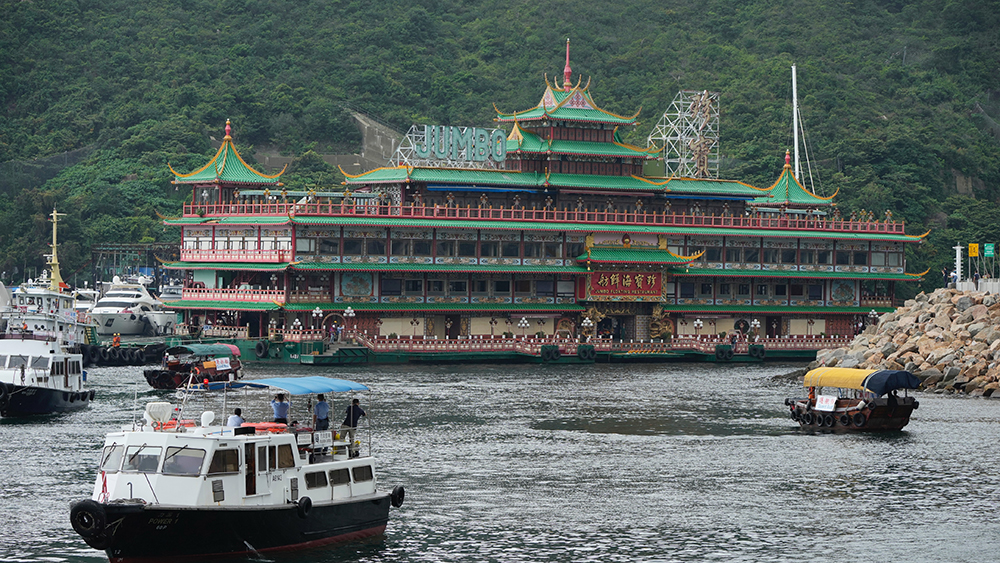 One of Hong Kong’s most renowned restaurants just gave new meaning to the words “going under.”

Over the weekend, the iconic Jumbo Floating Restaurant sank as it was being towed away from the city, the New York Times reported on Tuesday. The 260-foot, three-story restaurant capsized, according to Aberdeen Restaurant Enterprises, which owned the building. Luckily, no one was injured in the incident.

Jumbo Floating Restaurant had been a Hong Kong mainstay for nearly five decades. It first opened at Aberdeen Harbor in 1976 and was initially part of a complex called Jumbo Kingdom, which also included a similar but smaller restaurant. Over the years, it became a destination for visitors to the city, including famous figures such as Tom Cruise, Richard Branson and even Queen Elizabeth II. It also appeared in several films, such as the James Bond movie The Man With the Golden Gun and Contagion.

Despite its star power, Jumbo had lost millions of dollars by 2020, and pandemic restrictions in Hong Kong forced the restaurant to close. At the time, Aberdeen Restaurant Enterprises said it could not afford the upkeep and offered to donate the building to a local theme park. While the government was initially on board with that plan, it ultimately didn’t move forward.

On June 14 of this year, the restaurant began its journey out of Hong Kong. Aberdeen had previously said the boat would be moved for maintenance and storage. However, before it could complete its journey, Jumbo began to tip, and it went down in a part of the South China Sea where the water is more than 3,280 feet deep, making it difficult to save the craft. (This wasn’t the restaurant’s first dance with disaster: In 1971, before it even opened, a fire killed 34 people and injured dozens of others.)

Reactions to the sinking have been mixed, with some saying it’s a continuation of Hong Kong’s visible symbols disappearing, while others have noted that Jumbo played into Asian stereotypes. One fact that is certain, however, is that Hong Kong has lost one of its most recognizable dining landmarks.