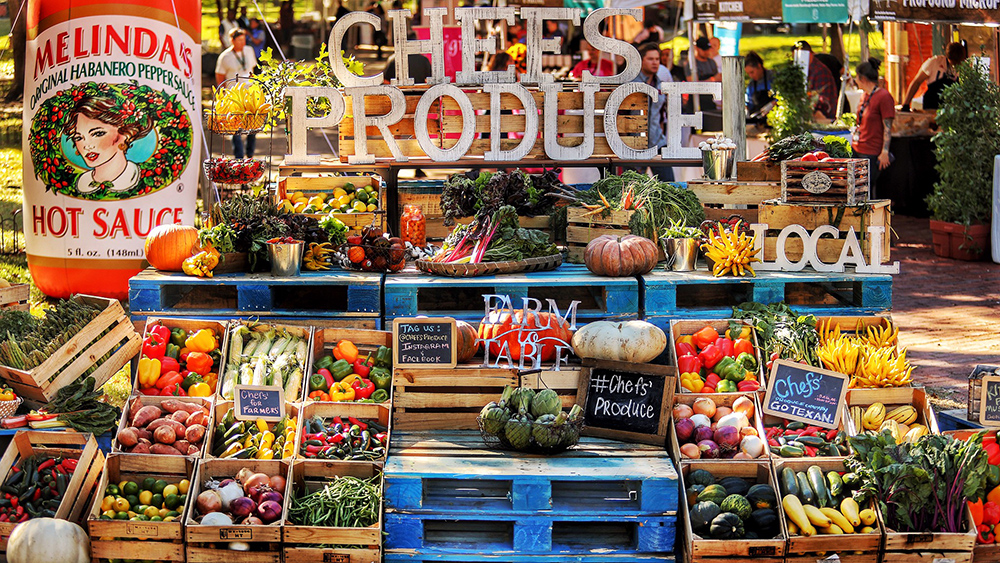 Courtesy of Chefs for Farmers

For the past 11 years, Dallas residents have been able to enjoy the Chefs for Farmers food and wine festival. Now Houstonians will get to join in on the fun, with the event making its debut in Space City this October, according to Eater Houston.

The festival, which brings together top chefs and local farmers, aims to highlight the seasonal and sustainable food available in the region via an array of tasty bites. In addition, several wineries, distilleries and breweries will be there slinging refreshing tipples. To top it off, the festival partners with a nonprofit. This year, that’ll be the Houston Food Bank, which helps food-insecure families access nutritious food and other essentials.

Chefs for Farmers first started out in 2010 as a farm-to-table dinner series, before expanding into a much larger event. (While the Houston version will take place over just one day, previous festivals in Dallas have been multi-day affairs). Last year, for example, the festival was able to raise $100,000 for its charity partner, a new record for the organization.

Paul Qui is one of the chefs who will appear at the festival.  Coutresy Nicolai McCrary/EATX

In Houston this year, the festivities will be helmed by some pretty big names in the local restaurant scene. A few standouts include Chris Shepherd of Georgia James, Niki Vongthong of Hidden Omakase and Top Chef Season 9 winner Paul Qui. During Chefs for Farmers, they’ll be serving up one-of-a-kind dishes that you won’t find on their restaurant menus, making this a pretty exciting opportunity for foodies.

The event will take place on Sunday, October 2, at Autry Park. VIPs will get an hour of early access, starting at 1 pm, with the festival lasting until 5 pm. Early-bird pricing (through July 15) is $99 for general admission and $135 for VIP access. After Friday, the prices will increase to $115 and $150 for the respective tiers.

Check out the full list of participating chefs below: