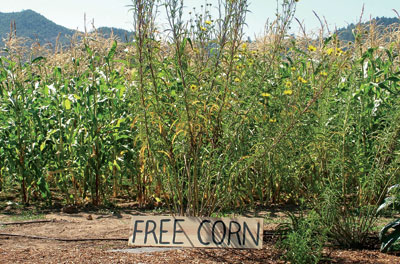 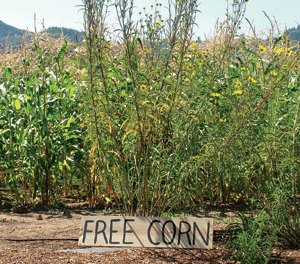 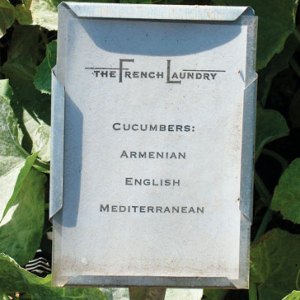 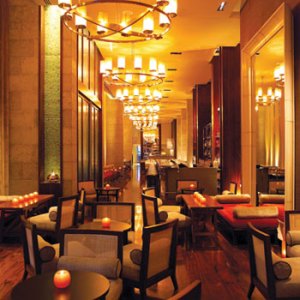 The kitchen staff at Per Se in New York and the French Laundry in California both rely on a certain kind of tape, light green in color, to mark the food containers. It stands out against the white walls and stainless steel prep tables like the leaves of spring against a snow-covered landscape. Thomas Keller insists on this particular tape, which is made for professional painters, because it peels away cleanly; masking tape leaves sticky remnants of adhesive when it is removed, and that is unacceptable. “I don’t want adhesive stuck to [the containers], because it goes against everything we do,” Keller says. “We are committed to what we do, 100 percent. We have to have the same philosophy in whatever we do.”

Spend some time in Keller’s world—where even the choice of tape is premeditated, and the pronoun “we” always supplants “I”—and you will notice that certain items are absent from it, and you will realize that they are missing deliberately. There is, for instance, no name on Keller’s chef’s whites, though some of his chefs do wear whites bearing their names. The 50-year-old, 6-foot-2-inch Keller is taller and older than his coworkers, but he is not easily identifiable, and Keller seems to like it this way. He has exhibited astonishing restraint if not reluctance to embrace the spotlight and market himself as a celebrity chef. When he purchased the French Laundry in 1994, the restaurant that would become his Napa Valley stronghold, he did not change its name. Keller’s New York restaurant, Per Se, also does not reference its owner, and neither do the Bouchon bistros in Yountville, Calif., and Las Vegas, or Bouchon Bakery, located next to the Yountville bistro. He receives the lead credit on the best-selling The French Laundry Cookbook, but he insisted that his coauthor, photographer, and agent at the cookbook’s publishing house all receive prominent billing.

Keller’s office at the French Laundry is surprisingly modest for a chef of his prominence. Slightly roomier than a phone booth, it contains two large, rectangular windows that afford views of the kitchen. A bluish-gray countertop serves as a desk, and the seat is a tall director’s chair fitted with a black fabric backrest, which, like his whites, is not inscribed with a name. One of the office’s walls is bare save for a sepia-toned photo of Keller with several staffers, past and present, which was taken in 2004 at the party that marked Keller’s 10th anniversary at the French Laundry. The wall also displays two graffiti, one from Roland Henin, who taught Keller to perfect his cooking techniques during the late 1970s, and the other from Georges Blanc, the Michelin three-star chef who Keller admires greatly.

Every night around 1 am, whether he is at the French Laundry or Per Se, Keller meets with his crew of chefs at that restaurant to discuss the next day’s menu and to order ingredients. Many of his charges were not yet born when Keller trained with Henin, and none were alive when the teenage Keller began washing dishes in the Palm Beach, Fla., yacht club restaurant that his mother managed, yet he listens to their suggestions and treats them as equals; they call him “chef,” and he calls them “chef” in turn.

The restaurant’s ingredients change, but the green tape is a ubiquitous perennial in Keller’s kitchens, decorating the containers, securing butcher paper to countertops, framing a sign in the French Laundry kitchen that reminds chefs to maintain a sense of urgency in their work, and securely holding Keller’s world together.

thomas keller has planted the roots of his next big project across the street from the French Laundry in Yountville, Calif. Fearful of what might happen to the 3-acre parcel, Keller purchased it in 2000 for $3 million and devoted about one-sixth of an acre to a garden of herbs and seasonal fruits and vegetables that supplies the French Laundry. He also planted a pumpkin patch from which local schoolchildren select pumpkins for Halloween, and he sowed two dozen rows of corn. He makes the harvest available free to Yountville residents. The garden and the pumpkins will remain, but the corn must go, because it would obscure the views of the restaurant as seen from the inn that Keller has planned for the site. Keller considers the French Laundry Inn—which architect Antoine Predock will design and which is scheduled to open in 2008—a logical outgrowth of his Napa Valley establishment. “The philosophy in most hotels is to have the restaurant as an amenity,” he says. “This is about having a restaurant with rooms as an amenity.”

The 20-room inn will offer something that no bed-and-breakfast can match: Its guests will have priority seating at the namesake restaurant. This requirement poses a dilemma to director of operations Laura Cunningham, who must devise a means of distributing the French Laundry’s 17 tables among both the inn guests and diners who do not wish to stay overnight in Yountville. Even if the inn ultimately contained just 10 rooms, its inhabitants would still dominate the restaurant’s scanty supply of seats. “We’re going to have to reevaluate the [reservations] system,” says Cunningham, adding that the inn will have a full liquor license, which the restaurant cannot obtain because it sits near a church.

“i don’t know if I’m the best teacher,” Thomas Keller confesses, “but I try to teach by example.” Clearly, his method has merit, because at least three chefs who worked at the French Laundry early in their careers—Grant Achatz, Greg Short, and Eric Ziebold—have become acclaimed chefs themselves. After a stellar turn at Trio in Evanston, Ill., Achatz last year opened his own restaurant in Chicago, Alinea, which has garnered glowing reviews. Ziebold’s CityZen debuted to praise in 2004 in Washington, D.C., and Short assumed the helm at the renowned San Francisco restaurant Masa’s last summer. The three arrived at Keller’s restaurant in 1996, before it had won its first James Beard award, and each spent at least four years there, eventually manning the critical post of sous chef before departing.

“When I arrived at the French Laundry, the kitchen was so calm and quiet, it was almost surreal,” recalls Ziebold. “That made the work seem effortless, and I think Keller’s effectiveness as a teacher comes back to the calm. The fact that I don’t yell at my cooks all the time makes them listen. If you run by inspiration, not fear, you get more out of your staff.” He says that he was also influenced by Keller’s obsession with ingredients, which prompted Keller to teach Ziebold, among other lessons, to appreciate the nuances that a green almond presents as it matures. Recently, a supplier sent Ziebold unripe rhubarb, which was not what he had ordered. “A normal chef would have yelled at the supplier,” he says, “but [I thought] OK, we’ve got this rhubarb, what are we going to do with it?” Instead of complaining, he rewrote the menu to make use of the root. “It wasn’t a bad product,” Ziebold says. “It was just not what I expected. And if I had sent it back, it would have been thrown away. How wasteful is that? Thomas taught me respect and reverence for food.”

Short learned an equally valuable lesson from Keller: not to let a bad day haunt him. “I wasn’t comfortable working in the kitchen until after six months there,” says Short, recalling how early in his tenure at the French Laundry, when he was overwhelmed with his duties, Keller had to take over for him. “If he knows your heart is in it, he’ll give you more of a chance, but he doesn’t want you bringing yesterday in with you. Some struggling chefs had the attitude of someone trapped in a plane that was going down, and sunk in deeper.” Keller promoted Short to sous chef in 1998 and nominated him for the Bertolli Sous Chef Award, which he won in 2001.

Achatz and Keller have a unique bond. Achatz, who met his future wife at the French Laundry, named one of his two sons Keller. “I’ve worked with other great chefs who have a meticulous approach, but I learned things from Keller that I never learned from them,” Achatz says. “Every cooking technique that he does, he’s done for years and years, and you can learn what took him two decades to learn if you’re willing to take it in.”

Achatz insists that he ate the best meal of his life at the French Laundry in 1996, just before he began working there. After a successful job interview, Keller told the young chef, “Anything I can do for you, let me know.” Achatz’s father, who drove him from St. Clair, Mich., to California several weeks later, asked his son if they could dine at the French Laundry, placing Achatz in the awkward position of requesting a favor before he had reported for his first shift. But Keller found a table for them. “We ordered the nine-course tasting menu, and he crushed us with food. Then a server told us that the meal was on the chef,” Achatz says. “I was 22 years old, the lowest on the totem pole. He had no clue if I was going to be a good chef yet, but he gave me the best meal of my life and said it was on him. From there, we had a very good relationship.”

A Lawsuit Spurs the Return of Indoor Dining in New York State, but Not in NYC

From Vegan to Paleo: 8 Healthy Meal Delivery Services to Keep You in Shape This Year

How High-End Sushi Became a Pandemic Lifeline for LA Restaurants