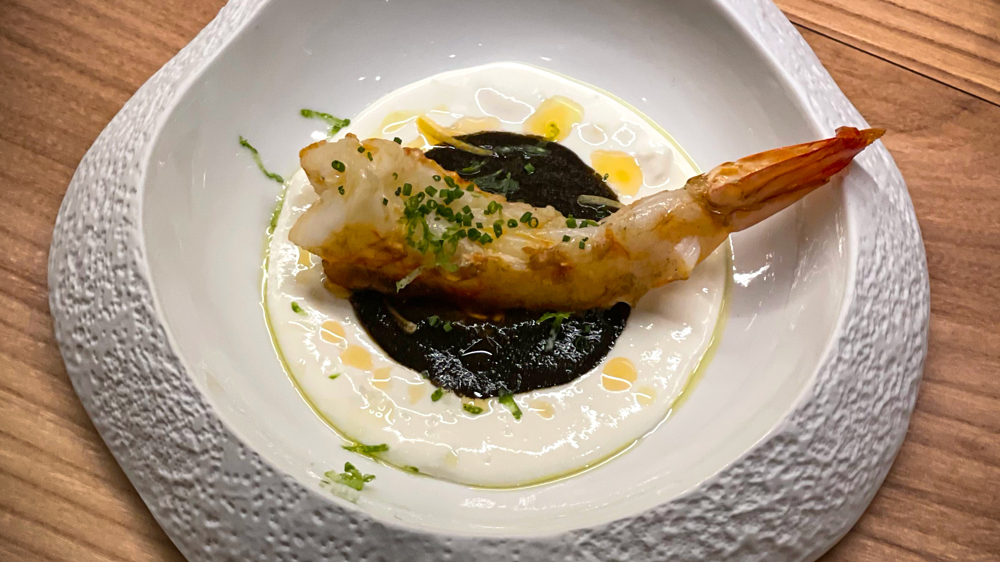 A perfect meal. It’s the aim of most chefs and restaurateurs and the highest praise of diners and critics. But at a new restaurant in Washington, DC, the staff wants you to be prepared for a less-than-flawless experience. That’s why they named the place Imperfecto.

“We don’t see mistakes as a bad thing—we see them as a way to be better, if we know how to learn from them,” co-owner Ezequiel Vázquez-Ger said.

This is not to say Imperfecto, which opens Friday, March 19 in DC’s West End, won’t be ambitious in its pursuit of excellence; it just means they’re being realistic. Their motto? “We will seek perfection, but we will never achieve it. We don’t want to.”

From the team behind acclaimed pan-Latin DC hit Seven Reasons, Imperfecto layers those flavors and techniques with dishes associated with a different part of the world: the Mediterranean.

“[The menu] is going to have a very strong personality,” chef and co-owner Enrique Limardo said. Limardo, who is also the chef at Seven Reasons, grew up in Caracas, Venezuela and then spent years traveling and cooking around Mexico, Peru, Argentina, Italy, Spain, France, Dubai and more. “I want to show how the Mediterranean [colonizers] transformed the entire menu in South America. But I want to do it in reverse.”

That means he’ll take traditional European and Middle Eastern dishes and renovate them with Latin ingredients. For example, the hummus will be made with shishitos. The burrata will be paired with pink pineapple. The ravioli will be filled with ricotta and harissa. The foie gras will be on plantain brioche and slathered with soursop compote. The pork loin will come with goji berry and rosewater marmalade. Twenty-one-day dry-aged Wagyu will be topped with tamarind. And the braised lamb terrine will be dusted with black truffles.

The 98-seat restaurant will offer an a la carte and an 11-course chef’s table tasting menu. There are also wine, mocktail and cocktail menus, which are also inspired by the regions. A martini is garnished with Greek olives, while the South American brandy pisco is paired with passionfruit purée.

Limardo butchers everything in-house, only purchases sustainable seafood harvested the humane, Japanese Ikejime way and employs ancient methods to create a nearly zero-waste kitchen. Every scrap is dried, roasted and blended into ashes, which are then used to flavor oils, salts and even sugars in desserts.

While doing research for Imperfecto, Limardo discovered there are about seven ingredients used in cuisines all over the world and tried to connect their dots into what he called the “gastronomy web.”

“There were a lot of failures trying to combine those flavors, but then I figured out how to find the balance and create a great experience for the palate,” he said. “You get the feeling you are traveling. My goal is that [diners] can sit in the restaurant and forget about everything else. They can have fun.”

The project has been in the works since last summer, when Vázquez-Ger got a pandemic-motivated real estate deal he just couldn’t pass up. He knew they wouldn’t be able to open at full capacity when the time came, but he viewed it as an opportunity to build from the ground up, make mistakes and get things right.

“We saw that there’s really a demand for fine dining,” Vázquez-Ger said. “And maybe even more than before, because people haven’t been going out for a long time. So now when they go out, it’s a real luxury, a real special occasion.

“I’m not going to be humble here. When we opened Seven Reasons, we did it only because we wanted it to be the best restaurant in the U.S. or the world, not to be one more restaurant. That’s the way we approached it. Now we’re opening Imperfecto and we’re going to try to be the best possible [once again].”