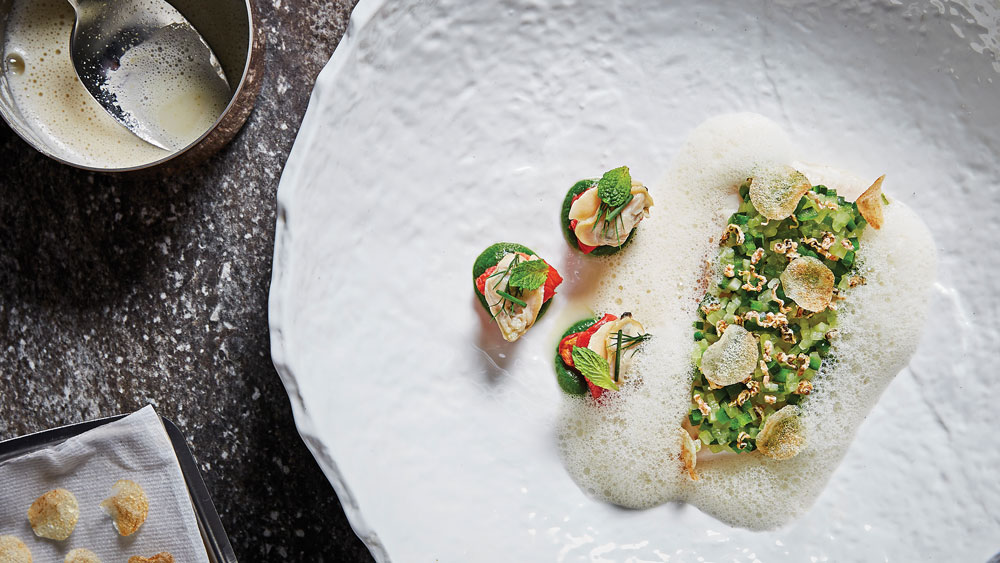 Florida’s bid for a Michelin Guide has paid off—quite literally. After the Sunshine State’s tourism board paid $150,000 for the Michelin Guide to come and rate its restaurants, 15 Florida spots are now the lucky recipients of coveted Michelin stars.

The highest honors went to L’Atelier de Joël Robuchon Miami, with the guide noting that diners should order the seasonal prix fixe. “It was clear to us that the consistency and strength of execution at this location was indicative of a two-star rating,” an anonymous chief inspector for Michelin told the Miami Herald.

Elsewhere in Miami, one star was awarded to restaurants such as Ariete, Cote Miami and Hiden. Over in Orlando, the newly appointed Michelin-star restaurants are Capa, Soseki, Kadence and Knife & Spoon. Tampa, the third city covered by this guide, was shut out of the stars this time around. Another 29 restaurants across the state were named as Michelin Bib Gourmands, a kind of runner-up prize Michelin gives out to restaurants with a more affordable price tag.

“This very first selection of the Michelin Guide in Florida highlights glittery Miami, storied Orlando and breathtaking Tampa, offering a unique blend of international cuisine and Florida flavors,” Gwendal Poullennec, the international director of the Michelin Guides, said in a statement. “Local foodies as well as travelers will enjoy exploring these mesmerizing and rich Florida culinary destinations.”

The truth is though, many travelers could find the restaurants receiving stars elsewhere, as multiple were opened by chefs not located in Florida. Cote and Le Jardinier’s original locations are in New York; John Tesar of Knife & Spoon is based in Dallas; El Cielo (where diners bathe their hands in chocolate for some reason) hails from Bogota, Colombia; and the only two-star destination in the state, L’Atelier de Joël Robuchon, has locations around the globe.

The three-Michelin-star honor, unfortunately, proved elusive for Florida. However, that highest caliber has only been bestowed on 13 restaurants in the US: six in California, five in New York and one each in Chicago and Washington, D.C. If the Michelin Guide returns to Florida next year, chefs will surely be stepping up their game to try to reach the ranks of the state’s highly regarded restaurants.