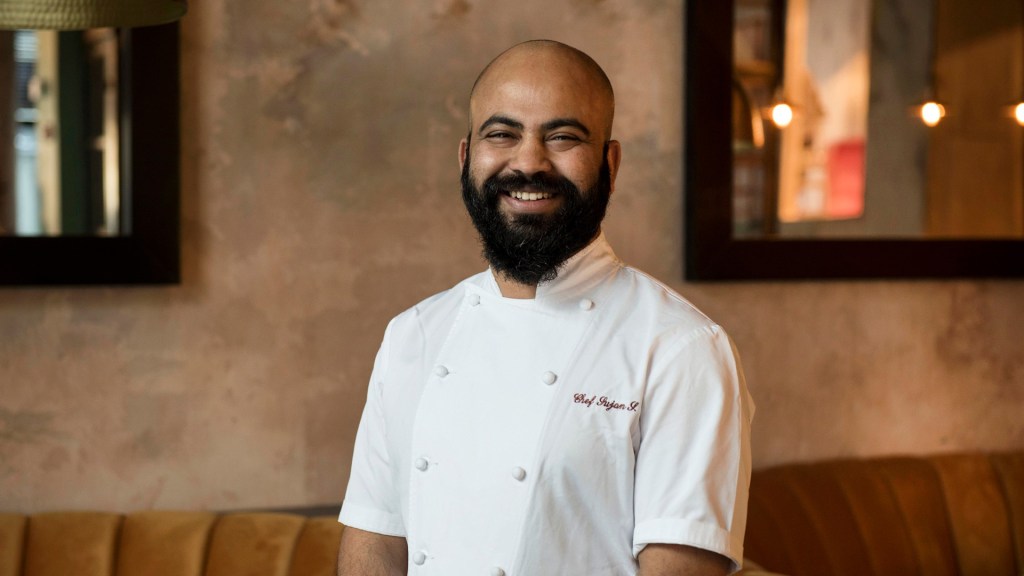 Chef Sujan Sarkar spent more than a decade cooking in London, honing his craft before returning to India in 2013 to be disappointed with what he found. “There was nothing exciting with Indian food,” Sarkar told Robb Report. “There were no Indian gastrobars; no Indian tapas.”

The traditional foods and preparations still dominated the food scene. He felt there needed to be an injection of creativity. So back home in Delhi, he opened Ek Bar, a cocktail spot serving Indian food using modernist techniques he’d learned abroad combined with regional flavors of the subcontinent. Acclaim soon followed with Sarkar winning chef of the year in India for 2016 from the Times of India.

With wind at his back, he brought his cooking to America earlier this year, opening Rooh, a modern Indian restaurant in San Francisco that earned him a glowing review from the Chronicle Critic Michael Bauer extolled Sarkar’s weaving together of the traditional and modern. “His take on fresh oysters illustrates this. The oysters are cooled by pink guava and chile granita and, for an acidic kick, topped with a puff of lemon foam and pickled turnip.”

Sarkar is not sitting still. “San Francisco gave me confidence,” Sarkar says. “But if you’re not coming to New York, you’re not challenging yourself. Opening a restaurant in Manhattan is a dream.”

Today, in the East Village Sarkar opens his maiden venture in the Big Apple, Baar Baar, which he refers to as a gastrobar. It’s inspired not just by India, but by his time in England. “In London there are bars and pubs with really high quality food. I learned how the connection and balance between food and cocktails should be.” So while he’s bringing other techniques in the modernist cuisine toolkit like espumas and sous vide cooking with him to New York, he’s not opening another version of Rooh.

“My San Francisco restaurant is more fine dining with a tasting menu than what I’m going to do in New York,” he says. “In New York it will be a little more casual—a place you can drop into without having to think twice and have plates to share with friends.”

For the dishes, he’ll find inspiration from flavors around the subcontinent, like his seafood Alleppey curry from the southwest coast, or his lamb dish with a flavor profile similar to cuisine from Hyderabad in the center of the country. And there will also be the opportunity to use apply the flavors of India to ingredients he wouldn’t normally use back home. Beef, verboten in some parts of India, will have a home on Baar Baar’s menu with a short rib in a madras curry served with baby turnip.

While there are curries on the menu, he wants to surprise people with how their presented and defy their expectations for Indian cuisine. “I want to make Indian food sexy,” he says. “From the cocktails to the food, I want it to be exciting. It’s modern techniques with Indian flavors.”

And while he’s excited to share this food with New Yorkers, he still wants to get back home and keep pushing the envelope on Indian cuisine there. “In India we need time. The learning shouldn’t stop. It would be like how Noma created Nordic cuisine,” Sarkar says. “Modern Indian food will move forward and the country will be a culinary destination.”