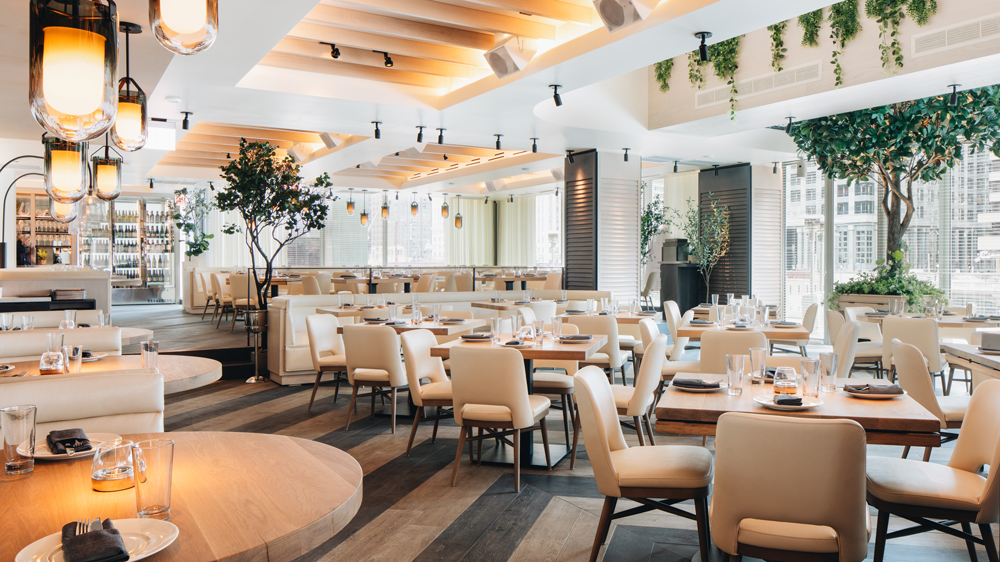 To stem the tide of Covid-19 infections, cities across the country began shutting down indoor dining as the pandemic surged late last year. In Chicago and its suburbs, Gov. JB Pritzker halted it on October 30; in Baltimore, indoor and outdoor dining had to stop on December 11; all of Michigan closed on November 18; and DC Mayor Muriel Bowser shuttered dining rooms at the end of service on December 23. This weekend, restaurants in Chicago, Baltimore and DC were allowed to reawaken from their slumber, while Michiganders were told they could resume indoor dining on February 1.

In each region, reported new cases are falling, so restaurants will be allowed to return with 25 percent capacity indoors, while Baltimore restaurants have to cap their outdoor dining at 50 percent too.

Chicago’s reopening comes on the heels of a lobbying effort by Mayor Lori Lightfoot. She has argued that despite the risks indoor dining poses, it may be safer than the underground parties and private gatherings that caused cases to surge. She believes it would be better to have regulated restaurants giving people a place to gather an socialize.

“Let’s bring it out of the shadows, let’s allow them to have some recreation in restaurants, in bars, where we can actually work with responsible owners and managers to regulate and protect people from COVID-19, so I feel very strongly that we are very close to a point where we should be talking about opening our bars and restaurants,” Lightfoot said earlier this month.

When Chicago posted three days straight of a positivity rate below 8 percent, it allowed the city to move into the Illinois Department of Health’s Tier 1, meaning dining could resume. But just because restaurants can reopen, doesn’t mean they will. Some places, like Michelin-starred Elske, have decided to hibernate for the winter.

In Michigan, Gov. Gretchen Whitmer credited pausing activities like indoor dining with reducing cases across the state to a level safe enough to resume them. However, even with the state allowing indoor dining to resume, officials cautioned against it.

“Today’s announcement is possible because of our progress over the last two months,” the state’s director of Health and Human Services Robert Gordon, said in a statement. “Even so, the science is clear that unmasked, indoor activities like dining and drinking are still a source of high risk around COVID-19. The safest course remains to support your favorite restaurant with carryout, delivery or outdoor dining.

The DC indoor ban was originally set to expire on January 15, but the storming of the Capitol on January 6 led Bowser to extend the restrictions until the inauguration was safely in the city’s rearview mirror. The reopening comes a little over a week after DC’s case rate per 100,000 people hit a record high. But since then that number has fallen 45.9 to 31.32 in short order, according to data published by the city.

As restaurants resume partial service in these cities, the country’s two largest are still prohibiting dining indoors. New Yorkers are allowed to dine outside only, while LA County shut down even al fresco eating back in November. Gov. Gavin Newsom followed up on that by restricting in-person dining around the state. While infections are off their peak of two weeks ago in the Golden State, they’re still significantly higher than last spring. And when it comes to vaccinations, the state ranks dead last. So it may be a while still before San Francisco and LA get to join these other cities in reopening indoor dining, but the state has announced outdoor dining can resume.