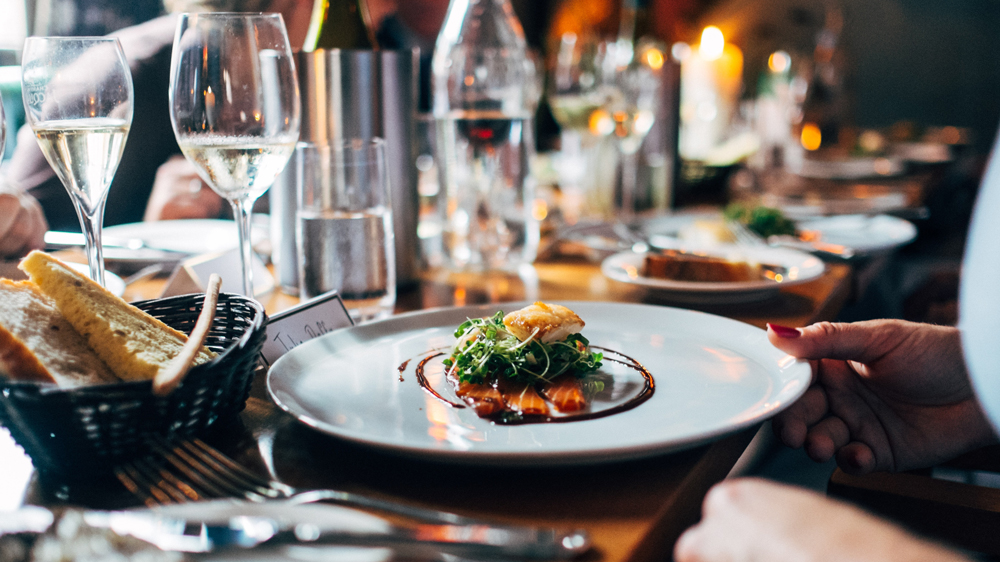 What the Kwasi Moses’s meme lacked in visual flair, it made up for in impact. Last week the California-based chef shared on his Instagram a straightforward list of ingredients and supplies, comparing what they cost a year ago against today: The price of fryer oil had more than doubled since 2020. The cost of takeout boxes had increased by nearly four times. And a case of chicken wings had spiked 388 percent.

The post struck a nerve. Soon, the food corner of Instagram was inundated with chefs and restaurateurs reposting this simple image on their feeds and in their stories to commiserate about inflation. Restaurants once again found themselves at the tip of the spear of another economic shock. After feeling the squeeze from the pandemic the last 19 months, restaurants are now being hit with rising costs for ingredients and supplies across the board, as the global supply chain falters.

“It’s everything: beef, lamb, soap, plastic, wine, plate ware and glasses. It’s wild,” says Joe Flamm, who opened his Chicago restaurant Rose Mary earlier this year. “Also, everything is hard to get—distributors are not taking accounts and canceling accounts because they don’t have the drivers.”

The inflation is being felt around the country. “The price increase for meat is substantial and is having a tremendous impact on our business,” says Erin Smith, the chef and co-founder of Feges BBQ in Houston. “Brisket costs have gone up 45 percent since 2020! Brisket makes up 75 percent of our sales because in Texas beef is king.”

Several chefs, including Burt Bakman of Slab in Los Angeles and Claudette Zepeda of Vaga north of San Diego, told Robb Report that even a little thing like gloves have become a hot commodity. At Vaga, the kitchen staff are acutely aware of the shortage. “Everyone steals a box when they come in, just in case we can’t get them fast,” Zepeda says.

Inflation is not unique to the restaurant industry. Used cars, furniture, energy and more have all experienced price increases this year. The Personal Consumption Expenditures price index, which the Federal Reserve looks to as the broadest measure of inflation, hit 4.3 percent in August, the highest levels seen in 30 years. That’s generally a number the Fed wants to see at 2 percent.

There are a confluence of factors causing the price increases, with a major driver being the overburdened global supply chain causing shipping costs to increase.

“I doubt it’s gotten that much more expensive to make olive oil or saffron, but I think getting it to the markets has gotten a lot more expensive,” says Mark Witte an economics professor at Northwestern University. “The transportation network is really overstretched. And so my guess is that is what’s driving a lot of that inflation; it’s just hard to get things where we want them, and we’re having to pay more to get that to get that done.”

On a recent earnings call, Richard Cardenas, the president and COO of Darden—the publicly traded company that owns restaurants including Capital Grille, Longhorn Steakhouse and Olive Garden—told analysts that the company felt the effects of inflation, but not for totally negative reasons. The company’s sales exceeded expectations, so it had to buy more supplies. Some of its vendors, however, couldn’t fulfill the additional orders, so the company had to pay more on the open market to meet its increased demand. “These higher sales volumes as well as freight costs have contributed to higher-than-expected inflation,” Cardenas said.

That jibes with what Terry Alexander, economist and senior lecturer at Cornell University, has observed. “Basically, the reason that we’re going through this is that a lot of companies got rid of resources that they now find they’re needing,” he says, like shipping companies not holding onto enough containers or employers laying off too much of their work force and now finding themselves short-staffed along all points of the supply chain.

“Also, there does seem like something of a spending boom,” Witte says. “And whatever the supply chain was before, we’re trying to ship more things through a channel that has constraints. It’s somewhat screwed up now, and we add high demand on top of that, yes, it’s going to be a catastrophe.”

A chef like Manabu “Hori” Horiuchi, who serves sushi at Kata Robata in Houston, is especially sensitive to shipping costs, as he’s flying a lot of product from Japan. He’s seen his ikura (salmon roe) increase from $25 to $55 per pound, and king crab is now up to $60 from $25.

To get a handle on these increased costs, companies have employed multiple tactics. Packaged food brands like Tillamook Ice Cream and Oreo are keeping prices the same but cutting the amount of product in the package, a tactic called shrinkflation.

At restaurants, diners may get the same portion they received before, but the price increase is passed along to the consumer. Smith says Feges BBQ is selling brisket for $28 per pound, up from $20.

Inflation has also meant getting creative with what is offered to diners. “Menu engineering changed this year,” Zepeda at Vaga says. And Smith agrees. Feges has introduced some lower cost cuts, like smoked beef shoulder, to offset rising food prices. But in some cases inflation has created hard choices. Horiuchi took his king crab roll off the menu entirely, while increasing the price of the king crab sushi and sashimi.

And for Flamm’s Rose Mary, the supply chain issues haven’t caused him to remove items from his Italian and Croatian-inspired menu, but they have kept some new dishes from appearing. “We asked [suppliers] about other cuts, like lamb chops and shanks, and basically we were told they wouldn’t be able to get me them consistently.”

Flamm isn’t smiling when he can’t get the ingredients he wants.  Photo: courtesy Rose Mary

Despite the problems the current inflation is causing, Witte isn’t concerned. “Whatever short term problems we have, we can wear them down over time by figuring out how to work around it,” he says. “I don’t see this as being like a big fundamental change to the economy that’s going to screw things up long term.” He expects supply chain issues to get ironed out, easing the bottlenecks that are currently driving the price increases.

The Federal Reserve, over the last decade, has been quite adept at controlling for inflation, and Alexander expects that to continue. Inflation may remain high into late next year, but don’t expect it to match the crisis the US experienced in the 1970s after the oil shock sent prices across the economy soaring. Covid-19 has disrupted the economy, but the conditions for inflation aren’t as drastic, according to the economist. “The price of oil is one thing that was such an endemic part of how our economy operated back then,” he says. “And what we’re seeing now are very small disruptions in very particular industries.” Alexander expects to see inflation closer to the 2 percent target in the not-to-distant future, while acknowledging that dealing with Covid-19 will still have lingering effects on the economy.

“This is a squall, it’s not a hurricane,” he says. “We’re going to weather this and going to get back to our new normal at some point, whatever that is. I don’t think the new normal will be like we’re back in 2019, but these price changes occurring now are an anomaly and we’ll be back to reality soon.” The restaurant industry, for one, hopes he’s right.