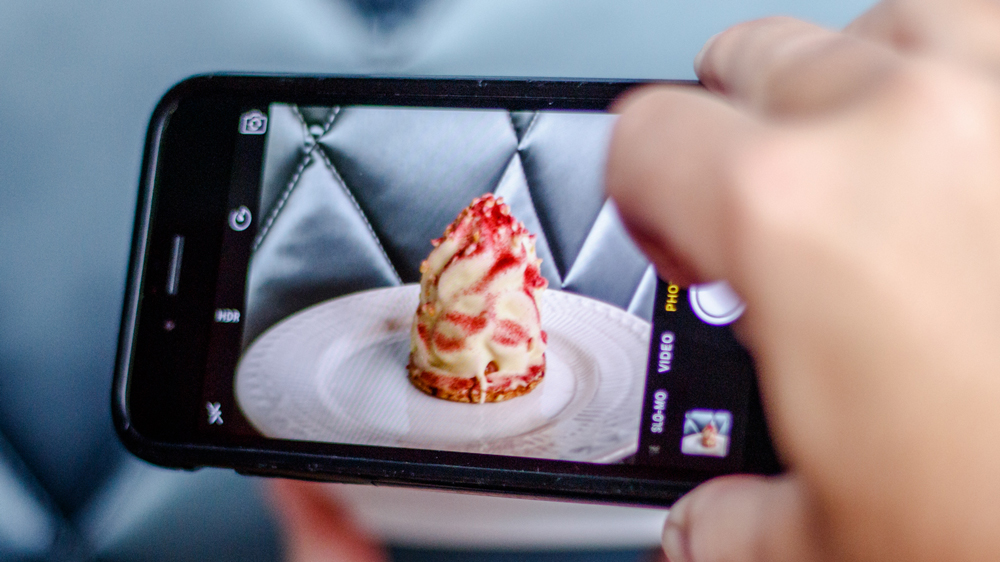 If you’re someone who post pictures of food on Instagram with abandon (hi, it’s me), whether professionally or on an amateur basis, you’ve probably noticed your engagement on those posts have plummeted this year. Where you once would get a big bushel of likes with each photo, now only a fraction of hearts are coming your way on the social platform. For most people, there’s only the psychic damage of reduced online clout. But for others, the hurt is much more material.

Reacting to the rise of TikTok, Instagram recently announced it would favor video posts—or Reels—over static images, creating a dramatic shift in visibility for photos on the platform. That has caused sales to drop for many food businesses as the reach of what had been their most effective form of advertising has taken a hit. “I completely credit them for our growth—and then the algorithm changed and our sales dropped horrifyingly,” Sana Javeri Kadri, the founder of the spice company Diaspora Company, told The New York Times.

Diaspora was founded in 2017, gathering more than 100,000 fans and thus giving the company a platform to promote its vibrant collection of spices. Other businesses shared similar tales of woe, like Trade Street Jam Co., which saw a 38 percent drop in reach on the platform. Skyler Mapes, a founder of Exau Olive Oil said traffic to the company’s profile page and subsequently to its website, have fallen this year.

The spice company Diaspora Co. has been on of the businesses hit hard by the algorithm change.  Photo: courtesy Diaspora Co.

The importance of Instagram has only increased the last few years. During the pandemic, restaurants, chefs and entrepreneurs turned to the platform for survival. They used Instagram to get the word out about their takeout offerings or food products. It allowed kitchen staff laid off because of restaurant shutdowns to promote that handmade pasta they were producing in a commissary kitchen, or get a bread bakery off the ground. In a time when people were locked down in their homes, Instagram became the new storefront for people to peruse food offerings digitally.

As fans of Slate’s economics podcast Slate Money will know, Instagram is one of the greatest ad units ever created. That little square post truly does drive people to buy. Instagram has been a really effective way to drive customer acquisition, as these entrepreneurs have learned the past few years. But now to get the same reach they had before, restaurants and companies must invest in more costly video production or pay for circulation.

But that’s where they hit another snag. Instagram has been hit by its own crushing policy change. Apple’s privacy update has allowed people to opt out from apps like Instagram tracking their data on their phone. That makes Instagram and Facebook far less effective at targeting customers. Instagram’s parent company, Meta, expects to take a $10 billion hit to its ad business this year because of Apple’s change. And the hurt is being passed onto prospective advertisers, with it costing up to 10 times more to acquire a new customer through paid ads on Instagram, according to The Wall Street Journal. That means companies like Diaspora Co. can’t really just turn on some ad spending to try to counteract the negative effects of the algorithm change. It may just be that Instagram can’t be as important to these companies’ business models anymore.

What’s clear is that from artisanal spice importers getting squeezed by Instagram to Meta getting crunched by Apple, we’re all subject to the whims of big tech companies’ policy and algorithm changes.