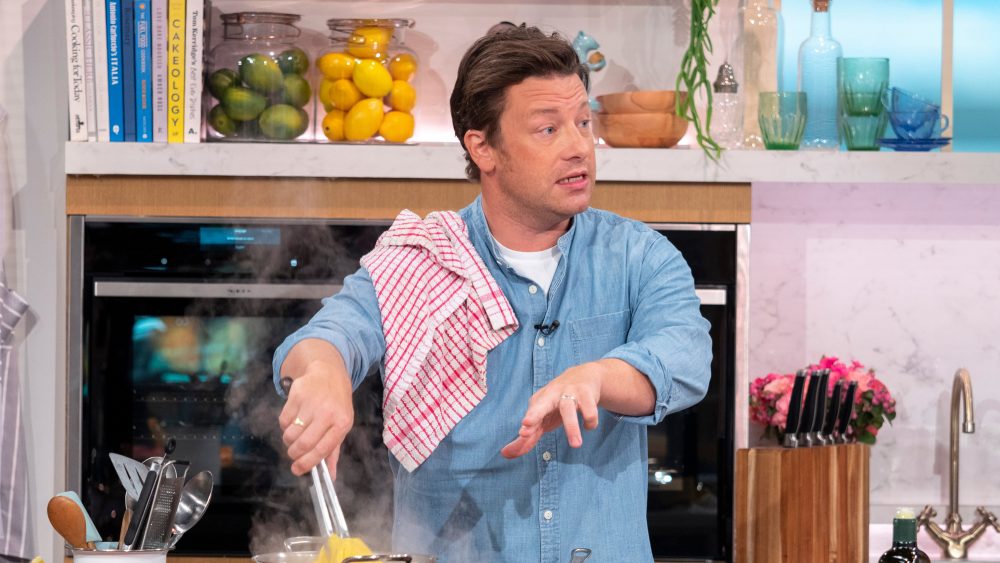 The Naked Chef is even more bare this week. Jamie Oliver, one of the world’s most famous chefs, has had his UK restaurant empire crumble after being forced into bankruptcy (or administration, as it’s referred to in England). Discussions with private equity groups failed to save the company in the waning hours before declaring bankruptcy and now 22 of the 25 establishments the Jamie Oliver Restaurant Group operated have closed and more than 1,000 jobs have been lost.

Oliver’s meteoric rise began back when he was cooking at the now legendary River Café in London. A documentary film crew from the BBC visited the restaurant in 1997 to show a day in the life of the restaurant that popularized seasonal Italian fare in London and spotted Oliver. In 1999, his own show, the Naked Chef premiered in the UK, catapulting him to stardom. He championed stripped-down, “naked” fare like the rustic Italian he made at the River Café.

From there he wrote cookbooks, hosted more shows, founded a restaurant empire of his own and became a fixture on food television on both sides of the Pond. He created a mix of restaurants from high-to-low, including opening a Barbecoa with acclaimed American barbecue pitmaster Adam Perry Lang.

The last few years haven’t been as rosy. The UK is facing a tough market for restaurants and his businesses have not been immune. After the number of restaurants grew by 15 percent in the UK from 2013 to 2018, the last year has seen a 2.8 percent dip, with Britain losing a net 15 restaurants per week, according to the Independent.

A combination of post-Brexit uncertainty, rising labor costs, escalating rents, uninspired food, his waning celebrity and Britons relying on delivery services more instead of going out, conspired to crumble his empire. In 2017, the first major fissures appeared, when he closed six restaurants and revealed a loss of $38 million (£30 million). He invested $16.5 million (£13 million) of his own cash but problems in persisted. In 2018 the subsidiary that owned Barbecoa went into bankruptcy and only one remained open. Soon after, Oliver closed 12 more of his Jamie’s Italian restaurants across the country.

Oliver didn’t give up hope of saving his company. In February, he invested a further $5.1 million (£4 million) earlier this year in to the group with the hopes of stabilizing it in time to find another investor, but a suitable buyer never stepped up. The Times newspaper in London reports that a German company that specializes in turning around distressed businesses, Aurelius Group, was negotiating to buy Oliver’s restaurant group up until the day before bankruptcy was declared. And the private equity firm the Carlyle Group was also in talks to purchase the company.

So across Britain, all of Oliver’s restaurants that weren’t located in Gatwick airport closed, but his international franchises will remain operating as usual for now. Oliver hasn’t offered much of a statement beyond what he recently posted on Twitter.

I’m devastated that our much-loved UK restaurants have gone into administration. I am deeply saddened by this outcome and would like to thank all of the people who have put their hearts and souls into this business over the years. Jamie Oliver