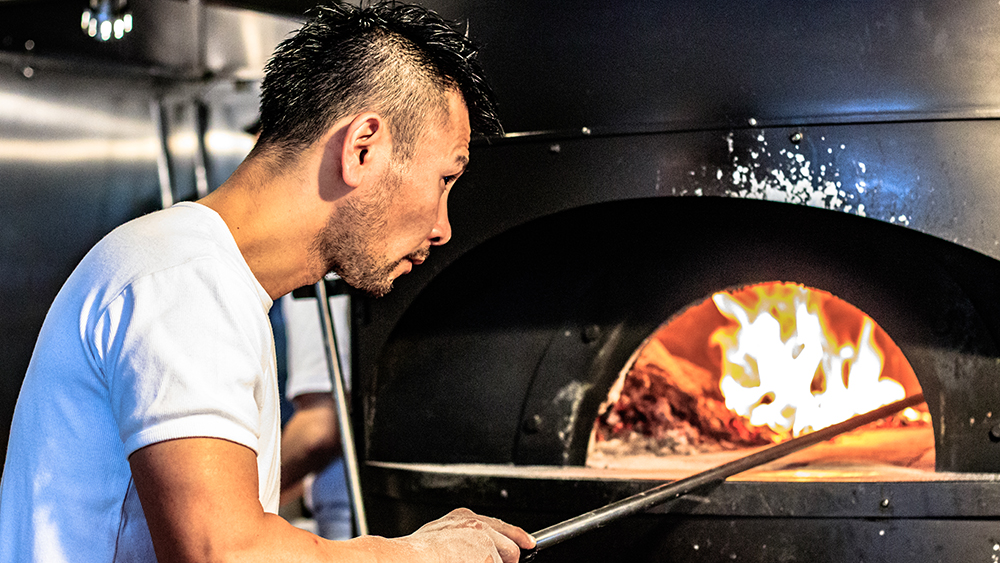 The world’s best pizza isn’t in Italy—it’s in Japan. The mere printing of such heresy is likely making Neapolitan nonnas faint and proud pizzaiolos gesticulate in anger (even more so than usual). But it might actually be true, thanks to a dedicated core of Tokyo chefs who are devoted to perfecting the wood-fired Naples pie.

Their single-minded commitment to the humble pizza has made them shokunin, a Japanese term that means “master craftsmen” and involves a total immersion into the daily, repetitive tasks of making. The Tokyo pizzaiolos hew closely to Neapolitan tradition, but in their deep, deep study of pizza’s intricacies, they’ve introduced tiny changes, such as using a “salt punch”— throwing salt right into the oven so it will bake into the crust—or moving the pizza closer to the fire to promote a more charred crust and a smokier Japanese-wood flavor. To experience Neapolitan-style pizza at its highest level, get thee to Japan immediately—and arrive hungry at these three joints.

Susumu Kakinuma is the godfather of Japan’s Neapolitan pizza movement. More than two decades ago, he arrived in Naples to learn the region’s careful art of dough, sauce and cheese—but no one would give him a job. So, he spent a year eating and watching. When he returned home, he taught himself and opened the original Savoy in 1995. He built the business but eventually left in 2007 to open Seirinkan, and though it’s crammed with Beatles memorabilia and steampunk ironwork, it’s as Neapolitan as you can get, with only two pizzas on the menu: the Margherita (mozzarella di bufala, tomato, basil and olive oil) and the marinara (tomato, garlic, olive oil and oregano). Kakinuma replaced Italian olive oil with a Japanese variety, and he also invented the Japanese “salt punch.” But his greatest gift to Tokyo is his dogged pursuit of perfection, which has become the template for other aspiring pizzaiolos around town.

It would be easy to wander right past Savoy. Located near the Roppongi Hills luxury development, the restaurant, with its rickety steps and faded awning, makes for an unimpressive sight among the gleaming boutiques. The DIY motif continues inside as diners belly up to a bar that curves around a pizzaiolo who has just enough space to navigate the hulking black pizza oven behind him. As at Seirinkan, your options are limited to the classics, but once the pizza arrives you won’t mind a bit: The bright saltiness of the pie, the fruity olive oil, the slight acidity of the tomatoes and the perfect char on the crust make this one of the best pizzas you’ll ever bite into.

Though Tsubasa Tamaki trained for years under Kakinuma and the purists at Savoy, his own joint has garnered a loyal following for signature pies that take the old-school wood-fired Neapolitan beyond the basics. There’s a smoked mozzarella, pecorino Romano and basil variety, and a Diavola with sausage and olive. Patrons can even—gasp!—choose their own toppings. Tamaki’s methods add extra flavor, too: In addition to throwing salt punches, he brings extra smokiness to his crust by adding Japanese maple-wood chips to his fire. You might never grow tired of the classics, but if you’re ready to take your pizza pilgrimage further, this is the place to be.