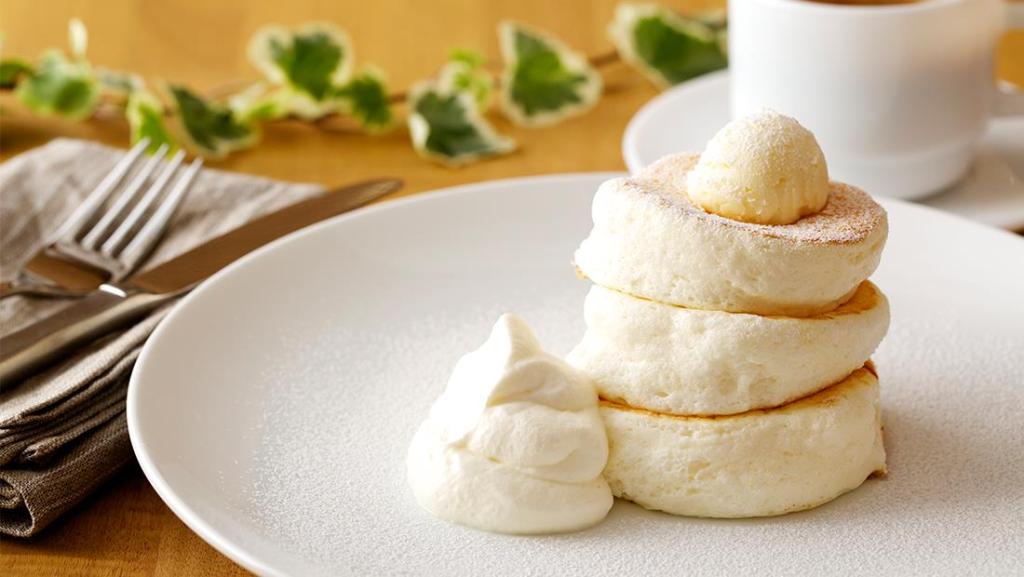 In the Instagram era, there always seems to be that one food causing people to lose their minds enough to line up for hours to not only eat it, but make sure they get the photo that will maximize. There have been cronuts, rainbow bagels, wagyu sandwiches, milkshakes with a whole dessert buffet sticking out of them, and more. Well, there’s a new ‘Grammable dish du jour taking over your social media feed, and you’re only going to see more of it starting today.

In San Francisco, the restaurant that helped make “fluffy Japanese soufflé pancakes” a social media sensation has just opened its first American location. Said restaurant is even—no joke—called the Gram Cafe (full name: Gram Cafe and Pancakes. Either way, there will be ‘Gram.)

These photogenic flapjacks—listed on the menu as “Premium Pancakes”—get their magic by separating out the egg whites and whipping air into them before reincorporating the whites back into the batter. They’re then griddled in molds to create their trademark height. Is it dessert? Is it breakfast? Up to you.

Now, it’s not the first time these pancakes have washed up on our shores. There’s Taiyaki in New York and Soufflés in Los Angeles, Eater writes. And you’ll also find them at New York’s Smorgasburg starting this Saturday, according to Gothamist. Fluffy’s NYC will be serving such variants as Blueberry Cheesecake, Creme Brulée and Rainbow Unicorn, because, Brooklyn.

But Gram’s cakes have a global reach. The Japanese restaurant already has more than 60 locations, mostly in its own backyard, but also in Hong Kong and Thailand. The new San Francisco spot is in the Stonestown Galleria, and reports Eater SF’s Ellen Fort, it won’t be the last one in the Bay Area, let alone America. It’s a franchise, locally owned by former pastry chef Dorothy Wong, according to the SF Chronicle. The parent company sent their executive chef, Teruyuki Yasumura, over from Japan to train the staff.

The soufflé pancakes are typically limited to 60 orders a day, spread out over three windows, but for the US appetite, that number will jump to 90, with serving times of 11 am, 3 pm, and 6 pm. Be one of the first 30 people in line when the time comes and you’ll be given a ticket, which you then hand over when it’s time to place your order. Like a soufflé, fluffy pancakes will lose their lift in no time, which means they’re best eaten fast and fresh. So don’t linger too long taking the perfect photo before digging in.

SOUFFLÉ PANCAKES! 😊 @gramsanfrancisco has landed in the US! 🙌🏾 —————————————— I’ve been wanting to try Japanese pancakes 🥞 for YEARS. Gram only makes 90 servings of their premium pancakes a day…so exclusive! SO fluffy & delicious like a cloud ☁️— congrats on the Friday 📆 opening, Dorothy! 💕