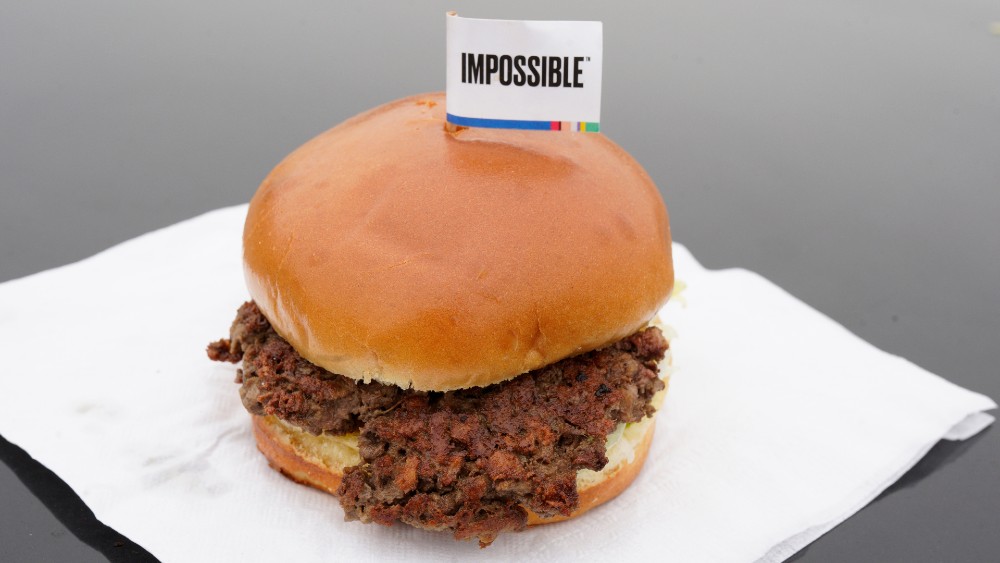 The Silicon Valley-based startup, meatless food’s current It company, is valued at a jaw-dropping $2 billion after its latest round of funding raised $300 million in capital, according to Reuters. The funding means the company has now raised a $750 million across five rounds since its founding in 2011.

Impossible’s plant-based foods—led by its popular Impossible Burger, which is available at over 7,000 restaurants worldwide—have resonated with investors and celebrities alike. The venture is backed by institutional power players like Khosla Ventures, Google Ventures, and Microsoft Corp co-founder Bill Gates.  Meanwhile, headline-grabbing names like Jay-Z, Serena Williams, and Katy Perry are all listed as individual investors by the company. Perry even referenced the company with her vegan burger outfit at last week’s Met Gala.

The news would seem to suggest that the public’s interest in plant-based food is growing, a good sign for the startup with a potential initial public offering looming. But as good as things may look right now, the company’s chief financial officer David Lee told Reuters the company IPO is still a ways off.

“We believe in self-reliance. Being ready to go public is a priority for the company because we need to be operating at the highest level of rigor,” Lee said. “But we are not in a rush, nor are we announcing an IPO filing.”

Lee also said that the incredible success of competitor Beyond Meat’s IPO hadn’t hastened the company’s plans but was instead viewed as “validation” of meatless food’s viability. The maker of the Beyond Burger went public last week at a market capitalization of $1.5 billion, but is now valued at over $4 billion. After its first day on the market, MarketWatch reported that it was the best performing first-day IPO in almost 20 years.

The industry is clearly having a moment. Last month, Impossible Foods’ partnered with Burger King to introduce the Impossible Whopper in select markets and now the chain intends to offer the burger in all 7,200 of the fast food chain’s locations by the end of the year. The company will also start selling its products in retail outlets, including the “top grocery chains in the nation,” in the second half of 2019.