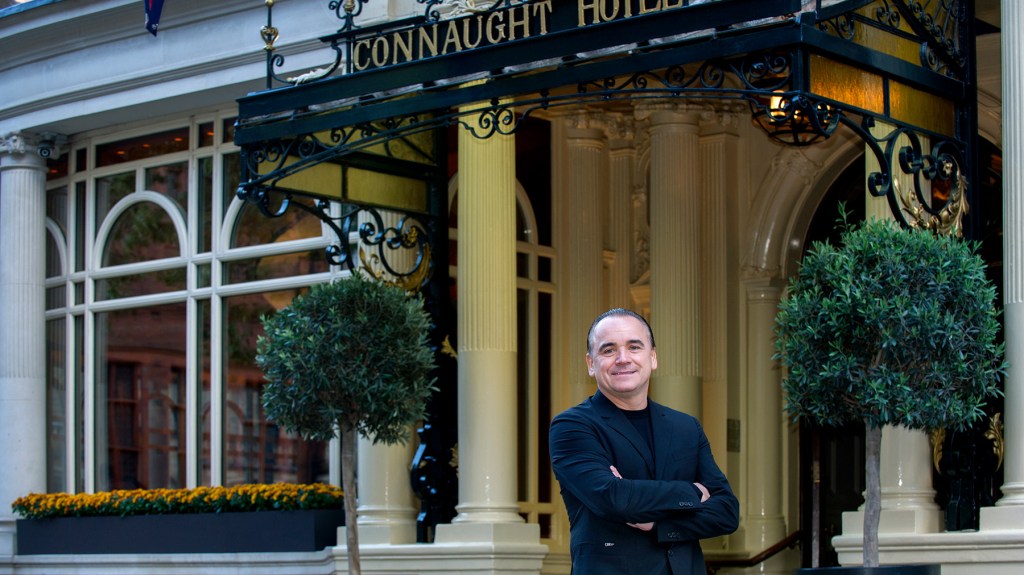 The Alsace, France-born Vongerichten has spent a career merging his disparate culinary influences, and his opening menu will reflect his globetrotting cooking experience. Vongerichten leans on French technique, but his palate was altered by spending five years cooking Bangkok, Singapore, Hong Kong, and Japan. Consequently, there will be dishes like crispy salmon sushi with a chipotle emulsion and soy glaze, and lobster with sweet garlic, lemon broth, and summer squash.

Vongerichten’s menu will also ingratiate himself to locals, adding touches of English cuisine to the menu by serving fish and chips and as well as afternoon tea with champagne and finger sandwiches.

One of the signature menu items will be Vongerichten’s truffle pizza. He starts with a sourdough crust that he’s fermented for two days, then tops it with a truffle puree and fontina cheese. After it’s pulled from the brick oven, it’s topped with a salad of frisée and chives and then a generous shaving of black truffles. For those who can’t make it to London to try the pizza, have no fear: Luckily, you’ll be able to eat it at his New York restaurant The Mark or at his new spot in Beverly Hills.