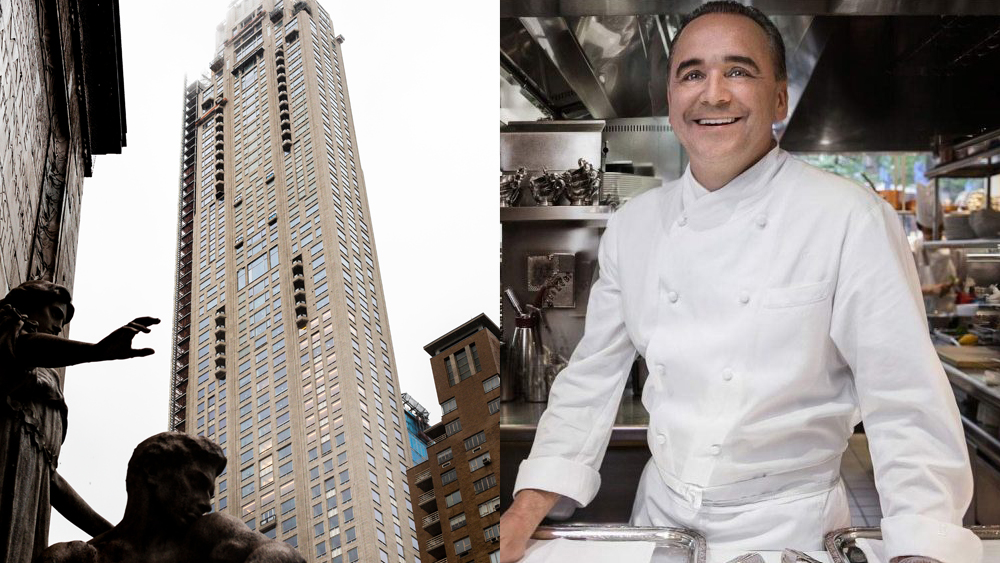 It’s hard to imagine life could get any better for the high rollers living in the country’s priciest skyscraper on NYC’s Billionaire’s Row—but it most definitely will: This September, they’ll score an appetizing new neighbor who will bring Michelin-starred cuisine with him.

Chef Jean-Georges Vongerichten will reportedly open a 54-seat, residents-only restaurant on the second floor of 220 Central Park, according to the New York Post. The information comes after a tipster, who asked to be identified as Upper West Sider, spotted Department of Health inspection records for the complex with a phone number linked to Vongerichten.

The ritzy apartment complex, designed by famed architect Robert A.M. Stern, made headlines earlier this year when Ken Griffin purchased the penthouse for a monstrous $238 million—making it the most expensive home ever sold in the United States. The sale eclipsed the previous record by more than double, solidifying the area’s reputation as one of the nation’s wealthiest—and making it well worthy of exclusive haute cuisine.

The towering chef currently helms 36 restaurants across the US and far-reaching destinations—including Paris, Tokyo and London—but is most famously known for his eponymous eatery on Columbus Circle, which is a mere five-minute walk from the new site.

Vongerichten has taken a few bites of the Big Apple of late, opening a new seafood restaurant Fulton in Lower Manhattan as well as The Paris Cafe in JFK’s former TWA terminal—now the brand new Hotel TWA. And while details on this latest culinary endeavor are scarce, we imagine he’ll cook up something spectacular for his exclusive clientele—which also includes legendary rocker Sting who splashed out on a $65.7 million apartment in the building.

The 220 Central Park South team and Jean-Georges Restaurants did not immediately return requests for comment, but if you’re keen for a taste test, we suggest sidling up to a resident to score an invite to opening night.