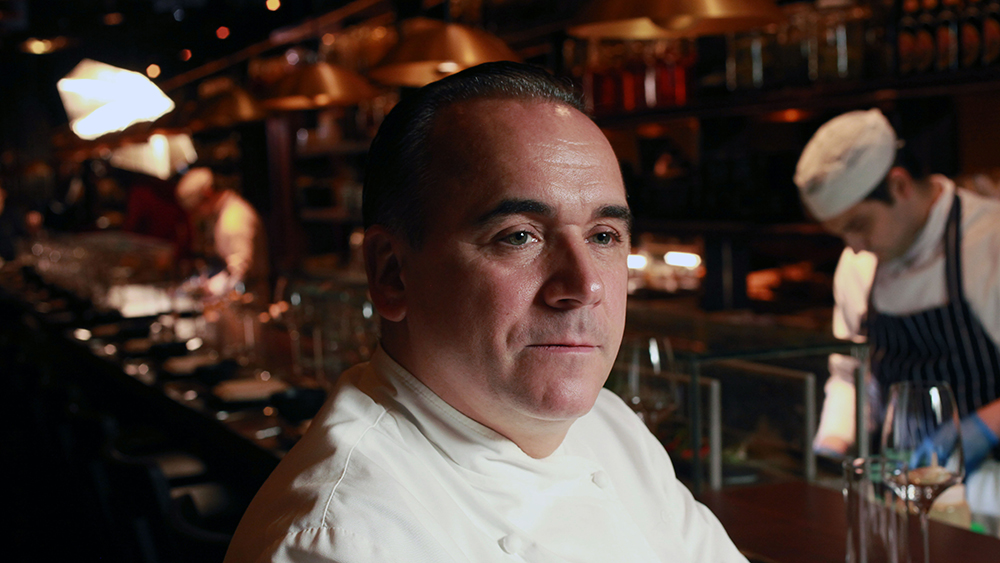 Jean-Georges Vongerichten has walked back and apologized for comments he made about physically assaulting a dishwasher he once worked with after initially claiming to be proud about the incident.

On Sunday, during the seventh-annual Philly Chefs Conference, Vongerichten joined a panel about food memoirs led by Esquire editor Jeff Gordinier. Vongerichten and two other chef-authors—Kwame Onwuachi and Phyllis Grant—were asked to speak to physical abuse in the industry since they had all addressed the pervasive issue within their respective books, though Onwuachi and Grant were victims, not perpetrators.

Vongerichten offered a less-violent account of a 1986 incident than the one which appeared in his memoir JGV: A Life in 12 Recipes. In the book, Vongerichten writes that he “beat the shit” out of the dishwasher in Restaurant Lafayette’s walk-in refrigerator while a sous chef guarded the door. On Sunday, Vongerichten, laughing, admitted to a “little bit of physical abuse” saying that he had to shake the dishwasher up a little.

“It was as if a blast of ice went through the room—seriously, it was like the temperature of the room dropped,” Gordinier told The Washington Post.

Gordinier gave the chef space to express remorse, but he didn’t publicly apologize at the time. “I feel pretty good about it,” Vongerichten said. “He was the abusive one who pushed the cooks for me to act this way.”

Robb Report reached out to Vongerichten and he issued the following statement apologizing for his remarks.

“I’m sorry for my irresponsible and ignorant comments last week. They don’t reflect my views. Treating co-workers respectfully is a core value in all of my restaurants, I don’t tolerate abuse of any kind, and if anyone physically threatened or assaulted a co-worker, I would fire that person immediately. Everyone in my restaurant knows this.

In my book, I was honest about bad choices I made in my youth and early career, and one of them involved a physical altercation in the 1980s with a co-worker when I was in my 20s. I wrongly made light of this incident on the panel—it does not reflect who I am today. In fact, I do regret that incident and am not proud of it. I have worked hard to run restaurants where employees feel respected, well-treated, and safe, and I should have made this clear when given the chance. Let me also note: that was the first and only such incident.”