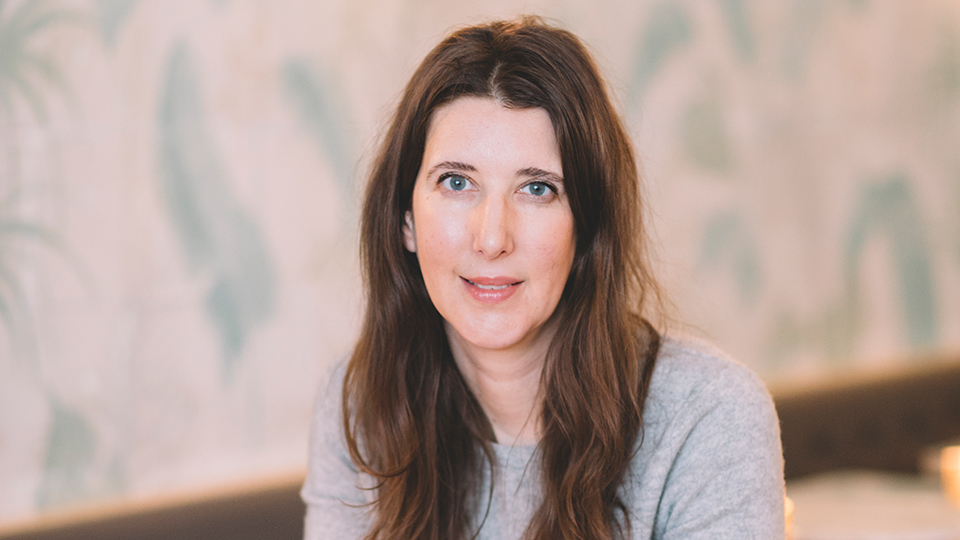 Jen Agg is the most influential restaurateur in Toronto. If you doubt it, look around—the evidence is everywhere. Mint green and gold are “in” now because of Jen Agg. So are orange wines, raviolis, and restrooms with extravagant designs. Charcuterie has been ubiquitous in the city since she opened the Black Hoof a decade ago. Plus, a kind of lustrous LA aesthetic—all pastel fixtures and bright hues—has emerged as the defining look of local dining rooms since the launch the winter before last of Grey Gardens, which invented it. Agg designs her own places and orchestrates everything from the cocktail program to the nightly playlists, even corresponding the dimming of the lights with the precise point in the arc of the setting sun. When she opens a new restaurant, it’s as if she really opens 10—hers and nine imitations. “That stuff can be really hard,” Agg says.

We are cruising along Dundas West, leaving Grey Gardens in Kensington Market, toward what she refers to as Hoofland—the tight cluster of establishments she runs in Little Portugal comprising Cocktail Bar, Rhum Corner, and the Black Hoof. We’ve just passed a fashionable upstart restaurant bearing many conspicuous Aggian hallmarks. She’s noticed. “On the one hand it’s wonderful—you’re popular, and people want to pay homage,” she says. “But on the other hand, people don’t want to give credit for taking other people’s ideas.” She suggests, generously, that some of the similarities may be merely coincidental. And anyway, it hardly matters; she can always start another trend. “At a certain point it’s like, who cares? I’m never going to run out of ideas.”

Yes, when you talk to Jen Agg, you think not only is she never going to run out of ideas, but she’s also never going to run out of things to say. She has the restless energy of the never-idle—the insatiable ambition and bustling zeal of a woman always onto the next thing, and the next thing after that. When I find her, on a balmy Friday afternoon at three, she’s tucked into a four-top in the Grey Gardens dining room, clattering her diligent way through an article she’s been commissioned to write for the New Yorker. She’s had a more successful career as a journalist than virtually anyone in Toronto—and for her, writing is merely a hobby. “If people introduce me as a restaurateur now, I’m like no-no-no, restaurateur and writer. I don’t make my living as a writer, and I don’t really exist in that world. But come on, I wrote a book!”

Indeed, she did. I Hear She’s a Real Bitch, published by Penguin Random House in the fall of 2017, is a memoir, an insider’s account of the restaurant industry, a critique of its sexism, a snapshot of the contemporary culinary landscape, and an expert paean to all things food—a book in the tradition of Kitchen Confidential with rather more feminist leanings. Fittingly, the late Anthony Bourdain was its most prominent champion and furnished the book with its poignant front-matter blurb: “I Hear She’s a Real Bitch is the book a lot of us have been waiting for . . .  terrific, beautifully written, frank, and funny.” The local press in Canada lavished Bitch with praise and the usual local-makes-good enthusiasm. The New York Times lambasted it, ludicrously—a testament to Agg’s provocative stardom, if anything, that they believed she was worth taking down. “Agg is cocky, profane, pro-conflict,” Tamar Adler wrote. “The book is sometimes unbearable.”

Agg insists she didn’t read the Times review—but not because she’s above the narcissistic impulse to scrutinize what others are saying about her. She is, in her own words, “a little vain.” She checks Goodreads (about her book) and Yelp (about her restaurants) compulsively. “Oh my god,” she laughs when I ask about them. “I’m so addicted to that [expletive]! It’s hard not to look.” At this point, naturally, she has endured criticism on every front and has developed “a pretty thick skin” as a consequence of her helpless curiosity. “There are some pretty horrible reviews. But it washes over me now. I might not agree, but if it’s not a vicious attack, what does the average person have to lie about?” She compares hearing the complaints of detractors to watching Fox News: “You have to know what the enemy is thinking.” Professional reviews, meanwhile, don’t make her reconsider much about her restaurants. “The only thing they make me consider is who is running the editorial department at these newspapers.”

Of course, Agg’s restaurants tend to be effusively praised—mainstays of Best of Toronto lists, hailed as revelatory in local alt-weeklies and magazines, graced every night by anyone who’s anyone and by whatever luminaries happen to be in town. When she announced last month that the Hoof would be closing at the end of summer, it was swiftly lamented as the end of an era. (And, as if to capitalize on the commotion thus aroused, she announced a new venture on Queen West due early next year.) But there have been exceptions to this air of jubilation and support. The Globe and Mail’s erstwhile chief restaurant critic, Chris Nuttall-Smith, once savaged Agg’s ambitious seafood joint Hoof Raw Bar: “A lot of the food is awful,” he wrote in a one-star pan, concluding that Agg “still has some curating to do.” Agg dedicates an entire chapter of her book to the experience of receiving these criticisms, which she blames for dooming Raw Bar to failure. “Raw Bar,” she writes, “didn’t survive that nasty review.”

Agg seems honestly at ease with Raw Bar’s closure and with the effects of Chris’s review. Although she wishes it “ended differently,” she points out the accomplishments that wouldn’t have been possible without moving on: the success of Haitian bar Rhum Corner in the same location and the opening of Agrikol with Arcade Fire’s Win Butler and Régine  Chassagne in Montreal. “It had a happy ending,” she says. And, of course, the typical Agg irony is that Raw Bar, despite its fate, went on to prove no less influential than any other restaurant she’s before or since devised—it simply appeared on the scene ahead of its time. “People were hoping I would fail. But it was a perfect little place. And look at how many restaurants here are exactly like that now!” It seems she can’t help but inspire the trends of the city. It’s the clinching proof of Agg’s guiding vision: Even her failures are monumental. The influence is endless.