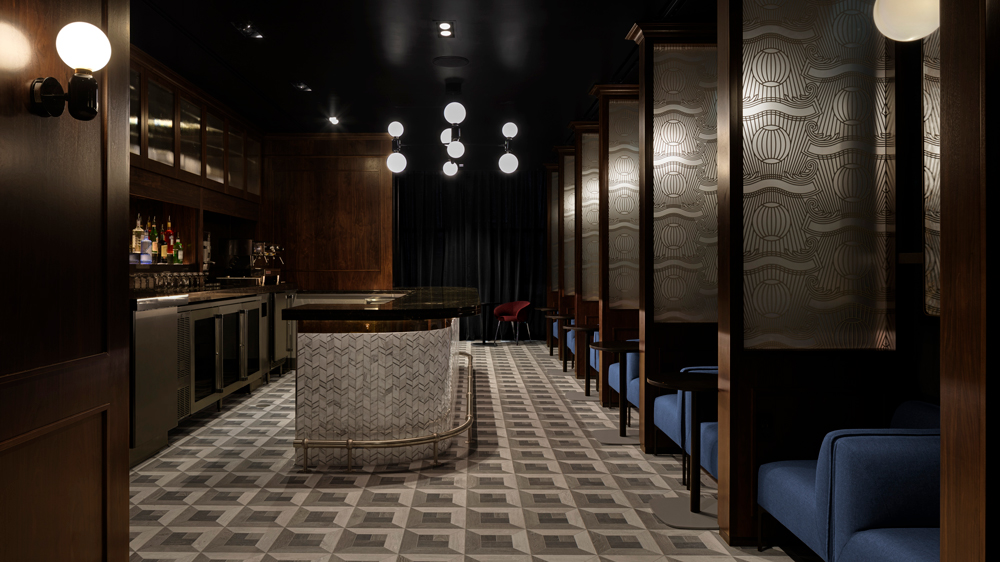 In the East Village, right where St. Mark’s Pl. is about to meander into Tompkins Square Park, there’s a little subterranean hot dog spot, Crif Dogs, open to all wee hours of the night. Inside that little meatery, there’s a phone booth with a red phone. Dial 1 and you may be let into PDT (Please Don’t Tell), a bar founded by Jim Meehan. This clandestine craft cocktail spot that that helped spur America’s mixed drink revival of the early 21st century and the speakeasy trend that would eventually spread to cities around the country and even the world (after all, the outstanding Parisian cocktail den Candelaria is accessible through an unmarked door in a tiny taco spot).

Meehan has since left PDT, but he hasn’t abandoned speakeasies entirely. In fact, he’s opening one soon inside JFK Airport’s Terminal 4, as part of American Express’s new two-story flagship Centurion Lounge. The 1850 bar—named after the year the company was founded—won’t be tucked into a hot dog spot but concealed by a copper-paneled wall. And the design will feature Prohibition-era touches that harken back speakeasies’ biggest heyday.

Inside 1850, Meehan created a menu with classics like the Boulevardier and Espresso Martini, along with a rotating menu of custom creations like a riff on a Manhattan that features Noval Black Port. There’s also a gin sour with raspberry preserves that, in a nod to cocktail pioneer Sasha Petraske, offers a refreshing alternative to the Cosmo.

Meehan’s creations at 1850 will be joined at the lounge by beloved chef Ignacio Mattos, whose restaurant Estela boasts a Michelin star. “For the JFK Centurion Lounge menu, I focused on adapting my restaurant cuisine in a way that makes sense for the lounge space and guests’ preferences,” Mattos said. That means signature dishes like his caciocavallo and egg sandwich with tomato marmalade, fennel salad with castelvetrano olives, and provolone and steak with romesco and taleggio sauce, will make their way from Manhattan to Queens.

Of course, the number of people actually visiting this new lounge will be limited with the sharp drop in air travel during the pandemic. While American Express claims, according to a study it conducted, that 58 percent consumers would be comfortable taking a flight in the next half year. While it’s true that air travel has increased from springtime lows, in the month of September the Transportation Security Administration reports that 68 percent fewer people went through TSA checkpoints compared to the previous year.