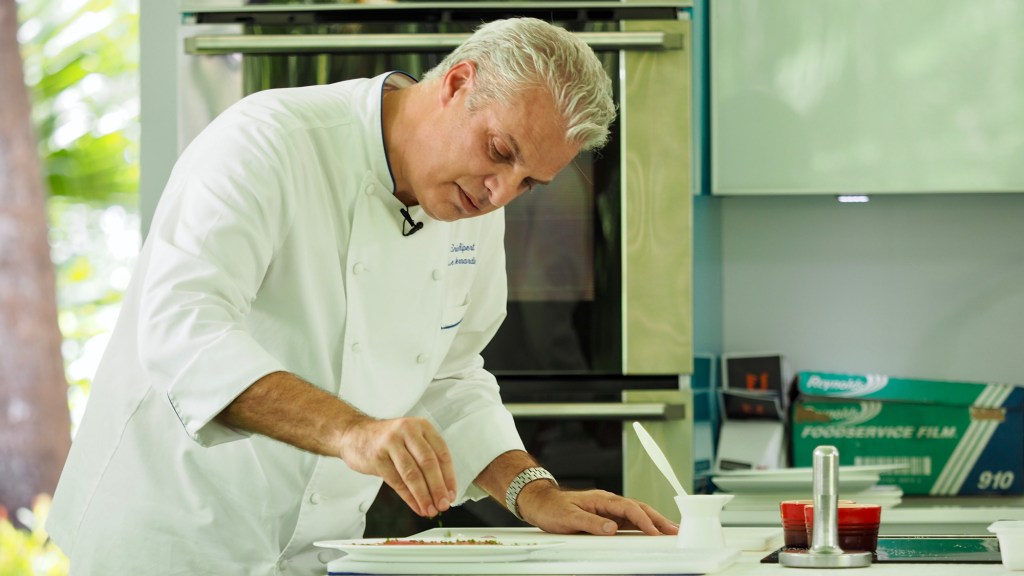 As the weather starts to turn and the cold begins to descend on the northern reaches of the States, the pull of heading south to somewhere a little bit warmer begins. World-class chef José Andrés has just the solution: He and an all-star cast of friends will host a Dorado Beach Culinary Getaway from November 9 to 12 at the Ritz-Carlton Reserve on Puerto Rico’s Caribbean coast.

Guests will get the chance to mingle with some of the world’s great culinary minds, enjoy a beachside barbecue, attend wine and rum tastings, eat a paella lunch, and watch cooking demonstrations by the featured chefs. And if you need a brief respite from eating and drinking, you can retire to the Spa Botánico, a five-acre spa sanctuary built in a pineapple field that draws on local flora to create healing treatments.

Reservations for the Dorado Beach weekend can be made online. Packages for two start at $2,045 per night for a 3-night stay. For that, you’ll get overnight accommodations, daily continental breakfast for two at Mi Casa by José Andrés, and participation in all the culinary events throughout the weekend.