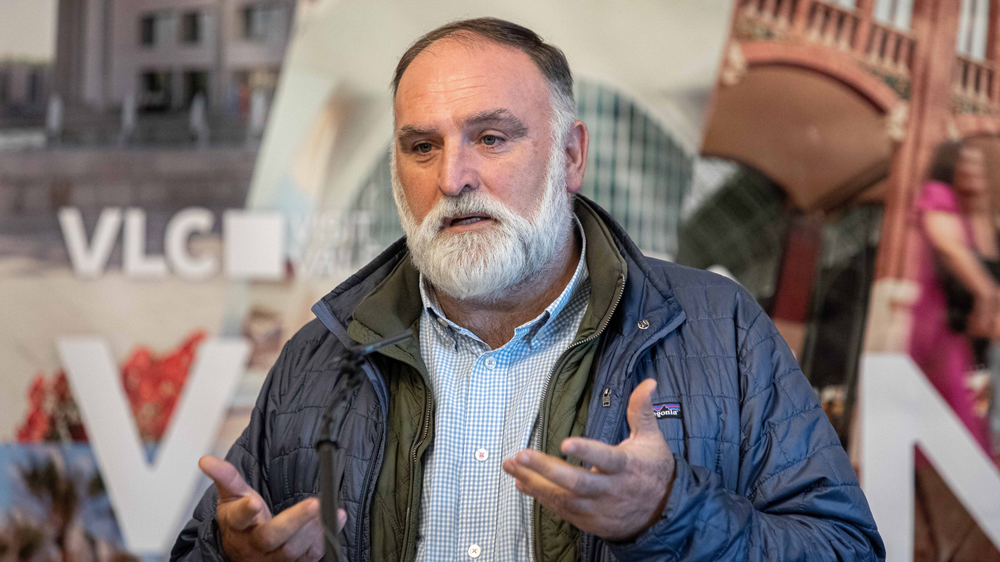 In the last decade, the Windy City’s riverfront has dramatically transformed. Along the Chicago River’s banks there are now verdant parks and pathways with breezy cafes and wine gardens spilling out onto them. So unlike buildings erected in previous decades, developers are now thinking about how their projects alongside the water will integrate with the Riverwalk. For the soon-to-open Bank of America Tower on Wacker Drive, developers are relying on a series of restaurants to help bring their part of the block to life.

To create those restaurants, chef and humanitarian José Andrés will join forces with Gibsons Restaurant Group to fill three floors worth of eateries. It won’t all be one restaurant and the duo didn’t reveal the names or cuisines of the eateries they’d create, but Andrés’ ThinkFoodGroup and Gibsons announced there would be a fine dining destination, cocktail bar, a café with coffee and a private events space with catering by the combined forces.

A rendering of the building along the Chicago River.  Rendering: courtesy Goettsch Partners

It won’t be Gibsons first foray along the Chicago River. On its west bank, the company opened Gibsons Italia in 2017, featuring three stories of bars and restaurants, including its take on the modern steakhouse on the second floor. And this will be Andrés’ third venture in Chicago after he made his Windy City debut last fall with his fast casual chain beefsteak and is expected to open another outpost of his tapas restaurant Jaleo in 2020.

“The Chicago food scene is one of the best in the world, and we are excited to partner with the Lombardo family and Gibsons group, especially in this great new destination in the heart of the city,” Andrés said in a statement.

The $798 million building—the tallest new skyscraper in the city since Two Prudential Plaza was finished in 1990—is scheduled to open in October with the restaurants arriving in 2021.