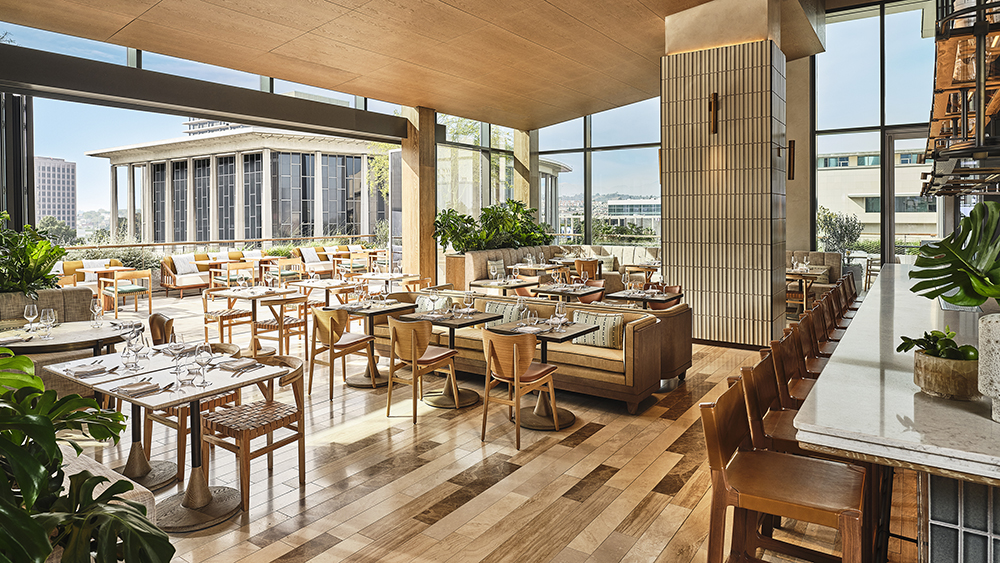 José Andrés is one of the most prolific chefs working today. On top of his philanthropic ventures, he’s got a new restaurant on the way in DC—where he’s already ubiquitous—and he’s made a big expansion into Chicago. Now, he’s getting ready to give Los Angeles another go.

The chef is opening not one, not two, but five new spots at the soon-to-open Conrad Los Angeles hotel. That includes two restaurants, two bars and a pool deck, where you’ll be able to really take advantage of the city’s spectacular views and weather.

“I am so excited to return to Los Angeles, a city that I absolutely love,” Andrés said in a statement. “These brand-new restaurants and bars are our way of celebrating all the beautiful bounty that California has to offer.”

When Andrés first arrived in LA in 2008, his opening of Bazaar at the SLS Hotel was the jolt of creativity the city’s dining scene needed. He brought his el Bulli-influenced cooking to town at a time when many in the country didn’t look to LA as a great food city, but he—along with a lot of other talented chefs—helped change that perception. Eventually Andrés opened a restaurant nestled inside the Bazaar, with the Aitor Zabala-led Somni, which earned two Michelin stars for its inventive and whimsical tasting menus. However, during the pandemic, a contract dispute with the SLS causes both Bazaar and Somni to close. Bazaars have opened elsewhere around the country and Zabala is currently working on reviving Somni in LA.

For Andrés’s return to LA he’s going the hotel route again. Designed by Frank Gehry and situated at the Grand LA complex, the Conrad is a 305-room luxury hotel right in the heart of Los Angeles. Guests and locals alike will have several options for enjoying Andrés’s Spanish-fusion cuisine: San Laurel will be the capstone dining experience, with Spanish flavors evoked through the use of quintessential California ingredients. Open for breakfast and dinner, the restaurant is featuring dishes such as a bone-in wagyu ribeye and roasted celeriac carpaccio. At the rooftop Agua Viva, beach-club vibes abound in both the décor and the food, with young coconut ceviche and DIY hand rolls serving as highlights.

If you’re showing up at the Conrad mainly to imbibe and have a couple of light bites, you’ve got a few spots for doing that as well. The poolside Airlight whips up grilled skewers as an accompaniment to tiki punch bowls and house-made push pops. The bartenders at Sed, which means “thirsty” in Spanish, will be slinging craft cocktails like Japanese whiskey milk punch, while over at the Beaudry Room you’ll find more classic offerings.

Click here to see all the photos of José Andrés at the Conrad Los Angeles.