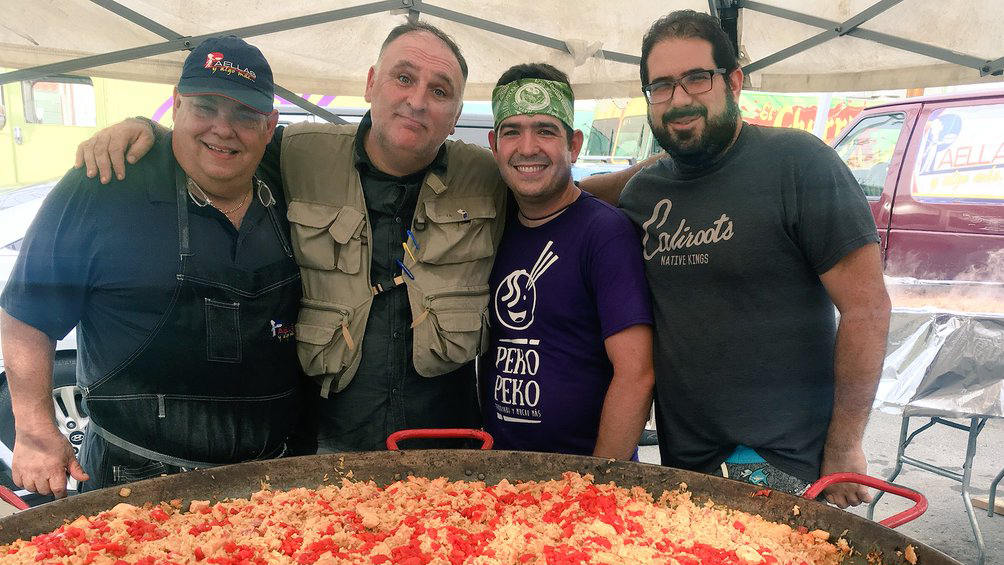 Chef Jose Andres wasted little time in getting to Houston when historic flooding struck in August, crippling the city. He was on the ground, organizing efforts to feed as many people as possible. Now, as Puerto Rico struggles to recover in the aftermath of Hurricane Maria, he’s once again relocated to a disaster area to help feed those displaced by the storm.

Through his charity World Central Kitchen—which he created after the 2010 Haitian earthquake—Andrés has developed valuable experience in coordinating on-the-ground aid. He’s put that to good use across Puerto Rico as he’s setting up temporary kitchens to cook and serve food. In a recent update on Twitter, he said that his group has served almost 50,000 meals so far and hopes to serve 100,000 by the end of the week.

In a Twitter video earlier today he laid out how he’s planning to help feed the island over the next 21 days through a series of eight kitchens across Puerto Rico.

Andrés has been frequently updating his Twitter followers on relief efforts and shining a light on the volunteers helping make a difference for the people in need. To help Andrés and his team at World Central Kitchen feed more people throughout Puerto Rico as they work to provide food, fuel, and logistics, you can donate here.