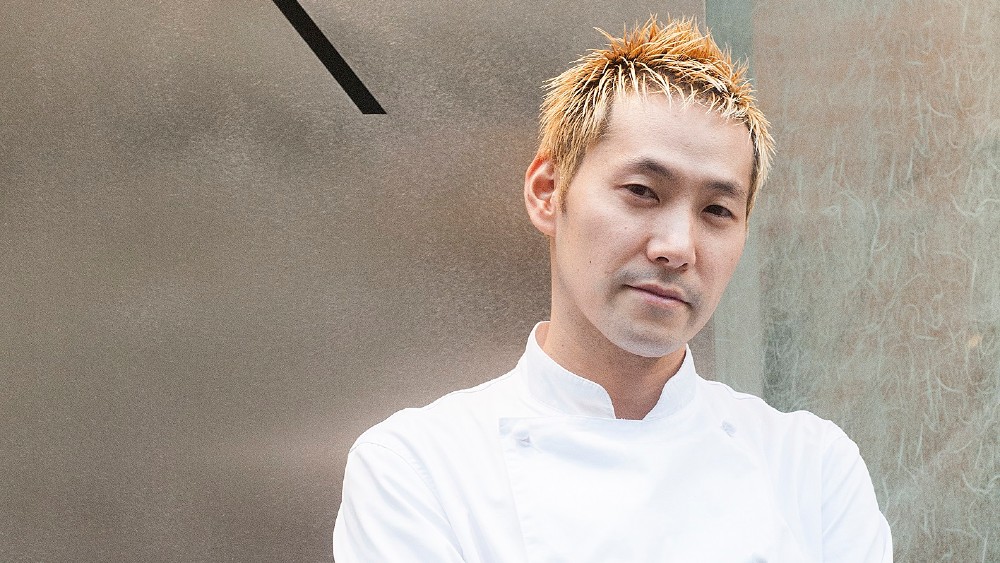 There is something rather remarkable and admirable in chef Kei Kobayashi’s quiet self-assurance.

In a conversation with the recently minted Michelin three-starred chef—the first Japanese chef in France to be admitted into the exclusive three-starred club—Kobayashi makes it clear that from day one of moving to France 20 years ago, he had one goal in mind.

Today, that kind of ambition is more or less conceivable. During the last decade, Paris’s fine-dining landscape has opened up considerably to the potential of foreign-born talent, thanks in part to the soaring growth of both inbound and outbound travel, globalization and social media.

But 20 years ago, the notion that an immigrant chef—and a person of color at that—would harbor such a lofty dream and dare to imagine themselves being accepted as a peer to chef titans, such as Joël Robuchon and Alain Ducasse, on French soil was audacious, brash and verging on crazy.

“I’m sure that people made fun of me whenever I talked about it,” Kobayashi says, chuckling.

After moving from Japan to France at the age of 21 and working in Michelin-starred kitchens throughout the country for about 10 years, including Restaurant Alain Ducasse at the Hôtel Plaza Athénée in Paris, Kobayashi broke out on his own to open Restaurant Kei in 2011.

Critics have labeled his cuisine everything from Franco-Japanese and “Japonisant” to “French cuisine that uses Japanese ingredients.”

But the soft-spoken Kobayashi has a much simpler description.

In January, when the chef took to the stage at the Michelin awards ceremony, he thanked France for giving him the chance to live out his dream.

“I’m proud to be in France. And it’s thanks to you. I’m a foreigner and you accepted me,” he said. “There are a lot of Japanese in France and you have accepted us. For this, I thank you. Thank you, France.”

It was a short speech, but one that could be dismantled to mean much more.

When Kobayashi moved to Paris, he didn’t speak French. He knew little about the culture. But he came with the single-minded vision of mastering French cuisine after watching a food show starring Michelin-starred chef Alain Chapel in Japan. Interestingly, Kobayashi admits it wasn’t the food that inspired him, but the white chef’s coat that Chapel wore, and all that it represented: finery, authority, master chef.

Though he comes from a cooking family—his father is a chef in a kaiseki restaurant in Japan—and a country with a rich culinary heritage in and of itself, Kobayashi says he deliberately focused on French cuisine because, in short, he wanted to conquer the world.

“No matter where you go in the world, French food has universal appeal,” he said during an interview at his restaurant. “French cuisine is familiar and can be adapted wherever you are. And I want to run the best restaurant in the world.”

The significance of Kobayashi’s admission into the exclusive three-starred club in France can’t be overstated. He’s the first non-French chef to join an elite canon in Paris: Only 10 restaurants in the city boast the three-star rating. And in France overall, that number rises to just 29 restaurants.

Among that group is chef Mauro Colagreco. When talking about breaking glass ceilings in France, you would be remiss not to mention the Italian-Argentinian chef, who became the first non-French chef to earn three stars last year for his fine-dining Menton restaurant Mirazur on the French Riviera. A few months later, Mirazur would take the top spot on the influential World’s 50 Best Restaurants list.

When he first opened in 2006, diners came with preconceived ideas of Colagreco’s cuisine.

“I remember in the beginning, customers were disappointed because we didn’t serve Argentinian beef on the menu. They came expecting to have a big Argentinian steak,” he told Robb Report.

When he first landed an internship at Le Relais Bernard Loiseau in the Bourgogne region of eastern France, Colagreco was the only foreigner in the kitchen. They called him “the little Argentinian.” But when Loiseau himself offered Colagreco a coveted spot as a commis (junior chef) just a week before his internship was due to wrap up, jealousy within the French ranks hardened.

“It was a shock to some of the staff to have a non-French person in the kitchen permanently. Anytime there was a mistake, they blamed it on ‘the little Argentinian,’” he said.

“In those days it wasn’t common to have as many foreigners in the kitchen. But eventually I carved out my own place in the kitchen. They learned to respect me,” adding that he used to be a rugby player.

(Kobayashi says he too threw forks at anyone who hurled racial slurs at him in the kitchen.)

Eventually, Colagreco would move through some of the top-ranked restaurants in France, including Arpège and Restaurant Alain Ducasse at the Hôtel Plaza Athénée. It was here that the chef would be tested to the limits and where professional jealousies nearly derailed his career.

Ducasse hired Colagreco as demi-chef de partie. At the time, all newcomers started at the bottom as a commis and worked their way to the top. The fact that Colagreco, a foreigner, leapfrogged over other staff with years of seniority didn’t go over well in one of the most competitive kitchens in the country.

Disgruntled, jealous kitchen staff members would call Colagreco’s abilities into question. The pressure to retain the restaurant’s three-star standing resulted in long hours and a toxic work environment. Doubt ate away at his self-esteem.

“It was the most difficult moment of my life,” Colagreco said. “I fell into a deep depression. I nearly quit cooking altogether.”

As foreigners, both Kobayashi and Colagreco knew they had to work harder than the rest of the French brigade and prove themselves worthy of their place. Kobayashi talks about being the first one in the kitchen and the last to leave. Of hours spent on his time off practicing and perfecting his cooking techniques. And of trying to outperform his peers in the only areas he could.

Mirazur is perched on the edge of the French Riviera.  Photo: courtesy Mirazur

“I knew I couldn’t compete with other French in terms of communication. To get their respect and be accepted in their inner circle, I had to know more about French gastronomy than the French and master French techniques.”

Another immigrant success story is Lebanese chef Alan Geaam, who moved to France with the equivalent of $40 in his pocket 20 years ago. He slept in the streets of Paris and washed dishes before opening his eponymously named Franco-Lebanese restaurant and unlocking a Michelin star less than a year after opening in 2018.

“For a long time, France enjoyed supremacy. And when you’re at the top for so long, you tend to navel-gaze and stay attached to your traditions,” Colagreco said.

“But there’s a new generation of younger chefs and foreign chefs, people who are traveling more and discovering that there are beautiful cuisines around the world.”

For now, however, no other cuisine outside French has been able to penetrate the inner sanctum of the triple Michelin-starred club in France.