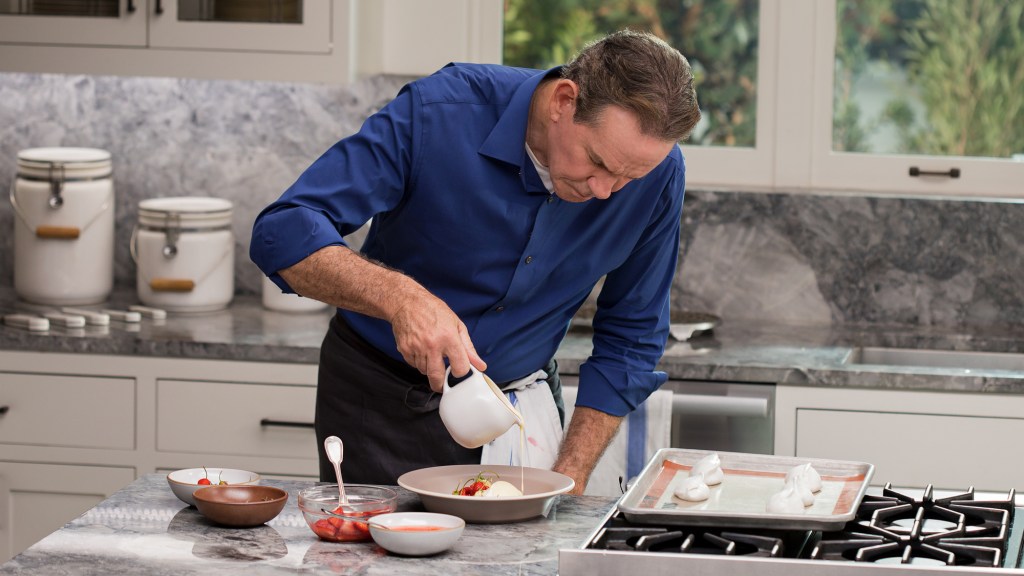 In the middle of the 20th century, the United States was largely considered a backwater in the culinary world. It took a whole host of chefs and restaurateurs to elevate the restaurants and food in America to put its scene on par with the world’s best. Among the many pioneers, three have added enormously to cooking in the States: Thomas Keller, Alice Waters and Wolfgang Puck.

Keller’s precision and Francophilia brought American fine dining to new levels. Waters’s approach to produce ushered in an era of farm-to-table cooking. And Wolfgang Puck’s California cuisine merged multiple cultures on each plate (author Andrew Friedman wrote a great book exploring this era of American culinary history called Chefs, Drugs and Rock & Roll). As you work on your quarantine cooking project, a great place to start is learning from these legends by taking one or all of their respective Masterclasses.

As with all Masterclasses, the courses are a series of video lessons, highlighting a particular technique or dish, with the chefs walking you through each preparation. There are also tasks to help you improve your skills and a workbook you can download that supplements the video lesson with assignments and recipes.

As the only American chef with two restaurants holding three Michelin stars (The French Laundry and Per Se), Keller is an ideal teacher of technique, as the level of detail he brings even to the simplest of dishes—like his beloved roast chicken—will benefit the home cook. His cookbook Ad Hoc at Home has been one of my most used and reliable tomes in my cooking arsenal since it was first given to me in 2009. Keller has made three separate Masterclasses. His first series focused on building blocks of cooking like braising and sourcing ingredients; his second showed meats, stocks and sauces; and the third was all about seafood, sous vide cooking and restaurant-quality desserts.

At her restaurant, Chez Panisse in Berkley, Calif.—one of the most influential restaurants in American history—Alice Waters has emphasized a connection to the earth in cooking. The food served is seasonal and ingredient-driven. Those are things that practically feel cliché at this point, but when she started were far from the norm at restaurants across America. From Waters you’ll learn grilling, baking, roasting, salad making, sourcing products seasonally, menu planning and tips on entertaining.

Puck, the Austrian-born restaurateur who practically invented the celebrity chef with his flagship restaurant Spago, will explore basics of dish creation, plating, sauces, and menu planning. Always the lively raconteur and inveterate name-dropper, he intermixes his lessons with amusing anecdotes about wanting to cook, learning to be a chef, and the inspiration behind his singular and iconic approach to cuisine.