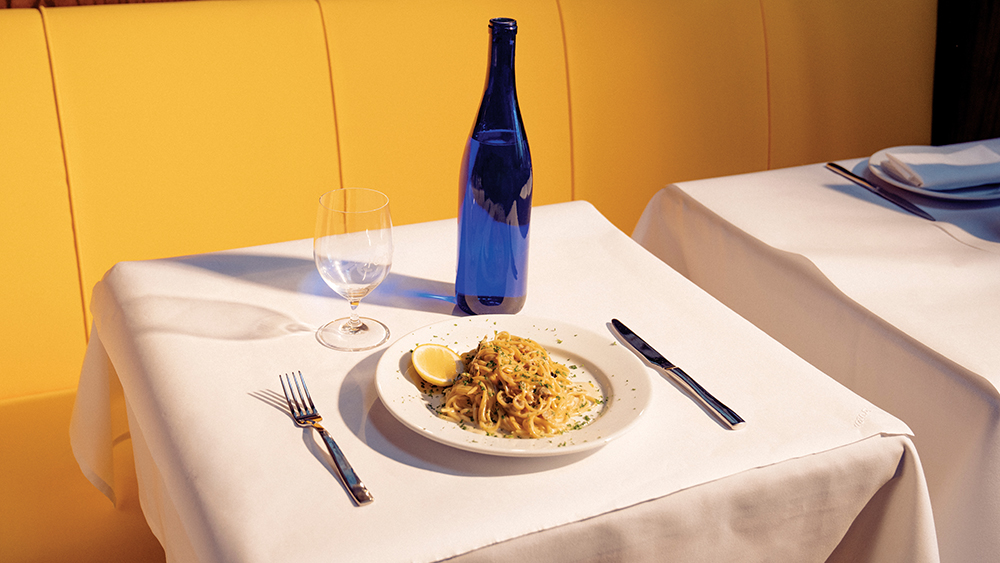 One of the buzziest restaurants in Los Angeles is currently buzzing for a not-so-great reason: The owners of Horses seem to have been involved—and may still be involved—with the disgraced restaurateur Ken Friedman.

In a new report from Eater LA, Horses’ Liz Johnson, Will Aghajanian and Stephen Light acknowledge that Friedman helped out with the restaurant in its early days, but say he has no current ties to the spot. Friedman, however, says he’s a profit-sharing owner of the perpetually packed restaurant that has gained national acclaim, including a spot on Robb Report‘s 2022 ranking of the 10 Best New Restaurants in America.

“I own 20 percent of Horses,” he told Eater. “It just doesn’t make any sense for me to say anymore that I’m not [an owner] … People know, the word’s out. Why should I hide it?”

To back up a bit, Friedman made his name opening hot restaurants like New York’s The Spotted Pig, leading to a massive hospitality empire with restaurants across the country. In 2017, amid the #MeToo Movement, several women accused him of sexual harassment, and he eventually admitted to improper and sexualized workplace behavior. Not long after, his restaurants started to close or he was forced out of management. Eventually, Friedman’s ordeal culminated in him settling with former Spotted Pig employees for $240,000 and that restaurant closing shortly thereafter, in early 2020.

Less than a year later, enter Horses. Apparently, Friedman helped the team behind the restaurant secure the initial lease for the space in September 2020. After Horses opened in September 2021, he remained in contact with Johnson, Aghajanian and Light, and Eater reviewed and published text messages between Friedman and Light in which profit-sharing was discussed.

In response to those messages, a representative for Light told Eater, “Ken was never and has never had any official involvement with Horses. He is not on a single signed document, has never benefited financially from the restaurant, and will never benefit financially from Horses at any point. Ken was involved in very early conversations of Horses, but his behavior became extremely inappropriate and we cut all ties.” (Light would not elaborate on Friedman’s alleged conduct.)

In a statement to Robb Report, Johnson said, “I’m speaking on behalf of all of my partners when I say Ken Friedman has never or will ever receive compensation, or benefits of any kind, from the businesses that we are a part of. Any discussions that you’ve been made privy to are just that—discussions, nothing more, nothing concrete. He is not a partner, a silent partner, an investor, a consultant, nor someone I would consider a friend.  He is, however, someone that lived up to his reputation and for that, Will, Stephen and myself removed him from our lives.”

For his part, Friedman denied to Eater that anything inappropriate happened between him and the Horses team, and said he thought that he had a positive relationship with Light and Johnson before seeing Light’s statement to Eater.

With Horses already booked out a month in advance when the Eater story drop, it may take some time to see if the revelations have any impact on the hottest restaurant to open in LA in some time.