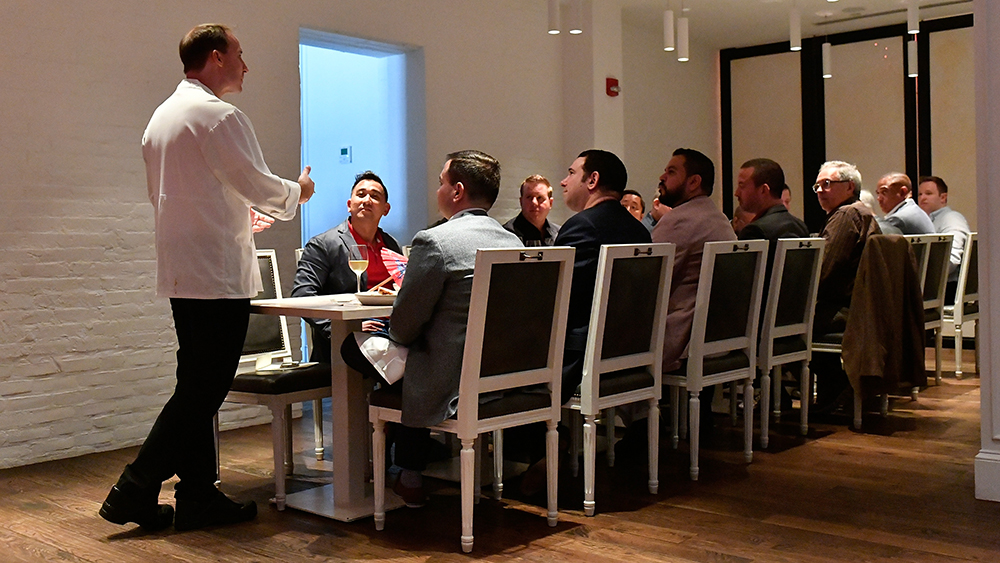 Eric Ziebold of the Michelin-starred Kinship and Métier in Washington, DC, has been accused of using a racist slur with an employee, causing some turmoil at his restaurants.

Klyn Jones, a former server at the French-American Kinship, alleges that Ziebold said the words “stupid N–” to her four times when she worked at the restaurant about three months ago, according to Washingtonian. Starting last week, she began protesting outside the restaurant, and a TikTok of her protest went viral over the weekend. “The owner is racist and [patrons] should not give their money to this establishment,” Jones says in the video.

In response to the allegations, Kinship remained closed on Sunday (it is regularly closed on Mondays and Tuesdays). Ziebold, meanwhile, released a statement attempting to clarify the incident referenced by Jones. “While addressing the concerns of a team member feeling safe in our restaurant, I was asked a question. While stating I would find the proposed behavior unacceptable, I regretfully repeated their word in my response,” he said. “I should have been more sensitive while trying to assure our team member that I was committed to an environment where they would feel safe … I apologize to those I’ve hurt and will strive to do better in the future.”

Jones, however, said in response that Ziebold’s statement did not align with her experience of the conversation or of Kinship overall. In 2017, another employee at Ziebold’s restaurants detailed the toxic working environment to Washington City Paper, saying that Ziebold demeaned his staff and screamed at them all day. (Ziebold didn’t deny raising his voice at times, and said, “There’s a time for coaching, for having a conversation, and there’s a time for, ‘Do what I said.’”)

A representative for Kinship and Métier told Robb Report that during the conversation between Ziebold and Jones, a number of hypothetical scenarios were presented, with questions asked about how they would be handled by the restaurant. The representative said it was made clear that racism and hate would not be tolerated, and this commitment to a safe working environment was reaffirmed the next day during staff lineup.

Currently, Jones has a complaint filed with the U.S. Equal Employment Opportunity Commission. “There is no context that would make the use of a slur in the workplace appropriate or acceptable. It’s hurtful and conveys a deep lack of respect,” she said in a statement. “I hope my protest and statement brings more awareness to these far too common instances of racial harm so they don’t occur in the future.”