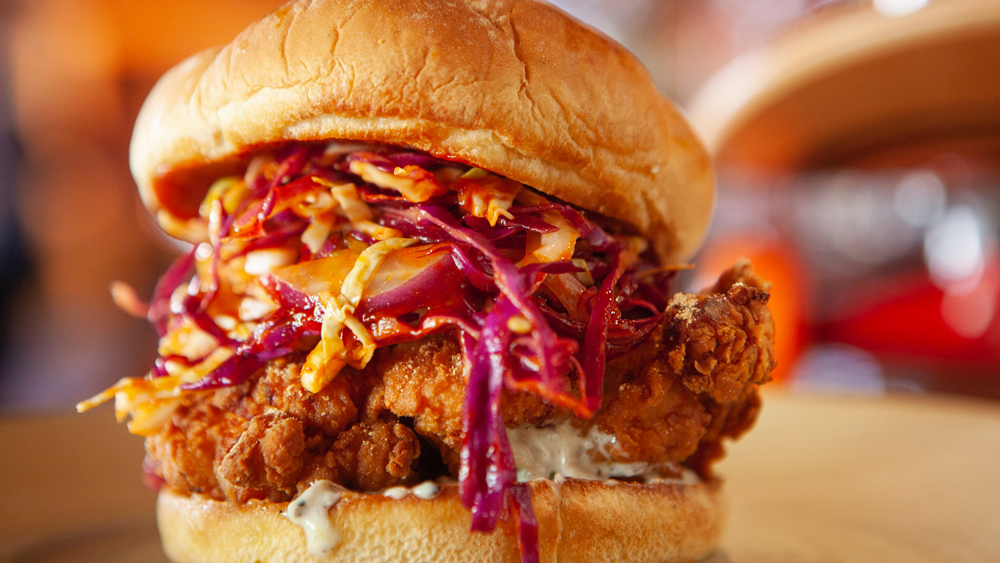 Throughout the 2010s, chefs trained in the crucible of Michelin-star fine dining have left those kitchens and brought their nose for great ingredients and techniques to more casual environs and fare. Sang Yoon had those people beat by a decade. The chef who cut his teeth in France then ran celebrated kitchens in LA, including the legendary Michael’s in Santa Monica, he opened a little craft beer bar in 2000 called Father’s Office and had people swooning for a gourmet burger before Daniel Boulud unleashed his foie gras-stuffed DB Burger on the world.

Since then, he couldn’t resist the pull of fine dining, opening his Southeast Asian-inspired Lukshon in 2011 in Culver City, Calif. But at his two restaurants (which has now grown to four with additional Father’s Office outposts in LA), Yoon wasn’t really digging into his Korean heritage in his cooking. Now, that’s changing. He’s been playing around with his take on a Korean fried chicken sandwich that features charred scallion mayo and kimchi. When he debuted it at one of his Father’s Office locations, it kept selling out and he now plans on offering it at the Downtown LA location as well.

In this episode of Robb Report Culinary School, Yoon joins culinary editor Jeremy Repanich to show how he makes the sandwich, why a you should drink a Japanese whisky highball with it, the original Father’s Office burger became such a sensation and his deep, dark hatred of ketchup.