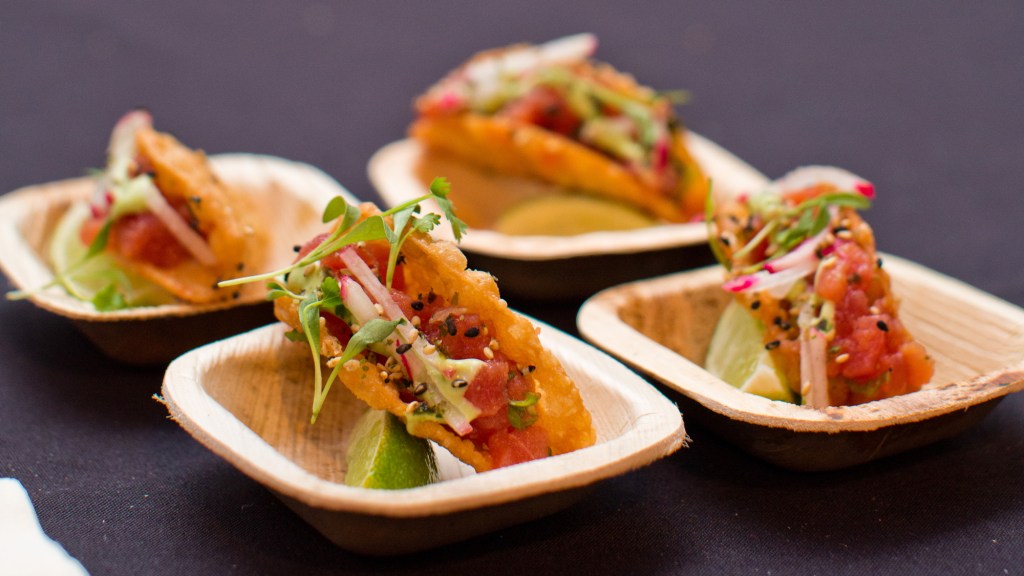 As Los Angeles has grown as a food city, so has the LA Food & Wine festival, which returns for an eighth year this August with events spread across the City of Angels. Award-winning chefs from around the country including Brady Williams of Canlis in Seattle, Alex Seidel of Mercantile in Denver, and Hugh Acheson multiple restaurants in Georgia will join local favorites from Steve Samson of Rossoblu, to Antonia Lofaso of Dama, to Curtis Stone of Maude, and more. We’ve pored over the schedule’s five days of food and found the events you’ll want to check out.

Ultimate Bites of LA
Antonia Lofasa of Scopa Italian Roots, Black Market, and the newly opened Dama will join with Egg Slut’s Alvin Cailan to host a competition between LA’s top chefs where you’re the judge. Chefs like Tin Vuong of Little Sister, David Kuo of Little Fatty, Holly Jivin of The Bazaar, Lisa Q. Fetterman of Nomiko will serve their signature dishes Downtown LA to determine who is serving the city’s Ultimate Bite. (Tickets: $175 and $225 for VIP)

Power Lunch at the Rose Café
One of last year’s coolest events was the Power Lunch hosted at the legendary Michael’s in Santa Monica—one of the cradles of California cuisine—where current chef Miles Thompson teamed with the restaurant’s legendary alums Jonathan Waxman, Sang Yoon, Brooke Williamson, and Nancy Silverton. This year, the Westside Power Lunch will be in Venice at the nearly 40-year-old Rose Café, where Kato’s Jon Yao and Canlis’ Brady Williams will cook with Rose’s chef Jason Neroni and pastry chef Joshua Graves. (Tickets: $125)

Grand Tasting in Santa Monica
Inside Santa Monica Airport’s Barkley Hangar, Curtis Stone, Hugh Acheson, Michele Bernstein, and Timothy Hollingsworth lead a group of celebrity chefs who will serve up dishes along with more than 200 wines. In addition to eating, there will be photo-ops and book signings with some of the country’s best chefs. (Tickets: $175 and $225 for VIP)

Jon Yao and Chad Valencia at Lasa
The festival kicks off with an amazing dinner featuring Chad Valencia of Lasa and Jon Yao of Kato. The pair of young chefs (each with restaurants on opposite ends of the city) will join forces in Downtown LA to showcase their respective cuisines. Valencia explores the Pinoy cuisine of the Philippines, while Yao, who grew up in the nearby San Gabriel Valley cooks his modern take on Taiwanese fare. (Tickets: $150)

Steve Samson and Alex Seidel at Rossoblu
After years of being nominated, Alex Seidel of multiple restaurants in Denver finally took home the James Beard Award for Best Chef: Southwest this year. Seidel brings his farm-driven fare to Los Angeles to cook with Steve Samson, chef owner of Northern Italian-inspired Rossoblu, which we recently named one of America’s Best New Restaurants. The duo will create a power lunch together in the Samson’s open kitchen with the wood-fired grill. (Tickets: $125)