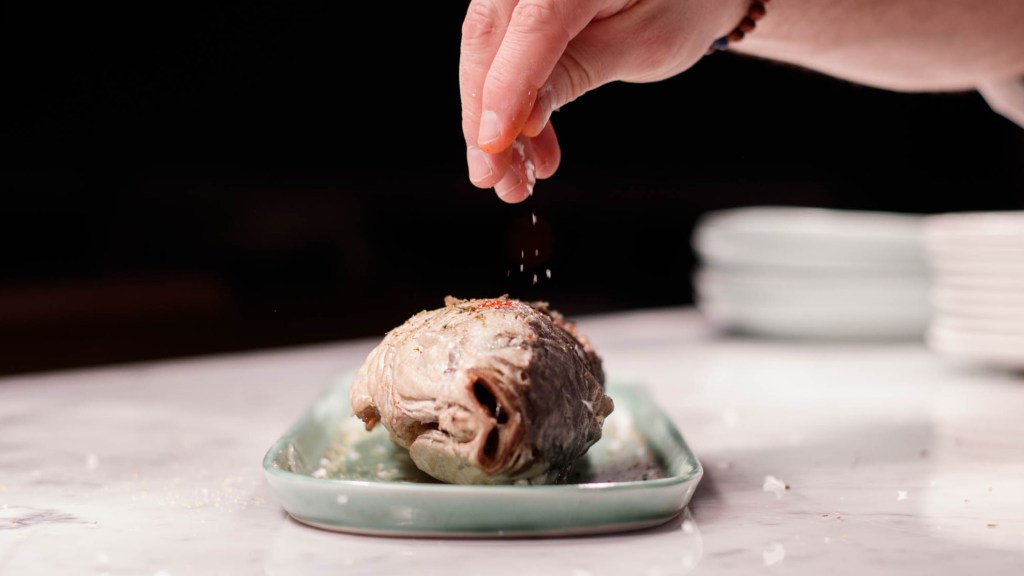 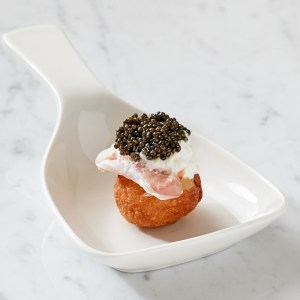 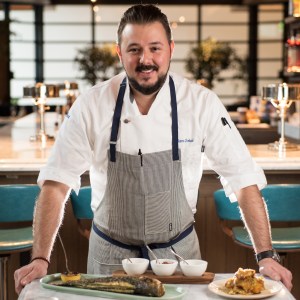 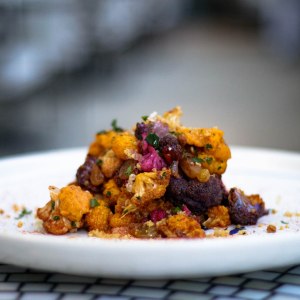 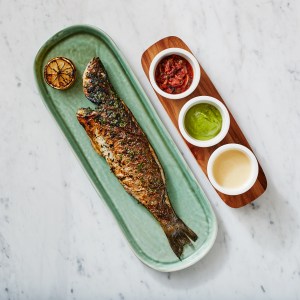 Famed chef and restauranteur Michael Mina disagrees. With chef-partner Adam Sobel leading the way, they have opened Cal Mare—a fish-focused restaurant inspired by the Amalfi coast and Sicily. They believe their devotion to Southern-Italian seafood will set them apart from what others in the city are doing.

“Los Angeles has incredible Italian restaurants—it might be the best city in the country to eat Italian food right now,” Sobel told Robb Report inside his new restaurant at the Beverly Center. “But I don’t know of another one doing Italian fish like us. We’ve got 28 varieties of fish in-house every day. We’re frying mullet whole; our crudos; our caviar program; we’re oven roasting turbot, branzino, red snapper; and we’ve got lobster and octopus. It’s seafood heaven.”

The concept for Sobel’s fish nirvana began three years ago, while he was chef at Mina’s Burgundy-influenced restaurant in San Francisco, RN74. A restaurant on the other side of the country that was also in the back of his mind. “Le Bernardin was always and will always be one of my favorite restaurants in the world,” Sobel says. “I love fish and I always had a dream to do a seafood-inspired restaurant. Then my love for Italian cuisine and pasta-making made me go to Michael and tell him I wanted to do an Italian seafood restaurant.”

The idea kicked around for a few years until Sobel had the opportunity to teach at a cooking school in Italy. With that trip in the works, the Mina team piggybacked a research and development mission on top of it, travelling to 27 separate towns, and finding much of their inspiration from Sicily and along the Amalfi Coast. As they traveled, Michelin-starred chefs invited them into their restaurants to feed them and kitchens to show them techniques. And they observed the differences noting that Sicily was more blue-collar in their approach to cuisine and towns along Amalfi had slightly lighter and more refined fare.

Filled with ideas, when Sobel returned to the states he started developing dishes, and created the pop-up restaurant Postcards from La Costiera inside the Michael Mina Test Kitchen. Many of those dishes have ventured down from the Bay Area to Southern California to find a spot on the opening menu the restaurant they’ve called Cal Mare.

“The name is meant to capture the feel of what we are. The California bounty and sensibility of California cuisine married to the Italian sea, mare,” Sobel says. “Like California cuisine its highly seasonal, market-driven, fresh, vibrant, health-conscious and unpretentious. That just naturally pairs with how Italians approach food. They just swim together.”

With Sobel’s Cavolfiore Arcobaleno exemplifies the restaurant’s approach. Cauliflower is both fried and pickled, tossed in Sicilian chiles, then topped with sea urchin, guanciale, and finger limes. It harkens back to dishes Sobel ate while travelling through Sicily, but utilizes in-season cauliflower and sea urchin from just up the coast in Santa Barbara. The dish is salty, sweet, spicy, and sour all at the same time with the guanciale adding a nice little crisp and the sea urchin a luxurious touch.

Cal Mare’s menu also features Dungeness crab agnolotti, fried blowfish tales, mozzarella topped with caviar, and brick oven pizzas—like the Patate alla Carbonara pie, which has potato, guanciale, black pepper, pecorino, and then a lightly cooked egg that’s beaten and poured over the top of the pizza tableside, making every bite that much richer. But their ambition extends beyond a la carte.

The restaurant will also feature two separate tasting menus. One of them is a tour of the menu, curated by the chef and served family style to the table. The second a 12-course menu, with each dish plated for each individual and featuring caviar and truffles. It’s the opportunity for the kitchen to flex its creative muscles, while not pushing away the segment of LA diners who just want to quickly pop in and grab something to eat.

“You can easily come in and do some fresh pulled mozzarella and have a glass of wine and be on your way, or you can sit down and do a 12-course, two-star Michelin dining experience,” Sobel says. “We can rival any two-star restaurant in the United States.”